Star Trek: The Original Series was one of the most beloved and iconic science fiction shows on television, with the original series spawning a legacy that would eventually include one animated show, five spin-offs, and over a dozen movies. People gather by the thousands at Star Trek conventions each year, shelling out billions of dollars to meet the creators and stars of the shows, listen to their stories and insights about the show, and to simply enjoy the company of other fans. Those who are fans of the show or who are dreaming of adventures in faraway places may want to consider names for their dogs that are inspired by Star Trek: The Original Series.

Dogs were rarely featured on the original Star Trek, although many viewers will remember the adorable one-horned canine from Alpha 177 as an unnamed dog in a fur suit. Dogs have featured prominently in the lives of the actors, however. Majel Barrett Roddenberry, the wife of Gene Roddenberry and an actor in every television incarnation of Star Trek, left four million dollars for the care of her dogs when she passed away in 2008. William Shatner raises Doberman Pinschers, and Leonard Nimoy owned dogs, cats, and rabbits, even running his own pet shop for a short time in the late 60s. It’s not surprising that this beloved show headed by a number of avid animal lovers has spawned a number of animals named in its honor.

While data from dog registrations in New York City reveal that, in New York at least, Star Wars character names are currently more popular than Star Trek character names, there are still seven Spocks, six Khans, four McCoys, three Uhuras, one Kirk, and a Chekov. One particular Mr. Spock, a rescued Mastiff in Missouri, was named after the vulcan because the dog's left front paw was split in two by a rare developmental disorder known as ectrodactyly. The surgery to correct Mr. Spock’s extensive deformity was both rare and complicated enough to make veterinary news, but following his podoplasty and several months of physical therapy, the canine made a full recovery and was able to run and play without pain. Khan is also a rather popular choice for fans of Star Trek, particularly those who have an interest in history, and was the name chosen by the Svilicic family from Atherton, Australia when they adopted an abused and neglected Doberman Pinscher in 2007. Just four days later while playing in the yard with his new family Khan shocked the Svilicic’s by aggressively grabbing their seventeen-month-old daughter Charlotte by the diaper and tossing her several feet away. While it might have initially looked like Khan was a villain in this situation, a little investigation revealed that he was, in fact, the hero of the story. Unbeknownst to her parent, Charlotte had been sitting dangerously close to one of the most venomous snakes in the world, a brown king snake, and Khan was the only one who had noticed. Although he had gotten the child free of danger, the snake still managed to deliver a dose of powerful venom to the dog through a bite to the paw, and Khan was rushed to the veterinarian for anti-venom just in time to save his life as well.

The name you choose for your dog can be quite influential, the right name can encourage understanding and bonding between you and your pet, while the wrong name can hinder training and confuse both the animal and you. The best name is one that you and your family are able to easily pronounce, one that has meaning to you, and one that your individual dog responds to. Choosing a name for your dog can be a very personal decision, depending a great deal not just on the dog’s breed, appearance, or personality but also on your interests and preferences as well as the relationship you have with your dog. Some Trekkies may be rather open with their enthusiasm for the show, naming their little fuzzball of a dog Tribble, or giving their smart, methodical dog the moniker of Spock or T’Pring, while others may choose names that are a little less obvious. The name Vulcan, although easily relatable to the show, also means volcano or volcanic in Latin and it was the name given to a dog owned by George Washington around two hundred years ago and only people with the similar interests will pick up on more subtle names like Majel, Redjac, or Nacelle. No matter where you fall on that spectrum, you should be able to find a name that suits your needs somewhere on this list. 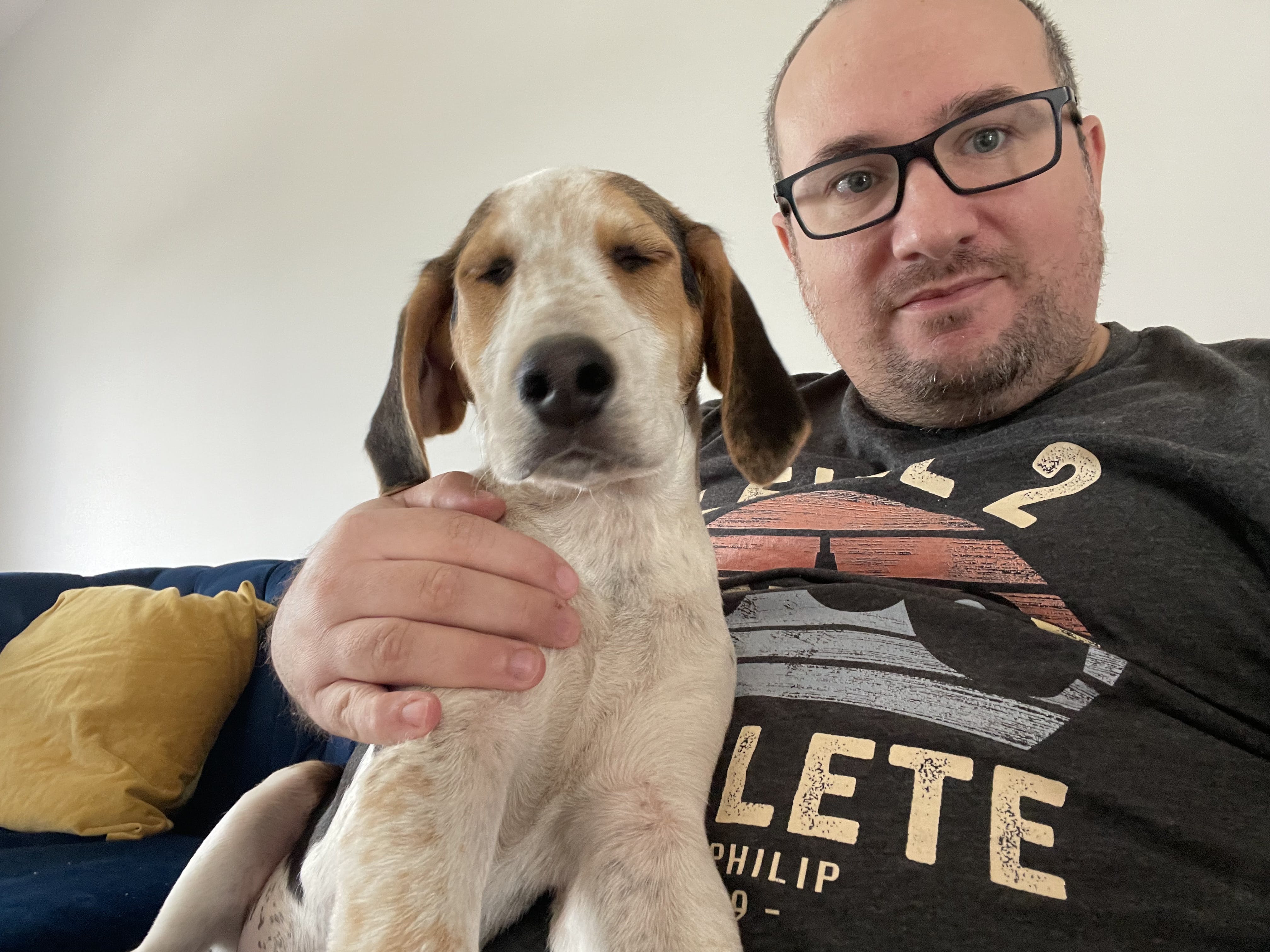 My favourite character from Star Trek The Next Generation, and, I thought, a good name for a dog