Do you find anything significant about the date September 24, 2007? If you're a die hard Big Bang Theory  fan you might know that is the first date the show was aired on CBS. We met and fell in love with nerdy Sheldon, backwards Leonard, and the rest of the gang.There are many of us who wait all week for Thursday nights and won't make any other plans. We already have plans. We have to watch the Big Bang Theory. If you're a fan, you might want to consider giving your new dog a name inspired by your favorite show.

Featured Famous Dog with a Big Bang Theory Name
Baby Howard
Baby Howard is a celebrity Bulldog who lives a pampered, protected life with a loving family and his own bone-shaped swimming pool. Life is good for this 60-pound superstar.A happy ending to this story but it could have gone the other way so easily.

When Howard was just six weeks old he was found wandering alone on the streets of Brooklyn in New York City. He was tiny, just seven pounds, and would have been lucky to survive on his own. Fortunately a Good Samaritan found him and took him to the police, who in turn brought him to Animal Care Centers of NY, the Brooklyn division. He was too small to be put in general population so a volunteer took him home to foster. The shelter contacted local rescue groups and the Long Island Bulldog Rescue (LIBR) answered the call. The LIBR wanted to use the pup as the face of their rescue organization. Howard Stern, "The King of All Media" and his wife Beth were big supporters so the group decided to name the dog Baby Howard..One of their volunteers came to the shelter pick him up and it was love at first sight. Josephine Ciuzio started out as a foster mom but couldn't give him up. He was officially adopted by Josephine and her husband Rob in May of 2011.

A lot of work goes in to becoming the "Prince of All Media". First, Howard went to puppy kindergarten then on to advance classes. He earned his Canine Good Citizen Certification in April of 2012. Howard started making public appearances at rescue events all around NYC. He met many people, one who asked Josephine and him to appear on the Today show. Not long after that Beth Stern, Howard's wife and big LIBR supporter, took him with her to an HGTV show called Posh Pets.

That's when it became obvious that Howard was very good in front of the camera. Ciuzio got him an agent and soon he had modeling contracts and was making TV appearances. He's done ads for Tommy Hilfiger and Ralph Lauren, made many appearances at school and fund-raising events, and even played at the Met in an opera with star soprano Renee Fleming.

Howard shares his home with two other English Bulldogs: Princess, the reigning queen, and Bella. They are all taken care of like royalty, with homemade meals and lots of wardrobe changes. Howard works tirelessly to show the world how wonderful a rescue dog can be and is willing to prove his point with plenty of hugs and kisses.

Giving your dog a Big Bang Theory  inspired name is a great idea but you still need to give the name serious consideration. You'll be saying it over and over again so it needs to be something you and the whole family like, and don't forget the dog. Your pup needs to be able to understand it and if his ears prick or his head tilts when you say it, you're on the right track.

A name is a major decision. Does it fit the pup's personality? Does it suit their looks? Is it easy to say and makes you happy when you say it? If it isn't a unique enough name you may end up with a half a dozen dogs at your feet when you call your dog's name at the dog park.

Names that are fairly short and crisp usually work best. One or two syllables are often long enough. Of course you can choose to give your dog a longer name but you'll probably prefer a shorter moniker. What ever name you choose, have fun with the selection. Take your time, think about it and then pick the name you and the family like best. It will be a blast, just like the Big Bang Theory. 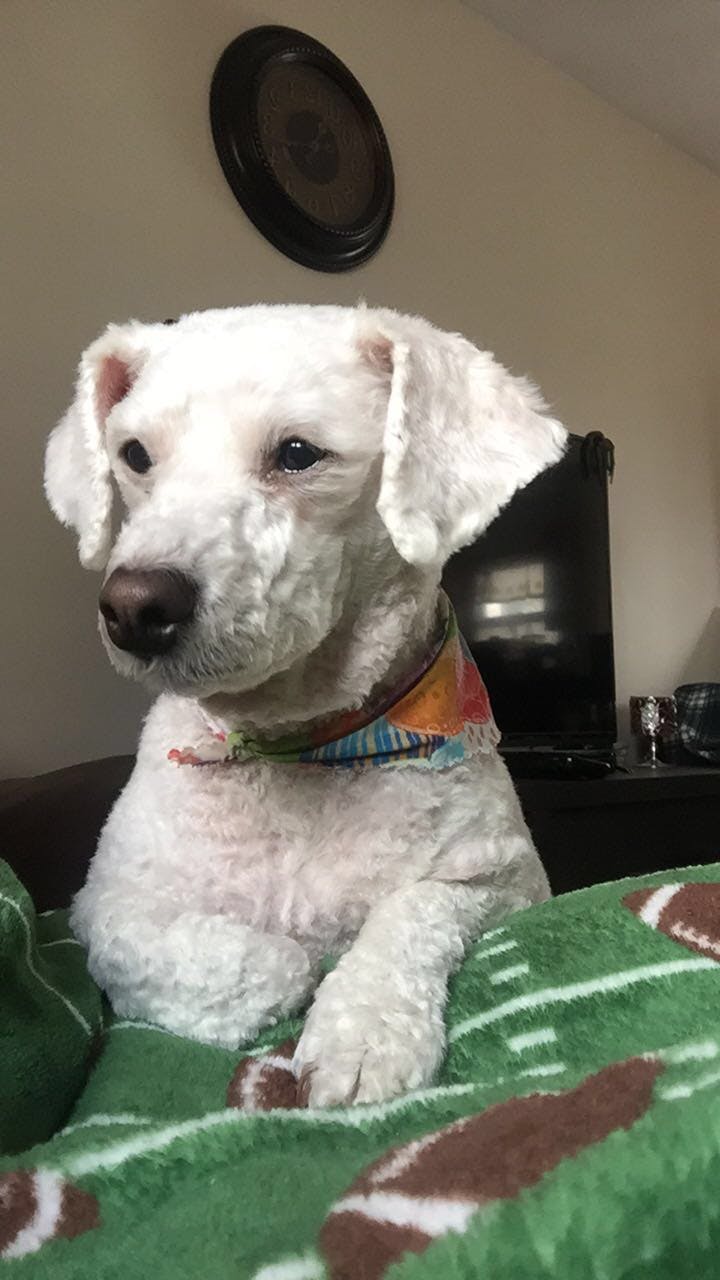