Yoga is an increasing physical and spiritual practice that helps people stay in shape and build a more spiritual life by connecting with themselves and realizing stress. It is not related to any religion, and its principle is to connect with our inner self through mindfulness and breathing, as well as respecting everything that is. If you are leaning towards a spiritual life and love practicing yoga or would like to start, maybe this is a the theme to consider as you choose a name for the new dog in your life. You probably see your pet as a source of inspiration and endless love, and a yoga name can express just that.

Dogs have always been called ‘man’s best friend’ and over time human-dog bonds have become more and more strong. Dogs join humans in every activity; they sleep, travel, go to restaurants and cafes, go hiking, jogging, and surfing with us. So it is not entirely unexpected that dogs also started doing yoga with us! Dog yoga, better known as ‘doga’, is a new passion where people practice yoga with their pups. This practice is an adaptation of yoga asanas, or the taking of a pose, so that dogs could actively participate. The movement started to become popular in 2011 and its objective is to give your dog a better life, making them more relaxed and calm, while you also create a deeper bond.

Suzi Teitelman is a well-known yoga instructor who started practicing yoga with her Cocker Spaniel named Coali and eventually developed a dog yoga practice. It all started because her dog would get on her yoga mat. After a few doga sessions, she noticed how Coali was actually happier and more relaxed. In 2011, she started giving yoga classes where people could bring their dogs and people were really happy to participate.

Doga has become more and more popular and now you often see dogs practicing yoga with their owners. This practice has also become trendy amongst celebrities like Lance Bass (Ex NSYNC) who recently started practicing with his pup, and Hugh Jackman who has shared snaps of him and his dogs practicing some asanas.

A widely-known doga star is Secret, a 3-year-old Australian Shepherd who excels at this exercise. Secret and her owner, Mary, have become widely known thanks to the videos and photos of their doga practices that are all over the internet. All dogs are special and intelligent, but Secret appears to be (by far) the best dog yoga practitioner. She goes from basic yoga poses, to more complex ones that require a lot of equilibrium and concentration. Secret is the perfect depiction of a dogi. She is sweet, incredibly intelligent, graceful and a great companion. She and her owner do everything together; Secret always helps Mary and joins her in every activity. And of course, doga is her favorite thing to do!

In addition to the doga movement, yoga dog images have become widely popular and you can see them everywhere. There are now calendars, notebooks, memes, and postcards with images of dogs doing yoga poses that could go from very basic ones like the downward facing dog, to the most difficult ones like the scorpion pose. These images are cute, fun, and definitely refreshing, so it is quite easy to understand why they are so popular.

Yoga, although it can be difficult, is a peaceful practice that aims to connect us with our inner self and to diminish daily life stress. It is focused on breathing and on moving our bodies consciously. It starts from the believe that everything, animate and inanimate, is energy and that it should be respected. People who practice yoga are more often than not, very calm, kind, mindful, and spiritual. So, dogs that have angelic appearances and sweet personalities may be suited to a yoga name.

It is safe to say that yoga inspired names would be best suited for calm, gentle dogs that have a sweet, graceful personality. Super loyal and sweet dogs like the Labrador and the Golden Retriever, with their angelic faces, are a perfect fit for a yoga inspired name. Also, very intelligent and wise dogs like the Akita would carry a yoga name quite well, particularly because of their deep gaze. This is a great name inspiration for slender looking dogs, as yogis are usually slim and graceful. Dogs like the Azawakh, Irish Setter, Ibizan Hound, and the Saluki, with their lengthy extremities, slender bodies, and graceful walking, are great candidates for a yoga inspired name. 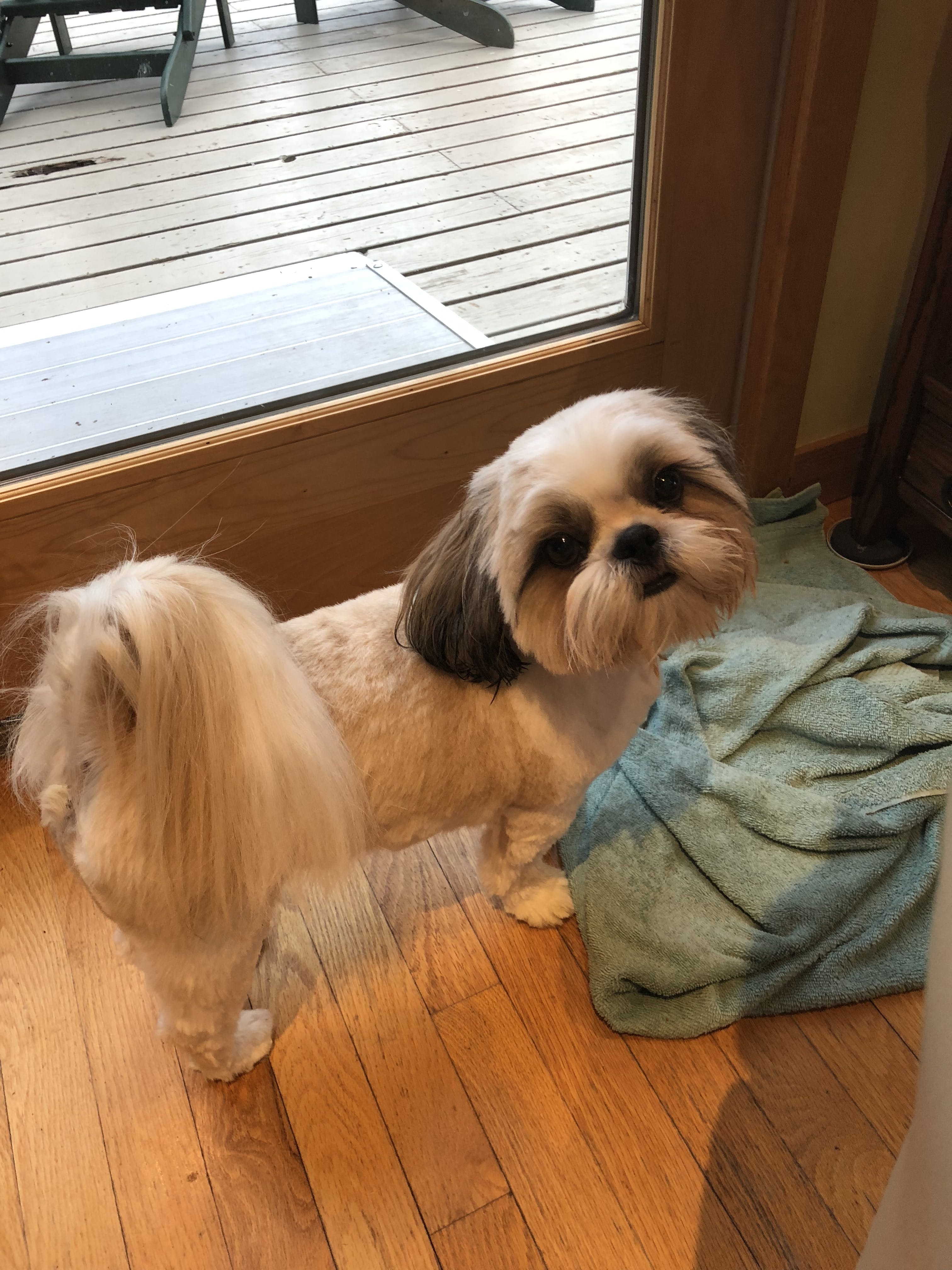 We have friends who named their female Shih Tzu Shanti, meaning peace. We wanted to name our male Shih Tzu something Tibetan or Yoga inspired like Shanti. Bodhi means enlightenment. Like the Bodhi tree.