“Spread Good Vibes & Live Every Day to the Fullest!”

Whether it be a terrier, dachshund, retriever, or lab, I cannot remember a time when I didn't have a canine family member. Currently I have one big pup (120 lb. Lab/Shephard Mix) and one small pup (35 lb. Blue Healer Mix).

Hi my name is Eunice. I've been with Wag for 3 yrs. I love working with dogs and being around them. I have worked at Camp Bow Wow which is a doggy day care and boarding facility. And I am also Pet CPR certified. I've had dogs pretty much my entire and have 4 of my own now. I treat them as if they were my babies and will do the same for your fur baby. They just bring so much happiness to my life. So I can't wait to meet your fur baby and give them the exercise, love and attention they need.

“Always Prepared for Anything!”

I grew up in Grand Prairie, was former military, and had been working in an Austin foodtruck. Now, I'm working on a mobile chess and coffee club! I have a yorkie named Charlie, and a chihuahua/yorkie named Brownie. I endeavor to be a true professional as a dog walker. I believe in attention to detail, extreme ownership, safety as the number one priority, earning trust, and learning everything there is to know about how to be a really great dog walker.

“I will love your furbabies like they're my own!”

I'm a easy going, nature & animal loving gal. I enjoy walking & love to spoil my 4 legged babies. I have prior experience in the veterinary field & animal rescue. I have always had animals of all kinds throughout my life & have always had a way with animals. I am never more at home than being around animals.

The city of Mesquite, Texas serves as a sleeper city for nearby Dallas, but don’t let that fool you. Mesquite has built quite a reputation of its own, and the population just keeps climbing. Mesquite is known as the “rodeo capital” of Texas, and considering how many rodeos Texas holds every year, that’s pretty impressive. It’s also the holder of a Playful City USA designation and a Tree City USA award. Mesquite is also home to many notable people, including Joe Bowden, a former professional football player, and Taylor Parks, an actress and singer.

If you’re in Mesquite and you’re looking to have some fun with your canine companion, you’re in luck! Mesquite has a few dog-friendly restaurants, including two Sonic Drive-Ins and, of course, a Mesquite Barbecue restaurant! Who loves ribs more, you or your dog? Mesquite has just one dog park, but there are some in nearby cities, so you won’t have to travel too far. If you need a vet, there are a handful of options in the city, so care for your sick or injured dog is never too far away. Whether you’re looking to enjoy dining with your chow-hound or getting in some exercise, Mesquite is a great place to spend time with the furry family members!

At Mesquite’s Town East Park, you and Fido can enjoy playing together in the Leash Free Zone! With two separate areas that span 30,000 square feet when combined, your dog will have plenty of room to run around and get some off-leash exercise. Locals warn that it can get quite hot in the park, so make sure you bring along plenty of water for both you and your dog. Waste bags are also not provided by the park, so you’ll want to grab some from home. Have a ball at the Leash Free Zone in Town East Park!

If you’re looking for some more dog-friendly dining places, head on over to Mesquite’s Town East Crossing neighborhood! This neighborhood has plenty of options where your dog can dine with you on the patio. Craving a classic? Check out Burger Street, which serves artisan burgers and mouthwatering fries. Not feeling too hungry but in desperate need of some caffeine? No worries! Visit the local Starbucks. Make sure to ask for their dog fare, which is simply a small cup of whipped cream. Your dog will thank you! A leash is required at both establishments, and your dog should be on his best behavior. 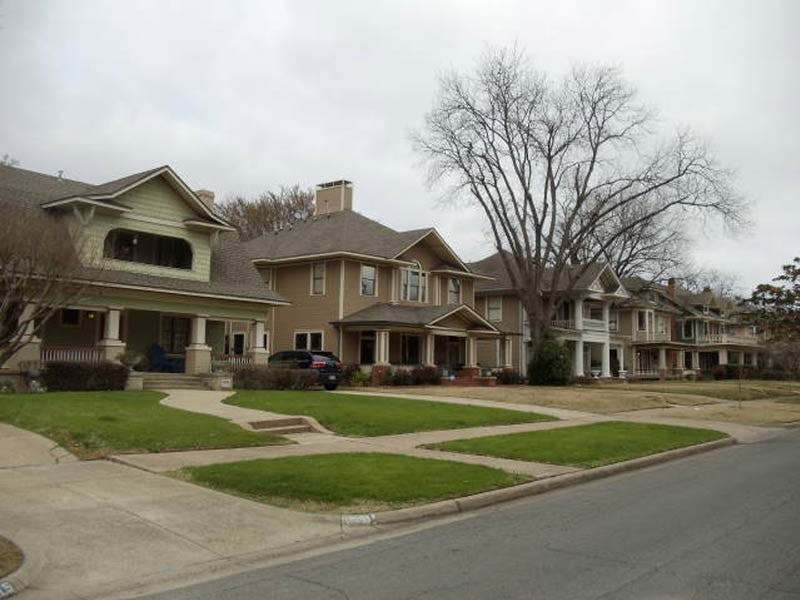 Less than 20 minutes west of Mesquite, you and your playful pup can go to Dallas’s Munger Place neighborhood and visit the Central Dog Park at Central Christ Church. The church actually took an old playground and remodeled it into a dog park to serve neighboring communities! There’s plenty of shade and seating at his bark park, and on hot Texas days, your pooch will be thankful that the park has running water to keep refreshing those water bowls! This dog park is completely fenced in, and locals say the fence is very secure so that your pooch stays safe while having fun. 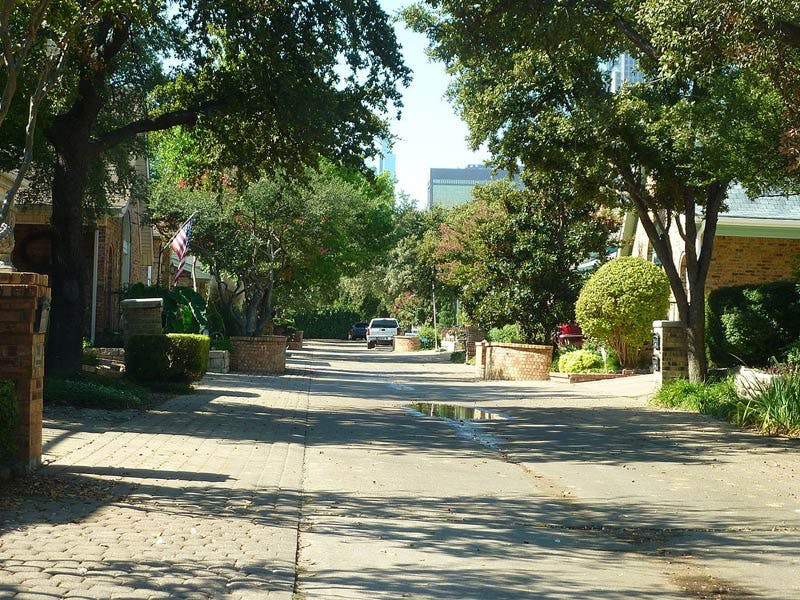 Also about 20 minutes from Mesquite, located in Dallas’s Bryan Place neighborhood, you and Fido can have some serious fun playing at Meadow Fountain Dog Park! This dog park has plenty of room for your dog to get some off-leash exercise while playing with his new furry friends. This dog park doesn’t provide water for your dog, and waste bags aren’t available either, so make sure to bring both of those items along with you. The fence is a picket fence, which means it’s possible for some smaller dogs to slip out, so make sure to watch your dog closely! 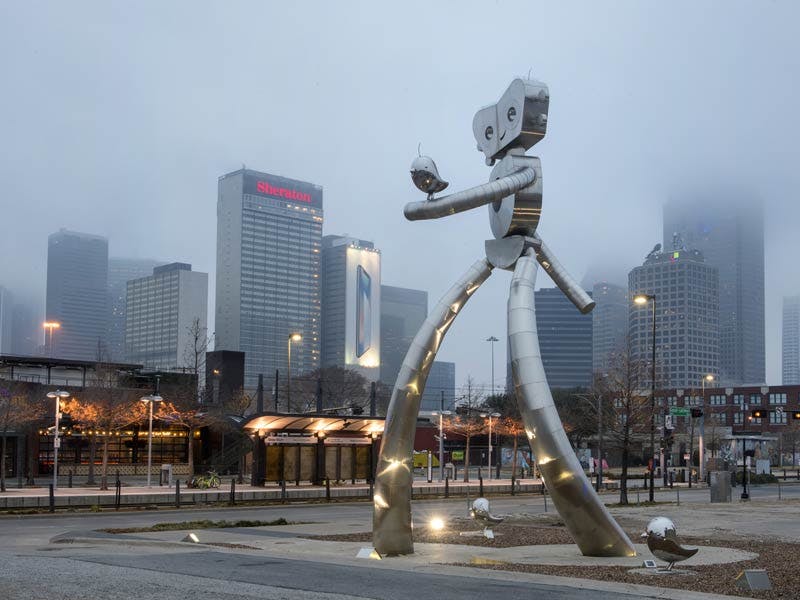 Deep Ellum, a neighborhood located in eastern Dallas, is about 25 minutes outside of Mesquite. If you’re looking for more places to dine with your dog, you have to visit this neighborhood. Allgood Cafe has a lot of food and, as the name implies, it’s all good! For breakfast, try the mouthwatering pancakes. Visiting for lunch? Check out the quesadillas or chili dogs; you’ll be happy either way! There are six dog-friendly tables on the patio, so your four-legged friend can dine with you. Want coffee? Visit Murray Street Coffee Shop, a local favorite with a hip vibe! Leashes are required.