The Anatolian Shepherd is a dog breed that hails from Turkey and was developed in the country’s Anatolian peninsula, hence the name.  This breed was carefully tailored to become guard dogs and to specifically watch over livestock. Anatolian Shepherds have great sight and hearing and are highly intelligent and alert. The breed can make decisions for themselves; they can distinguish whether or not someone or something is a threat on their own. Albeit protective, this dog is calm and quiet. Anatolian Shepherds are affectionate towards the people they consider family. However, they can be hostile towards strangers, even if they’re your friends or close relatives. This breed is definitely not a dog for first-time owners; they will need a master who is firm, confident, and assertive.

The Anatolian Shepherd is not the typical Hollywood dog. But the breed still managed to land roles in some big-budget films including Kate and Leopold, Friends with Benefits, and the famous Warner Bros film franchise Cats & Dogs. The feature in Cats & Dogs is considered the most significant and most famous role an Anatolian Shepherd has ever had.

The film’s story revolves around the secret war between canines and cats, of which the human owners are totally unsuspecting. The plot follows a power-hungry Persian cat named Mr. Tinkles and his plans to conquer the entire earth and destroy a vaccine being developed by a professor called Professor Brody. The vaccine can potentially end a human’s allergy to dogs and foil Mr. Tinkles’ plan of world domination. Basically, the role of the cats in the film is to sabotage canine lives and make all humans allergic to dogs. But the dogs are equally resilient as the cats, and will not go down without a fight. The canines formed a secret agents group called D.O.G.S, and this is where the Anatolian Shepherd enters the picture.

The agent and one of the leading mentors of the agents group is named Butch, which is played by an Anatolian Shepherd. In the film, Butch is a rather serious yet grumpy canine, but is a highly intelligent veteran agent. This is why he was assigned by the head of D.O.G.S, a Beagle named Lou, to mentor new agents. Upon being told that he is in charge of mentoring newbies, Butch wasn’t very happy as he just wants to retire. But Butch knows Lou very well, as he also mentored and trained the Beagle. He has good faith in Lou and trusts that he knows best. Butch realizes that his job has become more significant now that the cats are starting to take over. He ended up mentoring a new agent named Diggs, a clumsy and almost always nervous canine.

During the latter part of the film, Butch, Lou, and another veteran agent named Ivy made plans to ambush the factory where Mr. Tinkles is modifying mice infected with allergy to dogs. In the end, the canines succeeded in taking down the wicked cat’s plans and bringing back peace and harmony within the relationship of dogs and cats.

The character of Butch may not be the protagonist of the film, but he is easily the second most important character next to Lou. He is fearless, daring, strict, and selfless. After the first film, the character of Butch was reprised in the sequel, entitled Cats & Dogs 2: The Revenge of Kitty Galore.

Anatolian Shepherds have many imposing qualities and abilities, all of which are superior to regular dog breeds. This makes them deserving of a well thought-out name. Anatolian Shepherds were bred strictly to guard livestock. Since the breed’s ‘job’ is to guard large animals, breed enthusiasts made sure that these dogs possess a superior build and skills that will make for the perfect guard dog. As a result, an Anatolian Shepherd’s build and color resembles that of livestock, which helps them camouflage among the flock that they’re guarding. They are large, strong, and self-reliant dogs that may appear intimidating at first sight. They are capable of thinking for themselves and are dominant to predators and intruders. They stay true to their roles and take it very seriously. The Anatolian Shepherd is not a dog breed that you can easily mess with.

Having said all of this, it would be sensible to choose a name that reflects the aforementioned qualities. For both male and female Anatolian Shepherds, select a name that emanates power and strength. You can also choose to give them a name that will showcase their dominance while still expressing their loyalty and diligence. You also have the option to name them after powerful men and women in history, people of royalty, warriors, or even deities in mythology books that possess the same characteristics.

It is also worth noting that an Anatolian Shepherd is a Turkish dog breed. So, it would also make sense to choose a name that is linked with Turkish culture and history. 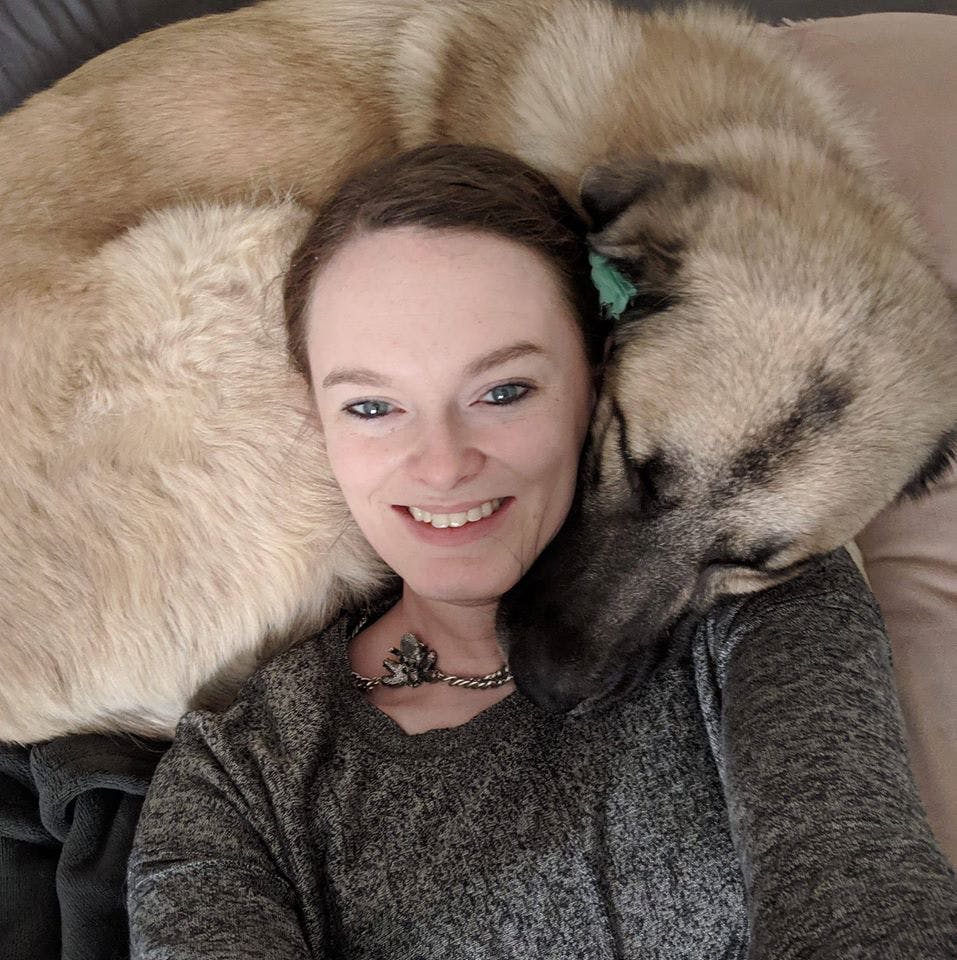 I adopted Stella with her name. I almost changed it and was deciding between Lana and Misha. We adopted another Anatolian Shepherd today, and we're deciding on a name still.. Some of the top choices for us are Calliope, Penelope, Amara, and Misha. :) 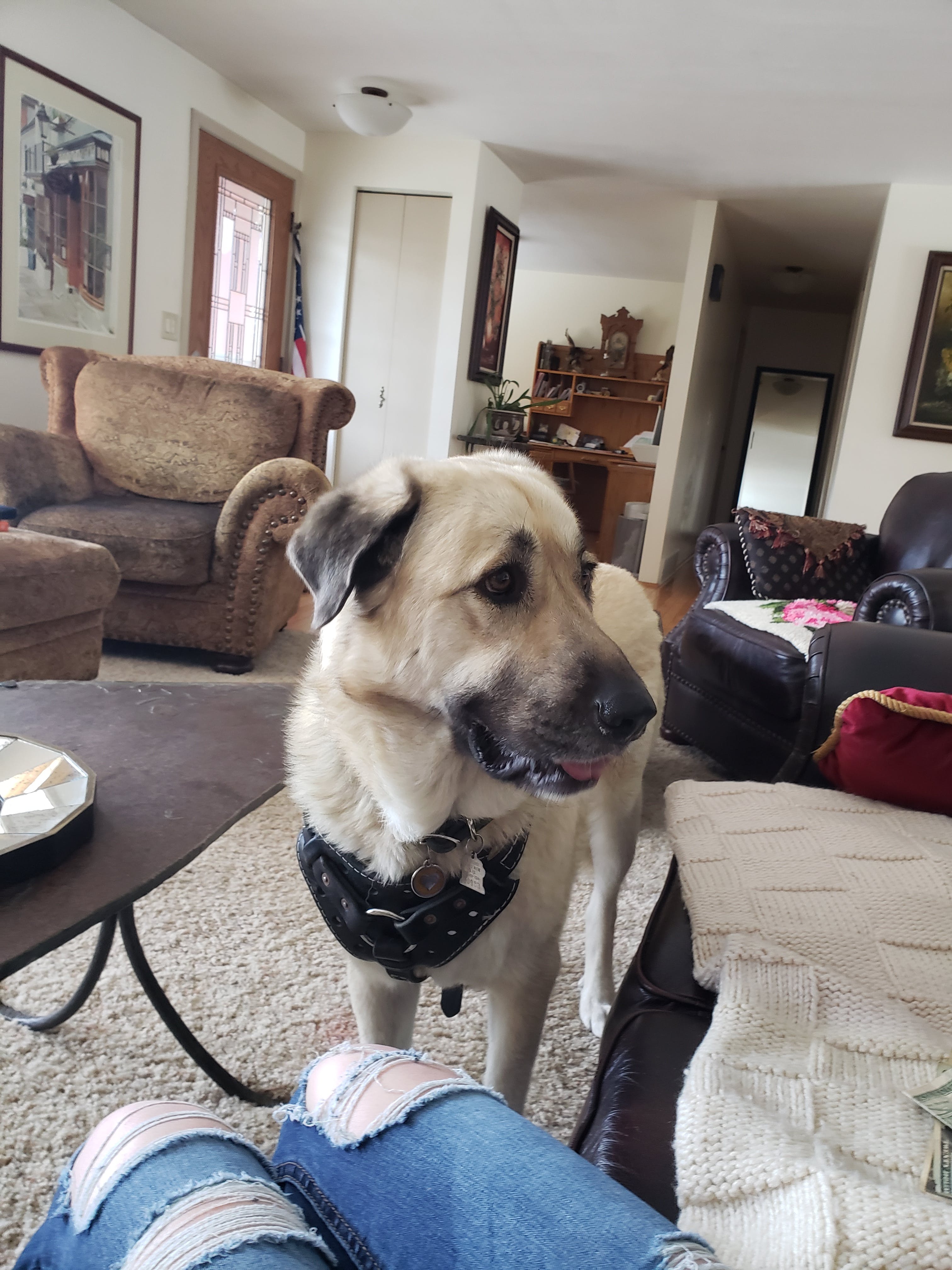 We rescued a 3 yr old Anatolian Shepherd named Athena, but my young daughter had trouble saying it, so we named her Anna Banana.