The color blue is usually associated with calmness, cleanliness and stability. Blue is the color of the sea and the sky, which helps bring about a sense of tranquility. This is why a lot of people like the color blue. Even for pet owners, a blue dog is a unique choice. There are certain dog breeds with blue coats, such as the Blue Bay Shepherd, Italian Greyhound, Australian Cattle Dog and Thai Ridgeback, among others. However, this “blue coat” is more of a gray or silver shade as opposed to a striking blue color. In any case, these blue dogs are still impressive looking and are definite eye-turners.

Blue dogs are not as frequently featured as compared to their yellow, black or white-coated counterparts. However, there are a handful of pop culture references involving blue dogs. One of the most iconic portrayal of a blue dog in recent pop culture is in the children’s show Blue’s Clues, from Nickelodeon. The show, which first aired on September 8, 1996 is a live-action educational show and was hosted by Steve Burns.

In Blue’s Clues, Steve and his dog present a puzzle to the viewers of the show. Several hints are left behind by Blue, which she marks with her paw prints. Steve and the viewers go on a “scavenger hunt” in order to find these clues and solve the puzzle. Along the way, Steve presents a series of mini-games which are related to the main puzzle. He also goes through magical doorways, does the “Blue Skidoo” to warp into another place, and meets a bunch of other characters along the way. He also receives a mail, an action that warrants its own song called “Mailtime”. Towards the end of the show, when Steve and the audience have collected all three of Blue’s clues, they go back to the living room where Steve sits down on the “Thinking Chair”. While in the chair, Steve asks the audience’s help to try and piece together the clues and solve the puzzle. Most sequences of the show have their own songs, including the solving of the puzzle in the thinking chair and when Steve bids goodbye to the audience.

Blue’s Clues was a major win for Nickelodeon and became one of its most successful and longest-running shows. The producers of the show based the show’s format on the viewing habits of children and made sure that the audience would have major involvement in the show. The style of the show also resembled a storybook, which appealed to kids. Moreover, Blue’s Clues was among the first shows to have the American Sign Language integrated into its content. The show’s success garnered them several nominations and awards, including nine nominations from the Primetime Emmy Awards. The phenomenon also spawned a live action production in 1999 and a later spin-off, called Blue’s Room, in 2004. Blue’s Clues helped make Nickelodeon a renowned name in the animation network industry. Not only that, Blue became a household name and remains to be one of the most beloved and iconic canine characters in pop culture to date.

One of the privileges of owning a new dog is coming up with a new name for them. One of the most straightforward ways to come up with a new name is to use the dog’s coat color as inspiration. Obviously, for blue dogs, a name that is reminiscent of their coat color is a good choice. Some good name ideas for a blue-coated dog include “Sky”, “Ash” or “Glacier”.

Of course, you may choose to look at the other attributes of your dog when brainstorming for a name. It may either be based on your dog’s build, size, markings, country of origin, personality and even unique quirks that your dog may have.

Another thing to consider is that dogs only usually remember the first one or two syllables of a word. Therefore, giving your dog a long name might not make sense in the long run, given that they would not be able to remember it. The best solution would be to choose a short name, with a maximum of two syllables. If you already have a longer name in mind that you really want to give to your dog, make sure that there is a shortened form that you can use as a nickname. 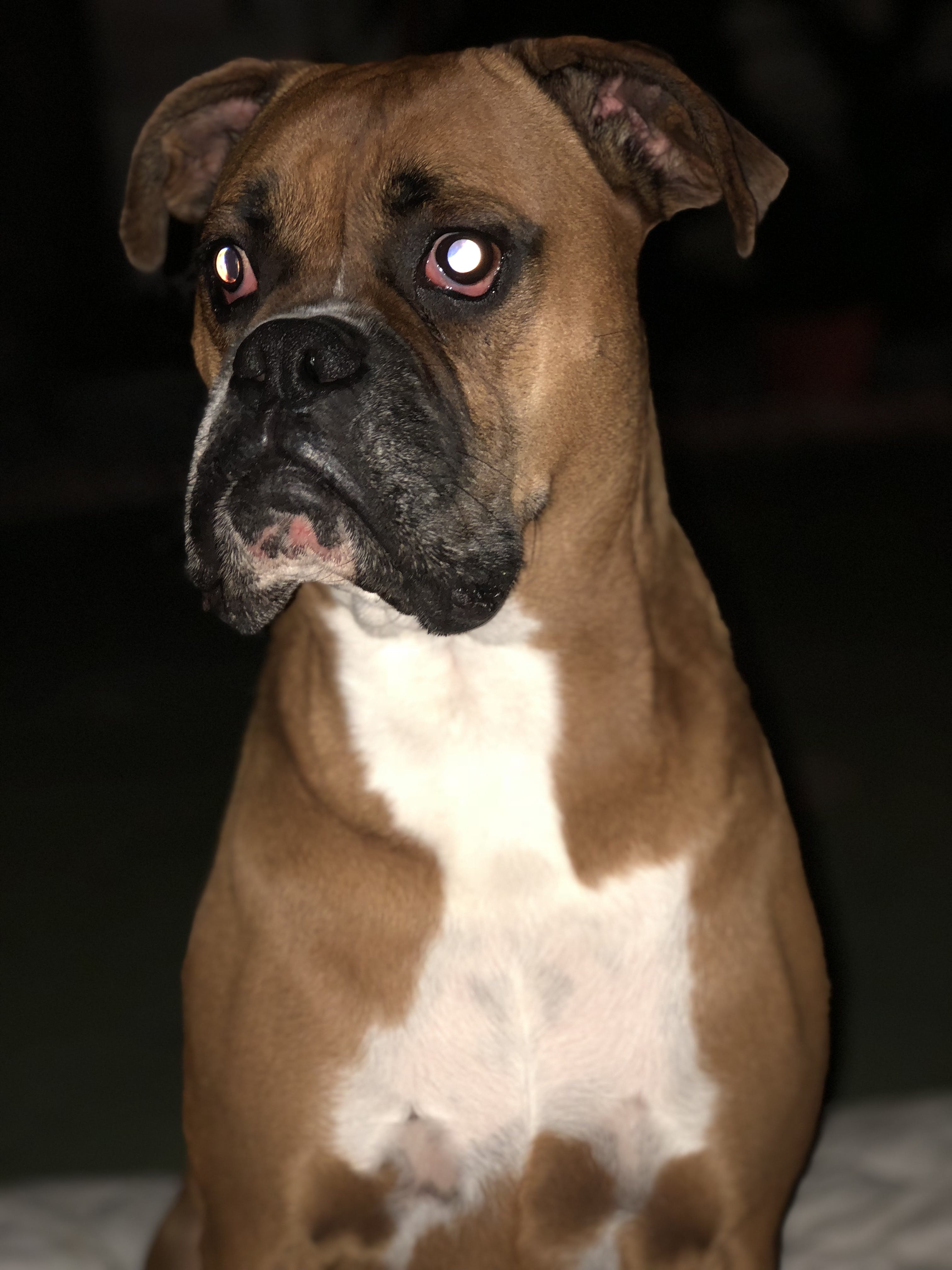 We had a dog named Smoke and from the movie “Smokey and The Bandit” is how we got the name “Bandit”.