The Bouvier des Flandres is a type of herding dog that was initially developed in the country of Belgium. The name Bouvier des Flandres is in French and means “cow herder of Flanders” when translated, in reference to the Flemish origins of the dog breed. Originally, the Bouvier’s primary role was limited to farming purposes, such as pulling carts and herding sheep and cattle. At present, however, they perform a wide variety of roles, including competition show dogs, guide dogs for the disabled, police canines or simply as house pets. The Bouvier des Flandres is an immensely intelligent breed with strength and agility to boot. Given its working background, the breed can handle lots of activity and learn commands with ease. Their devotion, fearlessness and versatility make Bouviers an excellent choice for a household companion.

Among the earliest known Bouvier des Flandres dogs is Belco, who escorted Edmee Bowles when she escaped from occupied Belgium and fled to the United States. Belco also became the pioneer stud of the Clos du Cereberes kennel at Belco Farm, located in Pennsylvania. Another historical Bouvier is Soprano de la Thudinie, hailing from Belgium’s de la Thudinie kennel, owned by Justin Chastel. Soprano was the foundation stud of the kennel and is the most renowned predecessor to the present-day kind of Bouvier des Flandres.

The Bouvier became even more prominent in the United States, thanks to the introduction of Lucky. Owned by the then-president of the United States Ronald Reagan and his wife, Nancy, Lucky is a Bouiver des Flandres who was given to the couple as a gift in 1985, when she was still a nine-week old pup. She was named after the First Lady’s mother.

Lucky’s place in the White House made her a sort of a canine celebrity. She was often photographed playing or walking with Ronald or Nancy. The dog was also known for having a mischievous streak, which made her a bit difficult to train. In addition, she was growing at a fast rate, weighing over 80 pounds and standing at around two feet tall as an adult dog. Due to her size, Lucky could no longer be kept in the White House. This prompted the Reagans to move Lucky to their Rancho de Cielo property, where she ended up living out the rest of her days with the family’s other pets. In spite of her short stint in the White House, her stay became a memorable one.

The Bouvier des Flandres has also appeared in a number of fictional works. The Presidential Agent series, written by W.E.B. Griffin, features Bouviers named Max and Madchen. More notably, the 1872 novel A Dog of Flanders, written by Marie Louise de la Ramee, features a Bouvier des Flandres named Patrasche. The novel is about an orphan boy named Nello who found a beaten dog. With his grandfather’s help, Nello helped the dog recover. He adopts the dog, naming him Patrasche, and soon develop a friendship like no other. The novel is considered a classic in several countries and was adapted into various forms of media such as film, television series and animation.

One of the many joys that come with getting a new pup is the opportunity to pick out a name. As simple as it seems, the task of choosing your dog’s new name should be given serious thought. Remember, the name that you choose will be the one that your dog will carry forever, so be smart about it.

A Bouvier des Flandres is not your run-of-the-mill, everyday pet, which is why it deserves a special and well thought-out name. One of the simplest but ingenious ways to come up with a name for your Bouvier is to look at its history. The breed was originally from the Flanders region of Belgium, which means you may pick from a long list of Belgian names or anything in relation to the country and its culture.

Another simpler idea is to look at the variety of characteristics that your dog possesses. From a purely physical standpoint, the Bouvier is a large-sized dog with a powerful build and tousled double coat that comes in a variety of colors, such as black, fawn and brindle. For example, for black-coated Bouviers, the names “Sable” or “Ebony” would be a great fit. You may use any of your dog’s attributes, physical or not, as a source of inspiration for your new pooch’s name. 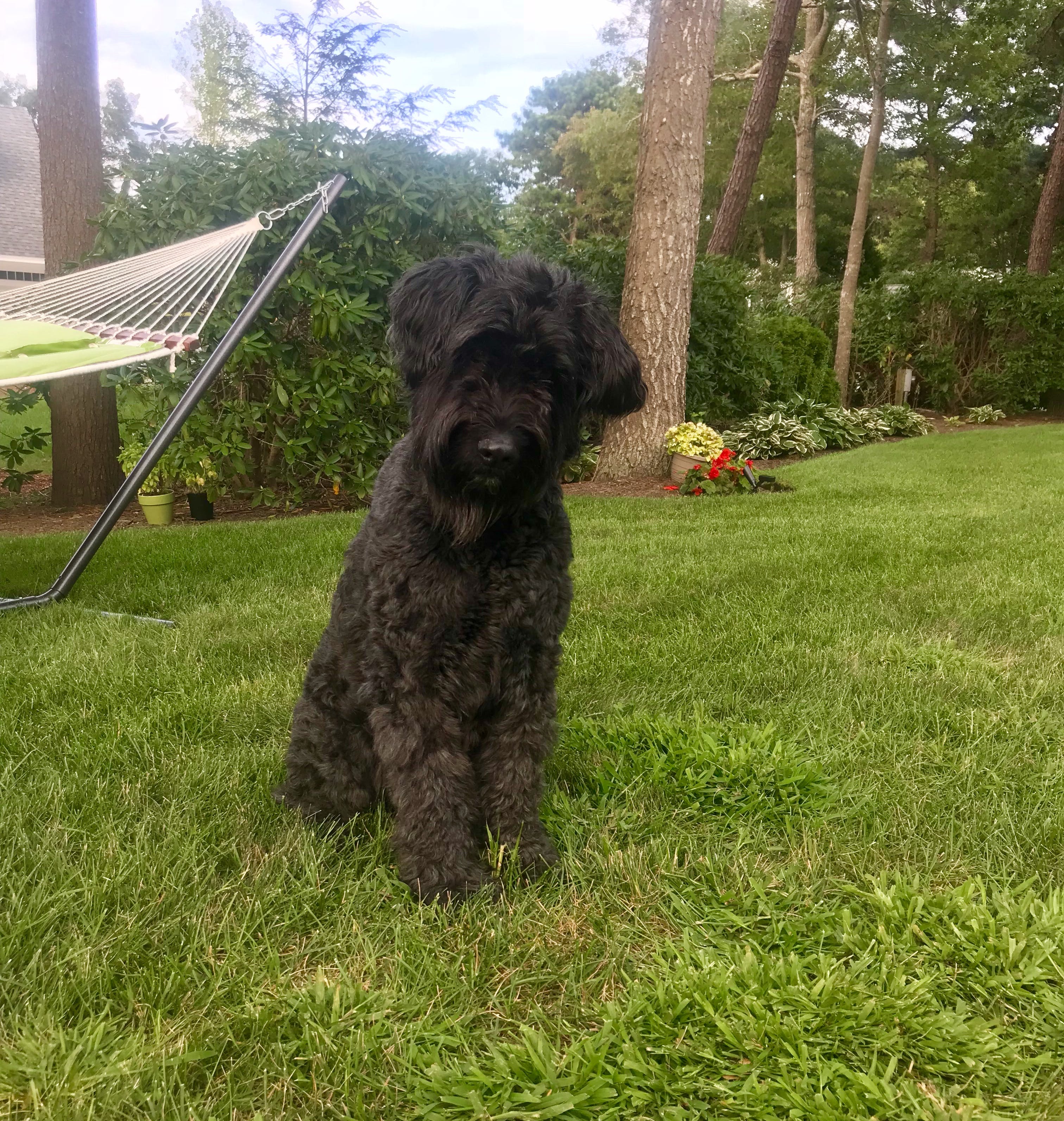 She’s the sweetest dog ever ! 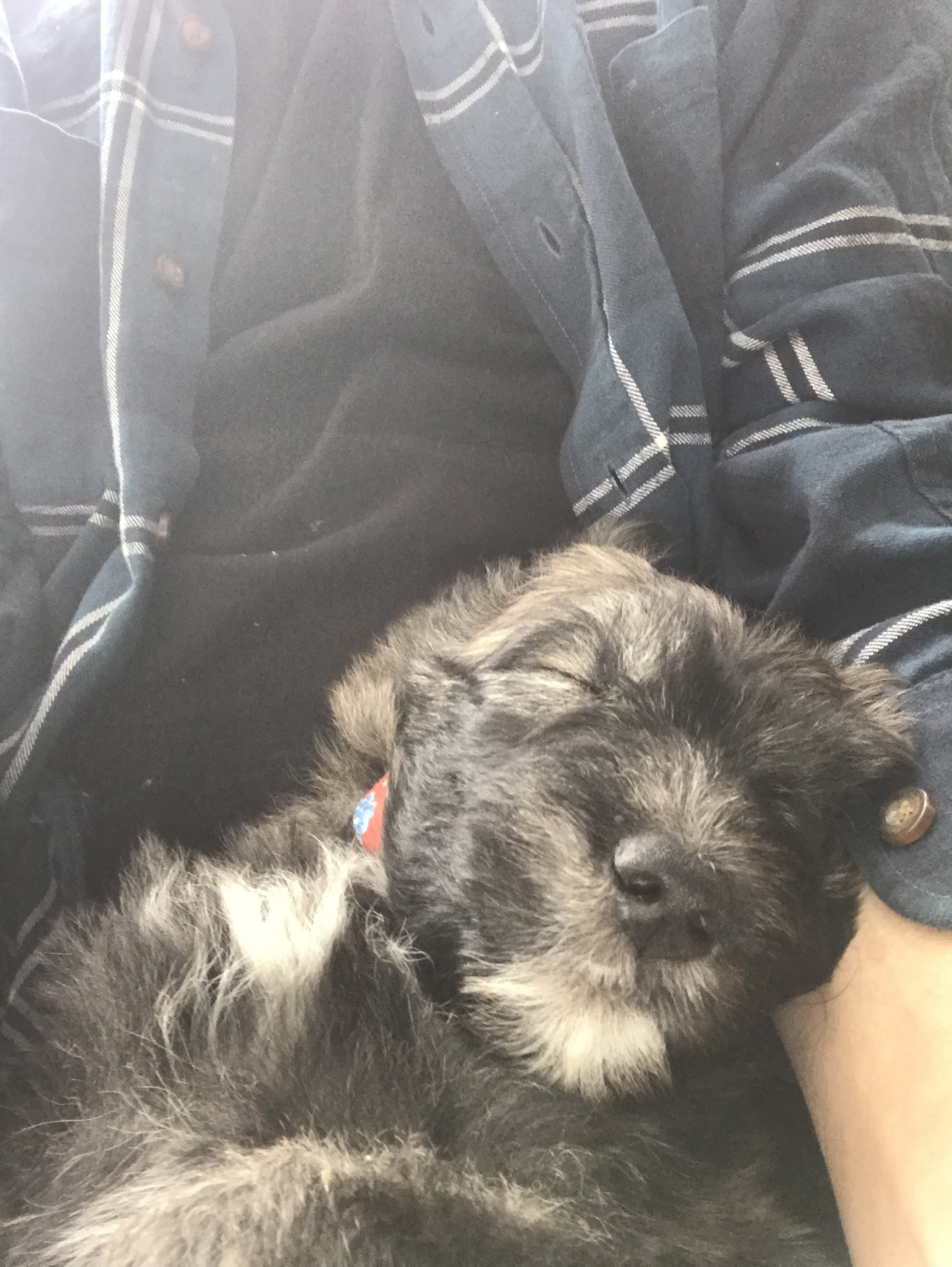