The American Kennel Club recognized this breed in 1995, and suggests that the Cavalier King Charles Spaniel breed is affectionate, graceful, and gentle.  This breed ranks as the 16th most popular breed in America by the AKC, so it’s certainly a popular choice of pet and this is because they make fantastic companions.

The spotlight name in this guide is Harley.  The name Harley was originally a surname.  It derives from old English word, 'hara' which means woodland or clearing.  If your pooch likes the great outdoors, then this could be the perfect name.

Actress Courteney Cox has two Cavalier King Charles Spaniels and is regularly seen in public walking her beloved pooches, Harley and Hopper.  Sources say that she has commented that she loves waking up in the morning to her two lovable companions.

Actress, singer and dancer, Julianne Hough, also owns two Cavalier King Charles Spaniels.  One is named Lexi and the other is also named Harley.  Harley certainly seems to be a popular dog name in the world of celebrities, especially for a Cavalier King Charles Spaniel!  Julianne is inseparable from her precious pooches, and often takes them when she jets off around the country.  She even owns a specially-made shoulder bag, that she can carry them in if they tire.  They certainly are her fur-babies.

The Cavalier King Charles Spaniel makes an excellent family pet.  They love cuddles, attention and companionship and are happy as long as they are getting that.  They should certainly not be left alone for long periods of time.  Although they love cuddles, they like to explore too, and can be quite an energetic breed.  They are curious, gentle and they love to play.  They also make wonderful therapy dogs.

A Cavalier King Charles Spaniel named Zoe Trent appears in the animated TV show The Littlest Pet shop.  This breed is a popular choice for children too.  They are really friendly and this extends from humans to other dogs.  Choosing a name for your new family member is so important, because they play an integral part in any family unit.

When considering a name for your Cavalier King Charles Spaniel there are several considerations that you can make.  Color is certainly one consideration to make and this breed often comes in two or three colors.  Actress Lauren Bacall was inspired by color, and named her four-legged friend, Blenheim. You might consider the breed’s origins, for example, it’s named after King Charles II in the United Kingdom, so a royal name might be fitting, like Henry, Charles or Charlie, or Anne.  Lizzie could also be quite cute and derives from the name Elizabeth, another royal name.  Queen Victoria owned a Cavalier King Charles Spaniel named Dash, who she loved dearly. 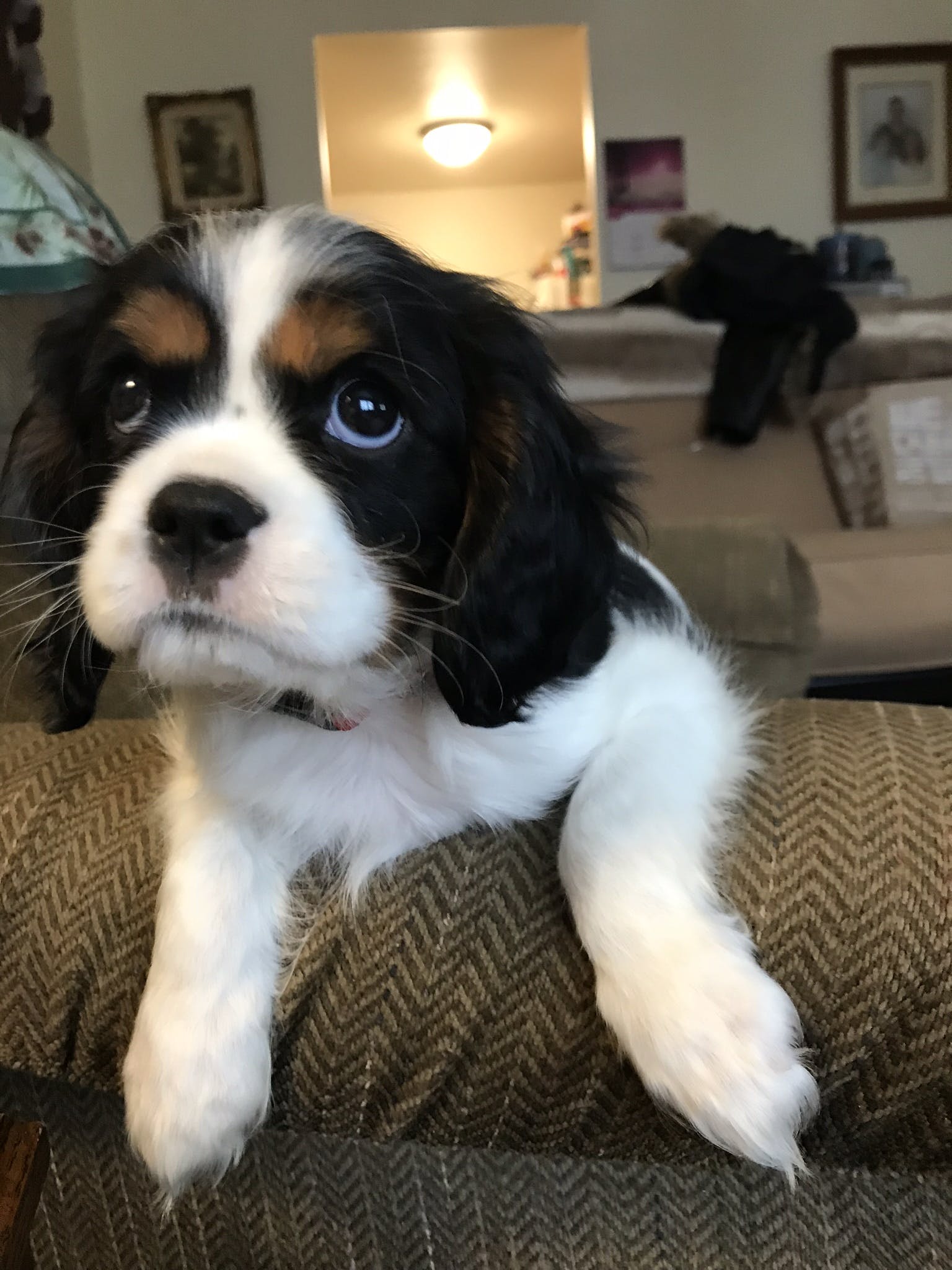 I picked Chester as he seemed to be all fun, wiggly and cute 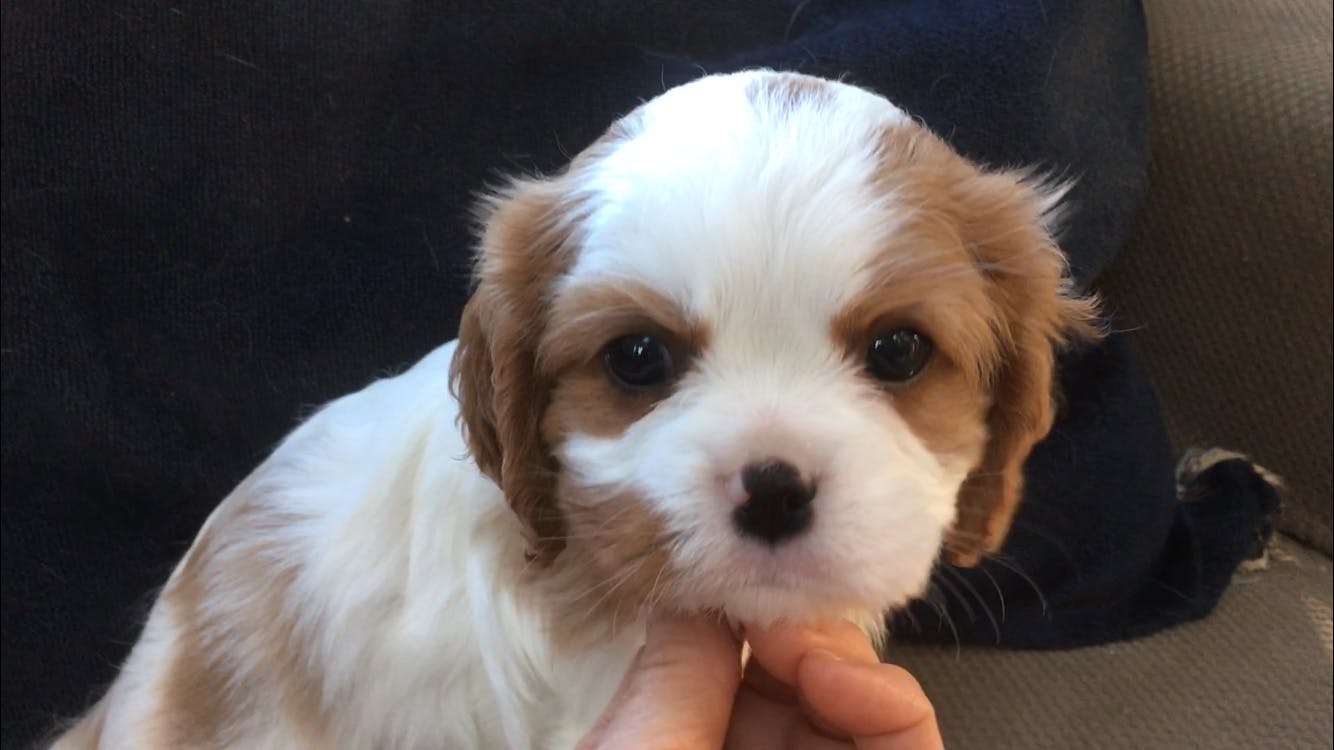 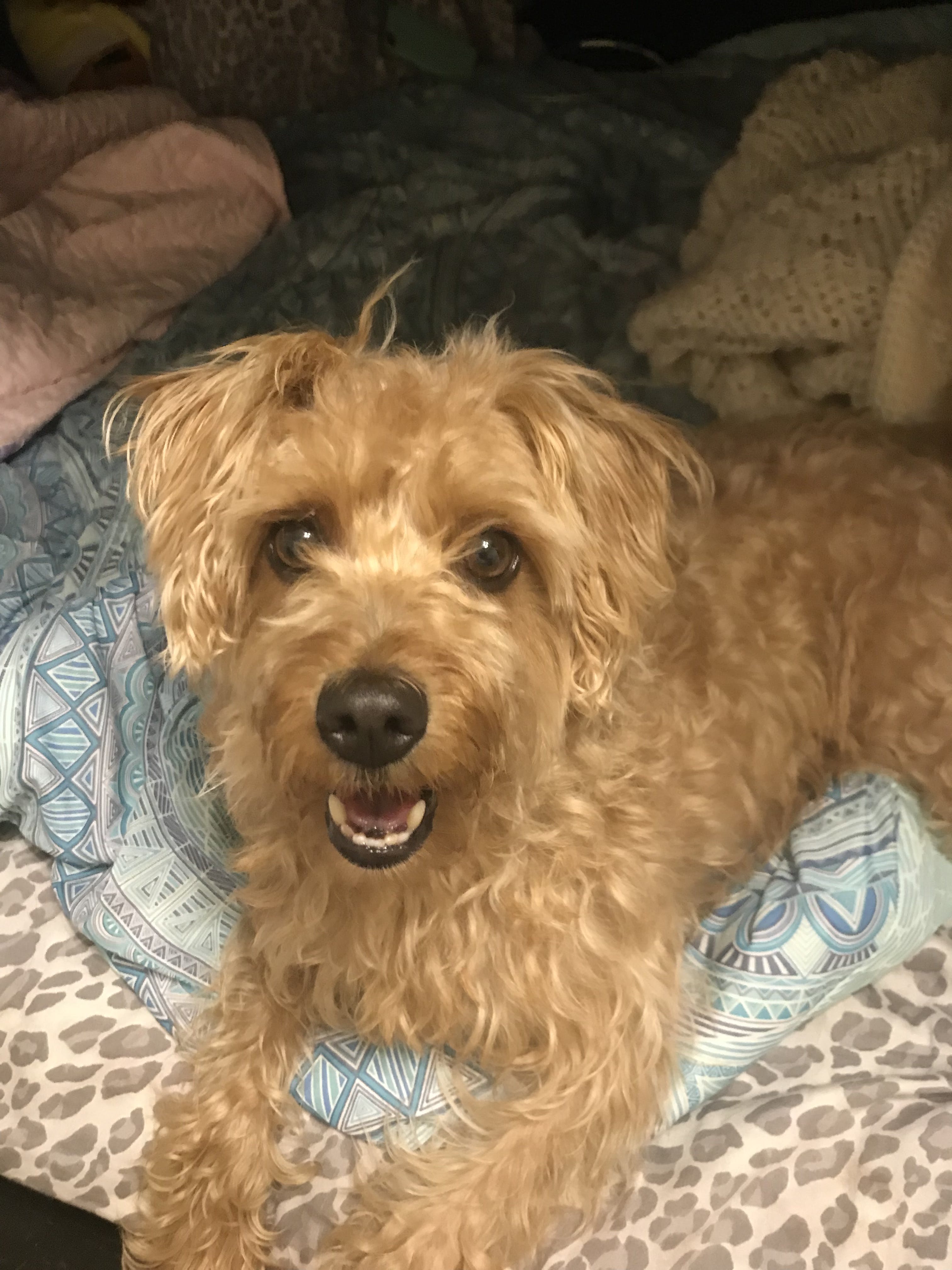 I love mangoes so I named my apricot colored schnoodle mango. 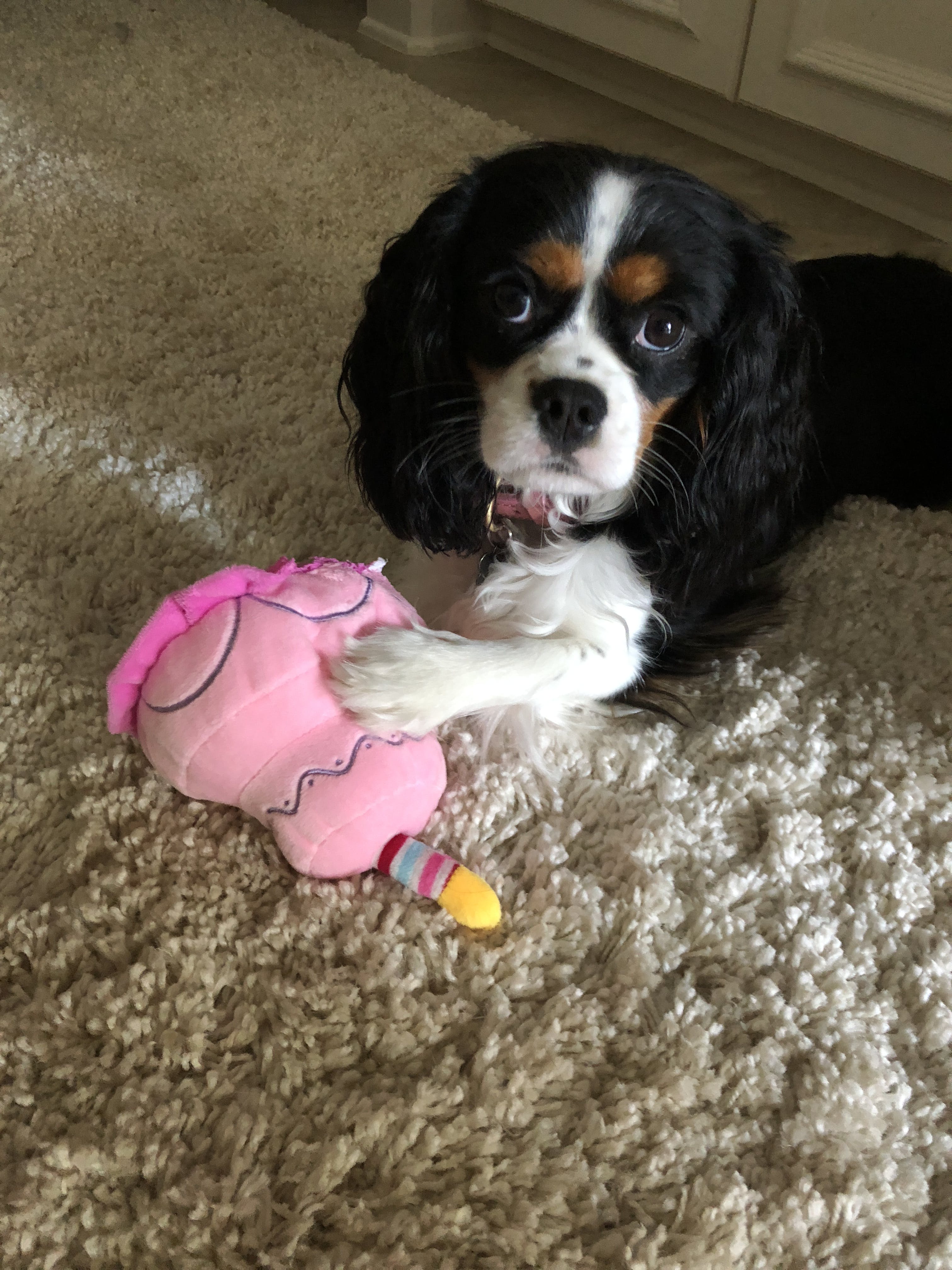 Because we liked it. 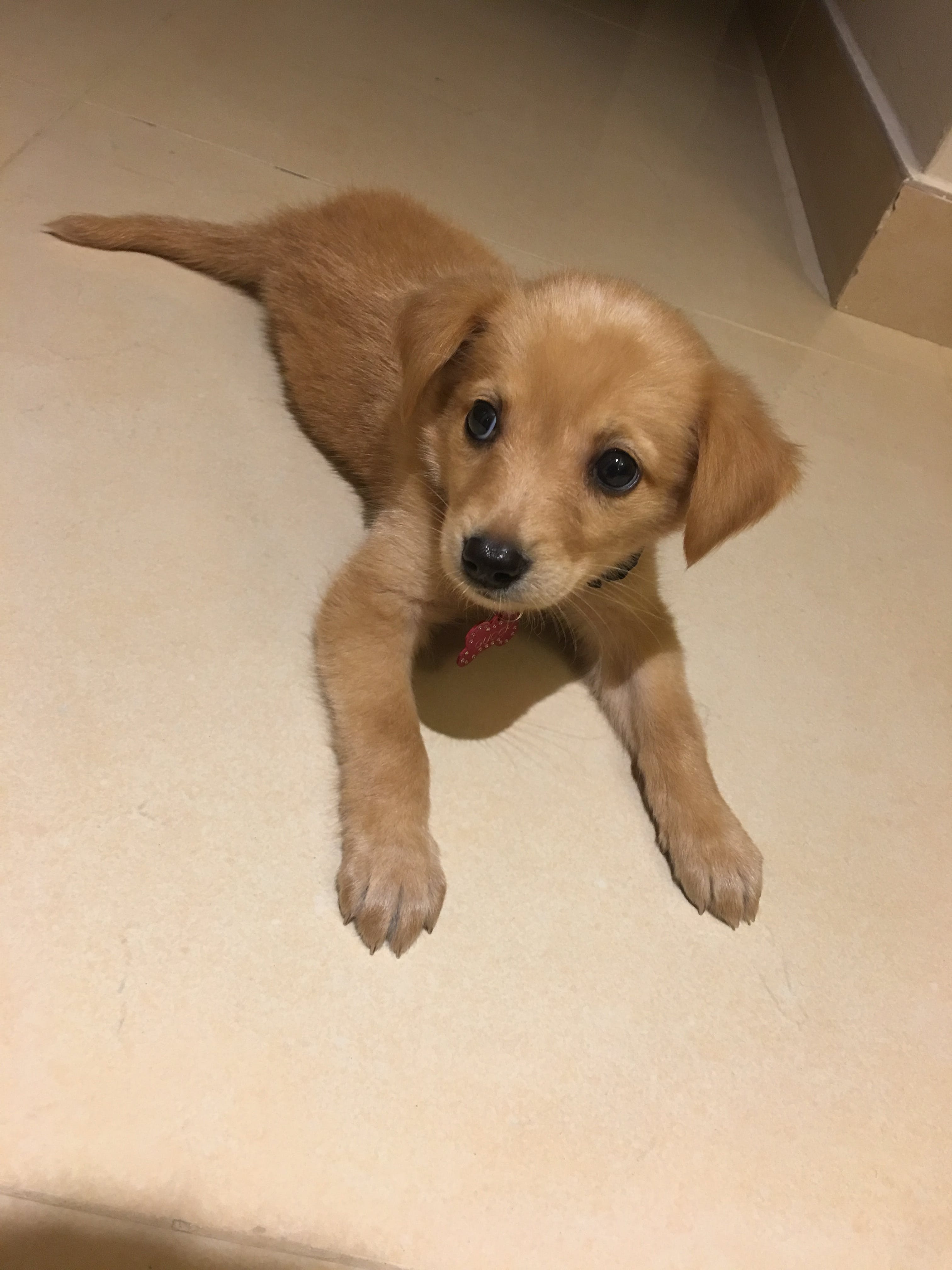 Gucci is a store that sells expensive and valuable items and I thought since my dog is valuable to my heart I would name her Gucci. 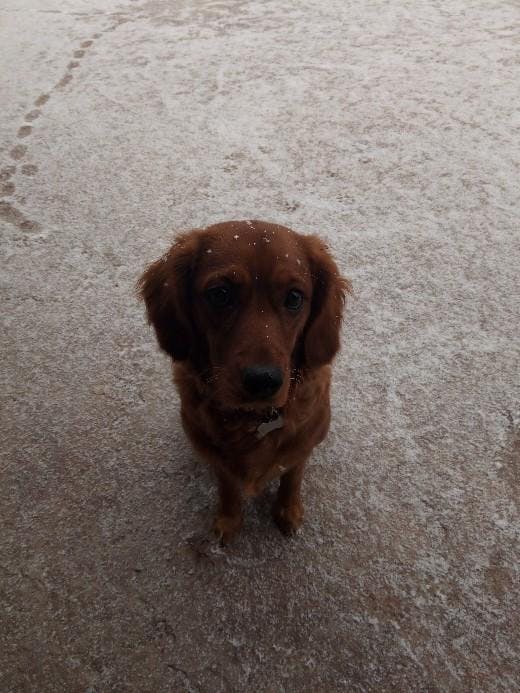 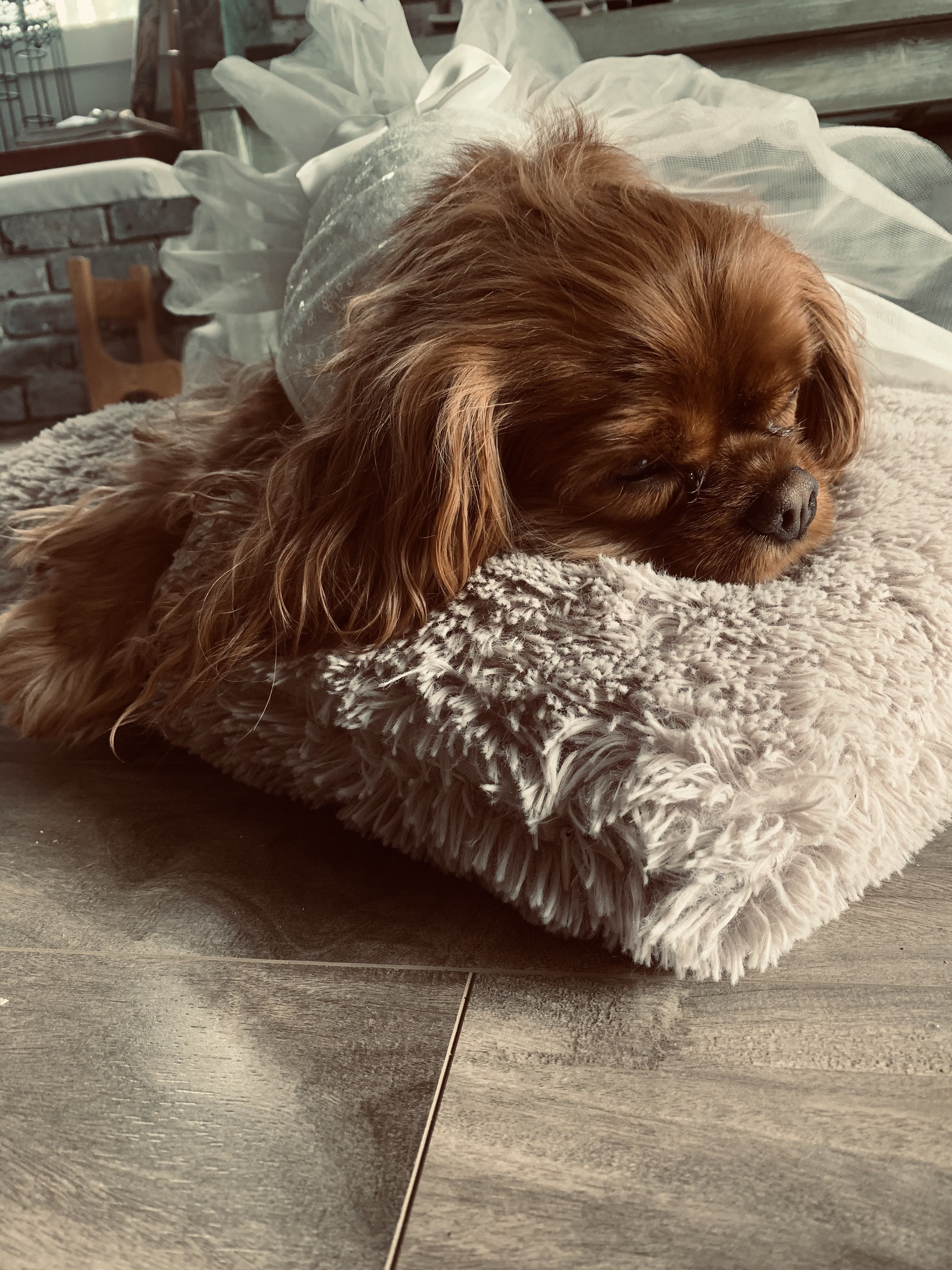