Finding the perfect name for your Dachshund can be a fun experience or it can be a daunting task. With Dachshunds being the 13th most popular dog breed within the United States, many families are facing the same challenge. These fiercely devoted, completely stubborn and slightly odd appearances make them such a lovable dog for your family. These tenacious badger hunters come in a variety of colors and sizes making naming them even more fun. Many people look for names from the Dachshund’s native country, Germany. Others come up with laughable names that give homage to their nickname as wiener dog.

When you think of famous dachshunds, the first thing to come to mind is the movie by Disney, The Ugly Dachshund, released in 1966. In this movie, a prize-winning Dachshund named Danke is having puppies. Her nervous human mom, Fran Garrison, has high hopes for these puppies. Danke has three girl puppies, Wilhelmina, Chloe and Heidi. Danke’s veterinarian, Dr. Pruitt, has a Great Dane that just delivered puppies as well but she was rejecting one of the boy puppies. He convinces Fran’s husband, Mark, to take the male puppy and have Danke foster him.

Fran was unaware that this fourth puppy was not actually Danke’s puppy until Mark finally comes clean and tells her the story of Dr. Pruitt’s Great Dane. Mark named the little boy puppy Brutus. As Brutus grows and thrives under the excellent mothering of Danke, he believes he is just another Dachshund. He adopts many habits from his adopted family such as scrunching down and walking low to the ground. His siblings are typical Dachshunds and mischievously lead Brutus into situations where he gets into a lot of trouble.

Finally, Fran is fed up with having the awkward and very large Great Dane under foot and demands that Mark get rid of him. However, after Brutus risks his own life to save Fran’s favorite pup, Chloe, from the trash truck, Fran decides Brutus can stay. The Garrison’s enter all of their pups, including Brutus, into a dog show and Brutus finally meets other Great Danes. He notices a lovely harlequin Great Dane and he pulls himself up and stands tall and proud, just like a Great Dane. No longer does Brutus slink around believing he is a Dachshund, but he still loves his adopted family as if they really were his true family.

In a more recent movie, The Secret Life of Pets, released in 2016, there is a lovable black and tan Dachshund named Buddy that stole the hearts of pet lovers everywhere. In this computer animated comedy, pets are in the spotlight and when their owners are away, they do indeed play. The movie is set in a Manhattan apartment building and Max, a rather rambunctious Jack Russell Terrier, has his life turned upside down when his owner brings home Duke, a slobbery mongrel of indiscriminate heritage.

Max and Duke must team up with other pets in the building including Buddy, a goofy black and tan Dachshund to stop Snowball, a charming white bunny. Snowball is trying to raise an army of unwanted or lost pets to exact revenge on those who did not want them and the pets who have loving homes and families.

Sometimes coming up with the perfect name for your new puppy can seem like a daunting task and puts a lot of stress on a family. But naming your new friend should not be that taxing or complicated. Many people choose to give their Dachshund a name that reminds them of the Dachshund’s country of origin, Germany. There seem to be a lot of Dachshunds names Franz, Otto, Heidi or Gretel. Some German names can be Americanized for those who do not care for the hard sound of many German names. Aside from German names, names that honor the Dachshund’s nickname seem to also be very popular. Names such as Oscar or Meyer or even Heinz or Pretzel are the name of choice for those inspired by hot dogs. Whatever you decide to name your Dachshund, make sure it is a name that fits their look, personality and your own likes. Find a name that you personally like and see if it is the right one for your new companion. Sometimes, you will be able to tweak the name to fit your puppy, such as instead of calling him Franz you change it up a bit and call him Frank or Frankie making the name sound less formal and more happy. 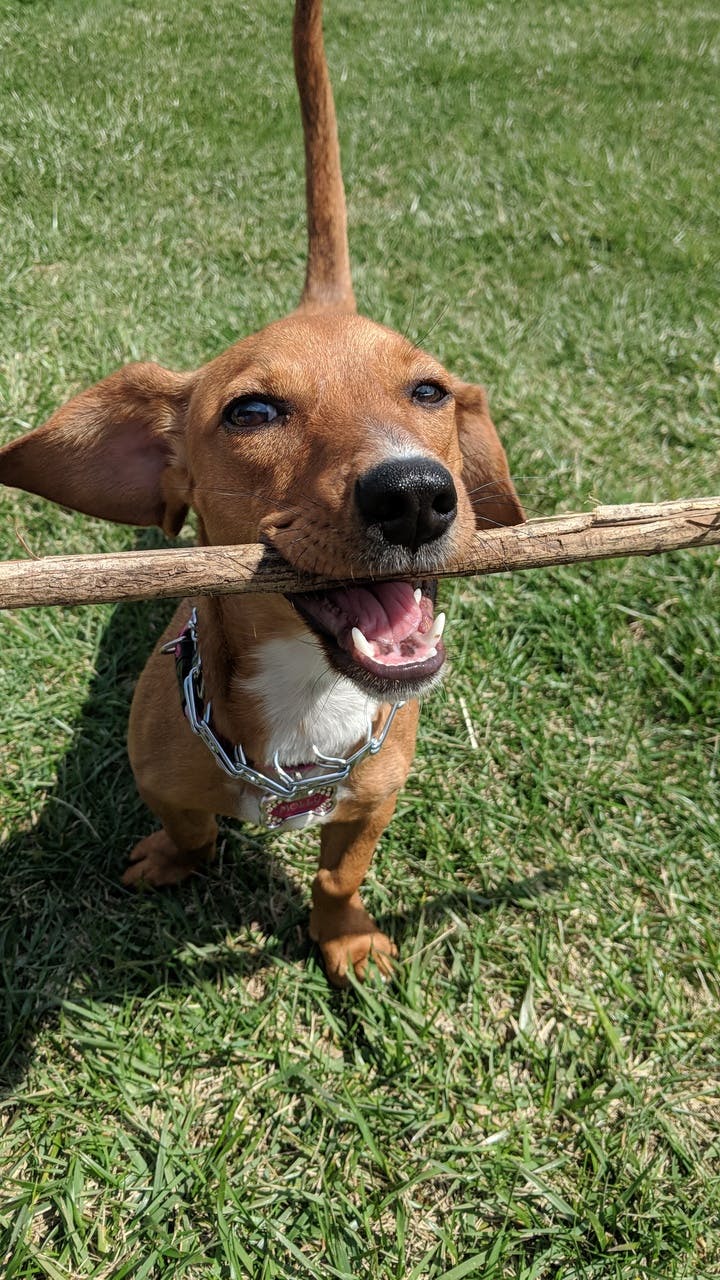 Molly was the perfect name for this tiny, energetic ball of fun. She's sassy and loveable. She was nearly Bridget but Molly won. 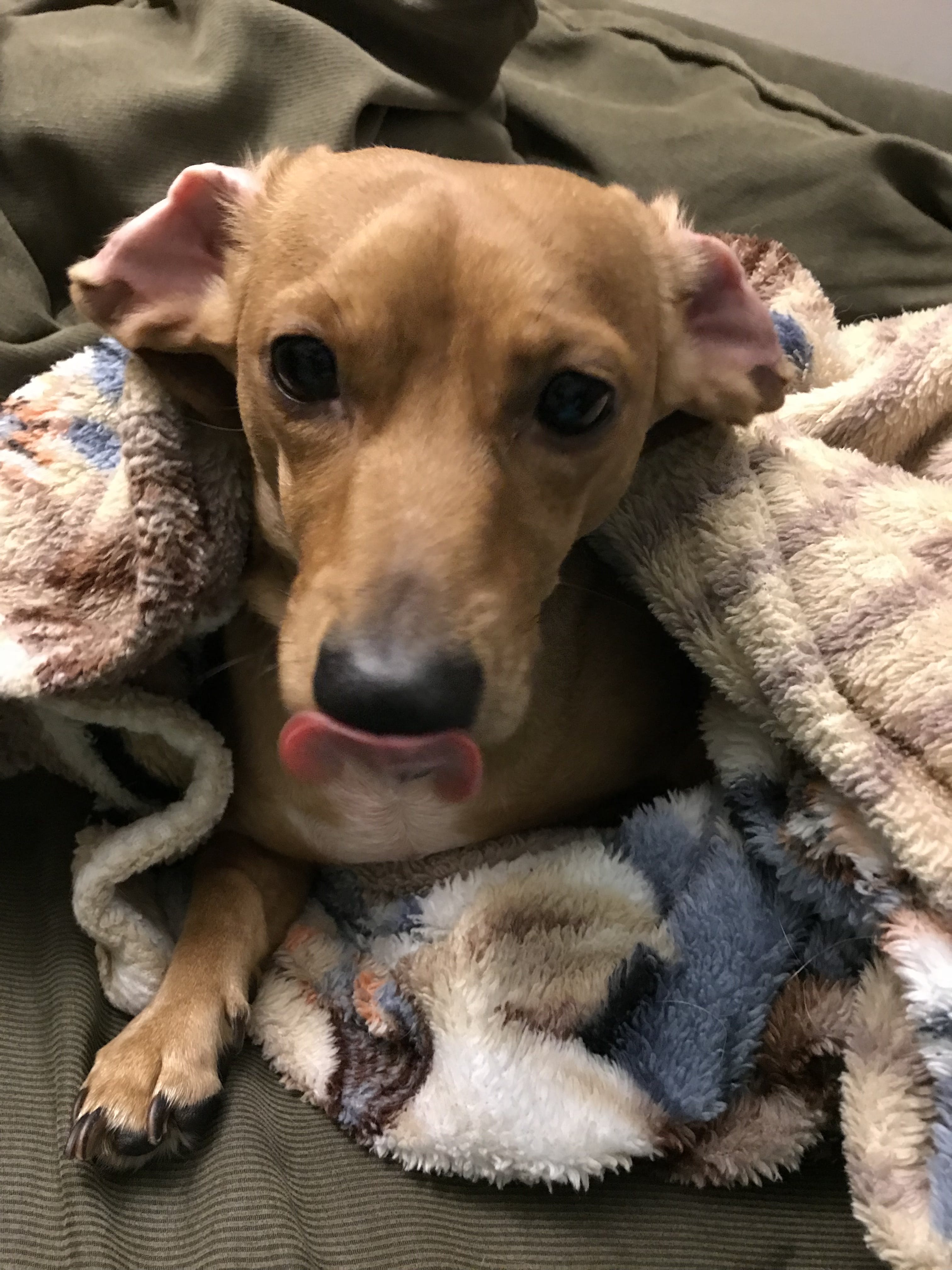 Pixie means mischievous tiny fairy and my dog is very tiny and sneaky like a pixie.