When purchasing a new puppy or adopting a new dog, you will want the best name for them.  There are dog names that end in many letters and sounds. Some names are specifically for dogs, and some names are used typically for humans. If you have another dog with the name ending in "na", you may want to also name your new dog with the same last syllable.

The thing about finding the perfect name for your pet is that it is exciting! This is the one name you will be calling your new companion for the rest of their life. Luckily, there are many options for finding that ideal name. You can base it on the personality, the look, the breed, or the actual sound of the name, such as a name ending in "na". Deciding on a name can be fun, especially when you have help from family and friends!

Featured Famous Dog With a Name Ending in 'na'
Jenna

Many people are familiar with the movie Balto. This trilogy features Jenna and her owner, named Rosy. The litter of puppies Jenna is famous for include Kodi and Aleu. Balto, the movie, features this beautiful dog, who is in love with Balto.

Jenna has many wonderful character traits. She is all-around the perfect dog, and would make the perfect human! She is loving, caring, sweet, and honest. She is also quite independent and accepts all dogs, no matter their appearance or their lineage, as her friend. Poor Balto was constantly made fun of by the others in Nome, but Jenna was the one who accepted him for who he was and eventually developed feelings for him. She fell in love with his wonderful personality and considered him to be intriguing and amazing.

Jenna is a wonderful and catchy name for a dog, as it is typically known as a human name. Many people like naming their dogs after human names, and many people have chosen Jenna for a dog name because of her role in the movie.

Another famous dog with a name ending in "na" is Nana. Nana was made famous for her role in Peter Pan! Many of us can remember the story of Peter Pan, who is the boy who never wanted to grow up. There are several books and movies featuring the Darling family, and Nana was the actual Nanny for the children. Nana was able to be an amazing and loving nurse to the Darling children: Wendy, Michael, and John.

Nana’s actual breed was either a Saint Bernard or a Newfoundland; she was considered to be either one in various books and productions. Either way, Nana was a beautiful and intelligent dog who was very active in the lives of the Darling children. She would play with the kids and help them take their medicine, and would cuddle them when they were not feeling well or  were upset.

One famous dog who was abandoned on the side of the road and picked up by a rescuer, Courtney Dasher, is Tuna! Tuna, a mix of Dachshund and Chihuahua, is quite popular and has his own Instagram account. He is also featured in many hilarious memes on the Internet. Since Tuna is so famous, all funds raised for him are used for helping and funding animal rescue groups. Tuna's owner has done a fine job raising him, spoiling him, and promoting him for such a great cause!

There are many male and female dog names that end in "na". Having a name ending in "na" would allow your dog to have a multiple syllable name with a nice ending to it. Names that end in "na" go with a large variety of middle names. Since the "a" vowel sound at the end blends welll with most letters, a name can have any beginning sound and will "roll off the tongue" perfectly.

Popular name considerations for a male dog could be Rhana or Tuna, and popular name considerations for a female could be Hanna or Jenna. You can search online for names ending in "na" or ask your friends and family for suggestions.You may find words ending in "na" that go with your dog's personality, where he was found, or your dog's appearance, such as Vina (wine country), Fauna (lush field or flowers) or Luna (meaning moon). There are many ways to research names from other nationalities according to breed. For example, an Ibizan Hound originated in Spain, and so did the name Adona, which means of the red earth. Or, for an English Pointer, you may choose Canna, which is an English name. You can have fun researching the best name for your new dog, or you may just take one look at your new companion and the name will come right to you! 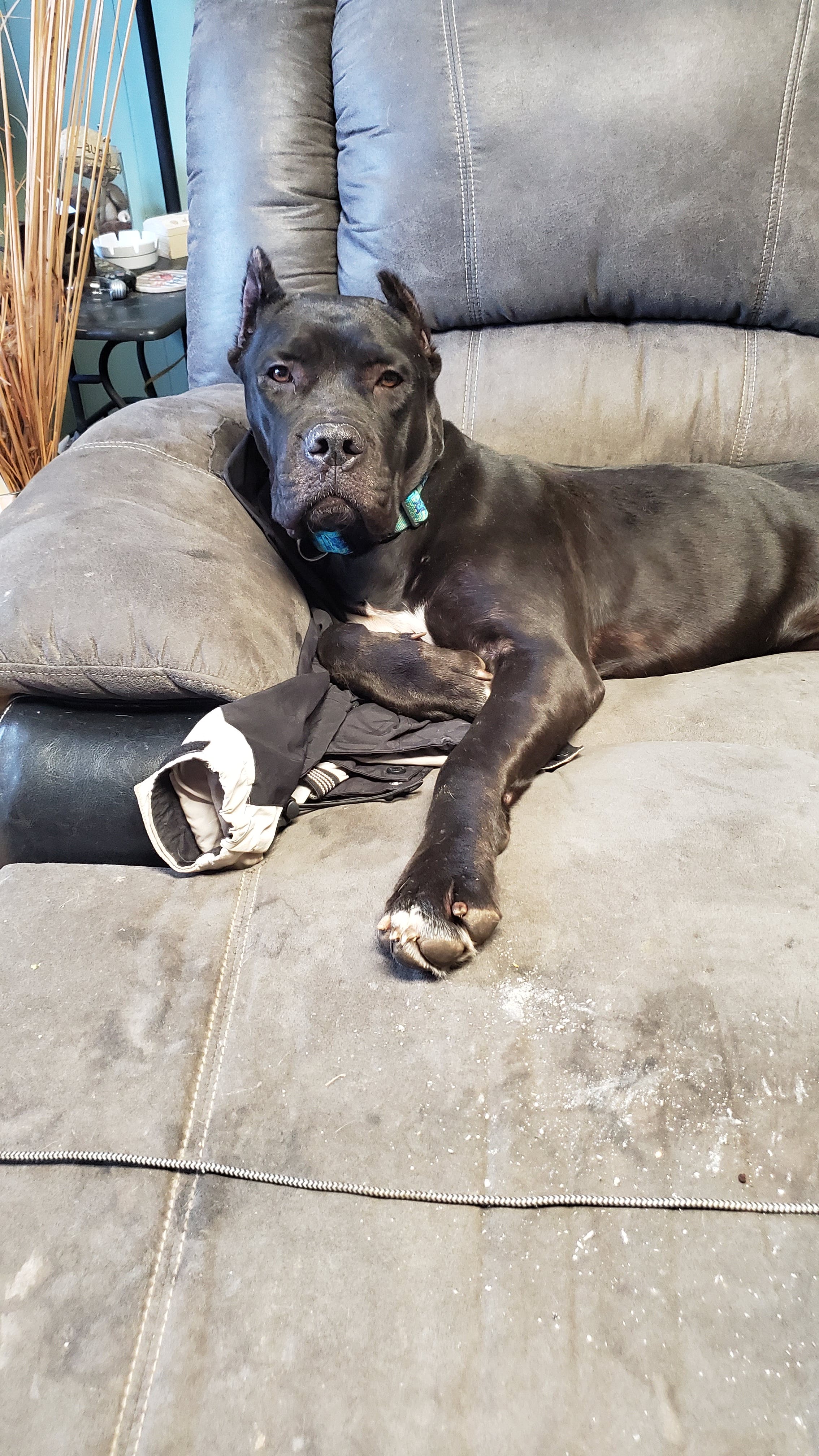 She is like a goddess so we named her Athena