The term “bright” can mean a lot of things. More often than not, it is used to describe a person who is jolly, vibrant, lively, and just overall fun-loving. It can also describe someone who is glowing and dazzling. In some occasions, it is also used to describe someone smart or clever. “Bright” is a word with an extensive definition, all of which can perfectly fit the general characteristics of most canines. The majority of dogs are naturally playful and lively; they love interacting with humans and fellow canines. Pet dogs are delightful creatures and their existence alone can make any dog owner smile and be content. For this reason, many fur parents choose a name for their four-legged companions that depicts a bright personality.

When it comes to dog films, no one really pays attention to the meanings of each and every dog character's title. Although unknown to most people, there are actually many different dog names that mean bright, jolly or vibrant. One of the popular ones is the name “Hubert,” a German name which means “bright heart” or simply “bright.” The most famous canine character named “Hubert” is from the 1999 British-Canadian film entitled The Duke.

The film is based on the British aristocracy and concerns a very old, dying Duke who genuinely cares about the welfare of the less fortunate. Halfway through the film, the benevolent Duke leaves each and every control of his properties and position to his pet dog, Hubert. In the film, the dog actor who plays the character of Hubert is a Black and Tan Coonhound dog. The plot revolves around the conflict between the old Duke, played by John Neville, and his immoral and greedy nephew Cecil, played by Oliver Muirhead. The Duke’s nephew doesn’t want his uncle’s fortune to be given or spent on the less fortunate and wants the inheritance for himself. However, upon realizing his nephew’s wicked intentions, the Duke passes down his position and mansion towards his Coonhound dog, Hubert, rather than his nephew. As a result, Hubert inherited the country mansion and the Dukeship from his deceased owner.

Hubert’s human best friend, Charlotte, who also happens to be the Duke’s orphaned niece, stood as Hubert’s guardian and helped him take over the aristocracy. Later on in the film, Charlotte, played by Courtnee Draper, fell in love with one of the workers inside the mansion. She and the mansion’s young and handsome chef, Florian, started to develop a romantic connection. As a result, she got a bit distracted from her role as Hubert’s mentor and guardian for a short while. Cecil then uses this to his advantage and started plotting against both Hubert and Charlotte. In the end, however, Cecil’s quest to take over mansion and claim Hubert’s Dukeship failed and the good guys remained triumphant.

Overall, “The Duke” is a feel-good, silly, and amusing film. It’s the kind of film that you can watch during the weekend with your family. While the plot of a dog inheriting a Dukeship may sound absurd and a bit ridiculous, it is a funny prospect. Although The Duke is labeled as a “children’s film,” the older audience will most definitely still find it enjoyable to watch.

The moment you welcome a dog into your life, it will never be the same. The acquisition of a canine is similar to giving birth to a child - you will have to invest your time, attention, and money for your new family member. It can be a bit draining in the beginning but the joy, love, and loyalty that a dog can dedicate to its owner makes everything worth it. Dogs make our lives colorful and more meaningful. When we go back home from work, they will warmly welcome us with enthusiastic barks and bright smiles. Not only do they deserve love and affection, they also deserve a well-thought-out name.

Choosing a name for your newly acquired fur baby can be a tough task. However, if you approach the matter with a theme or plan in mind, it will no longer be as difficult. For dogs, a lot of owners consider numerous factors, including the dog’s breed, size, coat color, gender, and personality. For this specific theme, there isn’t much to consider aside from the fact that you want a name that means bright, a name that exudes vibrance and jolliness, or a name that can be linked with a bright and dazzling personality. There are plenty of names which mean bright or fun-loving that you can choose from. The names “Agalia” and “Akari” are two examples for female dogs while the names “Hubert,” “Albert,” and Allu” would work for male dogs. 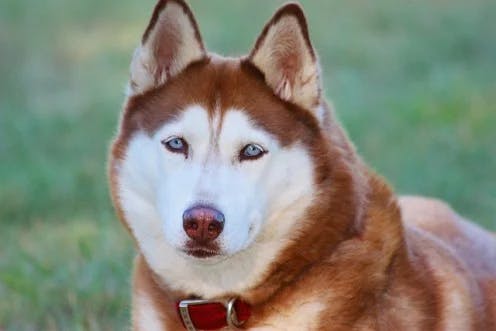