A chocolate-colored coat on a dog is considered one of the most stunning colors.  Often, dogs with this color have beautiful light or amber-colored eyes, and the striking contrast melts hearts.  Some owners are inspired by the rich color and wish to capture the quintessence of such a color in the perfect name.  Chocolate-themed names are excellent ways to capture this description.  The names under a chocolate theme may vary from a reference to the color brown to the sweet treat beloved by many, worldwide.  Naming options in this theme are boundless, whether you want your dog's name to reflect the rich color of its coat or the sinful deliciousness of chocolate.

Farfel may not sound like the best description for a chocolate-themed canine name, but the reference is sure to excite some chocolate-loving nostalgia.  Chocolate and brown colored-dogs are often associated with the sweet taste of chocolate and Farfel is one of the most well-known spokesmen or "spokesdogs" of Chocolate products.

Long before Quicky, the Nesquik Bunny, debuted in Nestle Quik campaigns, Farfel was entertaining everyone with his anhedonic disposition alongside dummy Danny O'Day and ventriloquist, Jimmy Nelson.  Though Farfel and Danny O'Day had their own show in the 1950s, they are probably most remembered for their Nestle jingle, which ran a decade-long.  Jimmy Nelson was the genius ventriloquist behind both Danny O'Day and Farfel the Dog.  The inspiration for Farfel occurred in 1950 when Nelson spotted a stuffed dog sitting on a piano at one of his live shows.  He gave the dog a gloomy-sounding voice and Farfel was an instant success.  Nelson commissioned a brown-colored Hound Dog to be made, and in 1955, Danny O'Day, Farfel the Dog, and Jimmy Nelson auditioned for the Nestle's jingle campaign that would elevate Farfel to pop culture legend.

Farfel, whose name means small flaky pasta used in Jewish cuisine, is famous for his part of the Nestle Quik jingle.  Danny O'Day would sing the first part of the jingle; "N-E-S-T-L-E-S, Nestles makes the very best..." and Farfel would end the jingle with "Choc'-lat."  The characteristic snap of Farfel's mouth at the end of the jingle often drew laughter and cheer from the audience because it so greatly contrasted Farfel's overall gloomy disposition with an enthusiastic sound that communicated how tasty and exciting Nestle Quik was to drink.

Though Farfel, Danny O'Day, and Jimmy Nelson maintained a solid ten-year campaign, Farfel was eventually replaced by other commercials and campaigns.  However, by this time, Farfel was so well-known and so established that his character will always be remembered for his Nestle commercials.  Over the decades since Farfel's active years, Nestle has produced nostalgic commercials and spots featuring Farfel and even Farfel's extended family of chocolate-loving dogs.  Though today we all know chocolate is not safe for our real dogs, we are still entertained and touched by the remembrance of Farfel's days past.  Jimmy Nelson continues, at the age of 89, to entertain people with his mastery of ventriloquism with Farfel the Dog by his side.

Choosing a name for your dog is personal and requires much thought.  You want your best friend's name to be a perfect fit.  Chocolate themed names, while acceptable for all breeds and types of dogs, are probably best suited toward brown-colored canines.  Brown and chocolate-colored dogs come in many shade varieties as well as sizes.  Some of the chocolate-themed names are better suited to smaller pooches, like small Spaniels, whereas other names are perfect for large dogs, like the chocolate-colored Labrador Retriever.

True, rich chocolate-colored dogs have the advantage of more pointedly chocolate-themed names while the lighter and red variety of brown dogs might enjoy a more subtle name.  Names like Fudge or Hershey are obvious references to your dog's coat color, but Coco, Chip, Amber, and Twix may not be as color descriptive. Multi-colored dogs that have brown in their coats will also enjoy subtler names.  Cookie, Tootsie, Nougat, and Toby are direct references to chocolatey goodness, but they also have other meanings.  For example, Tootsie might refer to the Tootsie Roll, but it is also a pet name given to loved ones.  Toby, for a male dog, refers to the Toblerone candy bar but the shortened name Toby does not make that instantly clear. 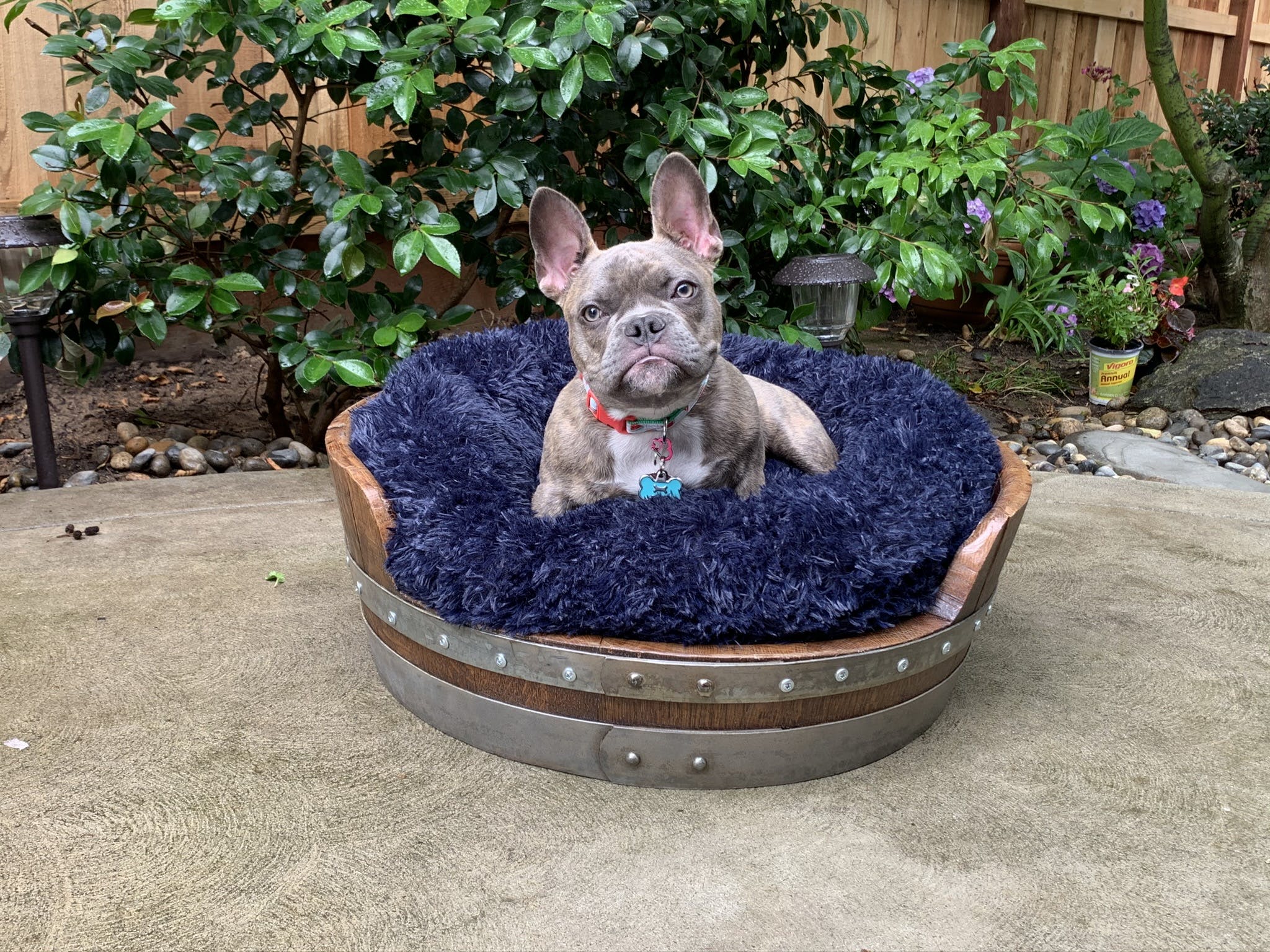