Water is a powerful element, but it is also a relaxing one.  Many people identify with the water element and find peace and tranquility while listen or watching the rain or spending time at the beach.  Lakes, rivers, and streams also provide the same peaceful inspiration for many people.  Choosing a water theme as inspiration for naming their dog may remind dog owners of the calm they feel around water but also keep in mind the powerful force that water has over life.  Dogs, too, can have a powerful impact on our lives and certainly enrich the lives of their families.

Famous dogs, like former U.S. President's dog Bo, or the Disney classic dog, Red, or Blue from Blue's Clues, are all famous dogs in pop culture with names that mean water.  Some are subtle, like Bo, which means wave.  Red may refer to the Red Sea or Blue as the perceived color of water, though it is really transparent.  However, when it comes to pop culture icons bearing a water-themed name, none stands taller than Ren Hoek, the asthmatic Chihuahua from the 1990s cartoon show, Ren and Stimpy.

The Ren and Stimpy show was one of the first three cartoon shows on Nickelodeon during the channel's debut of Nicktoons, alongside Doug and Rugrats.  The show plays a pivotal one as it first introduced adult themes into children's programming and helped inspire adult-themed cartoon shows such as South Park on Comedy Central and Beavis and Butthead on MTV.  However, the Ren and Stimpy show was not intended for the adult audience.  As Nickelodeon grew in popularity, executive management deemed the show too controversial for young viewers and canceled it.

Ren, which is a water-themed name, means water lily.  The water little is a lovely flower that grows in the water; however, Ren the dog is probably the farthest thing from a lovely little water lily.  Ren, from Ren and Stimpy, is an emotionally unstable Chihuahua who often resorts to violence against his dim-witted cat friend, Stimpy.  The choice of the Chihuahua breed partly relates to that dog's sometimes short,  feisty temper but the creator of Ren got his inspiration for the character in a pop culture photograph.   Creator John Kricfalusi saw a photograph of a Chihuahua in a sweater and remarked that it appeared like a "psychotic-looking monster in a cute sweater."  Kricfalusi also felt that such a small breed should not usually inspire such ferociousness as Ren so plainly has in the show.  It is pretty clear from the creator's perspective on Ren that this character's name was not inspired by the beauty of a water lily.  Nonetheless, Ren is a water-themed moniker that dog owners may choose.  The impact that Ren the ferocious and emotionally unstable Chihuahua has had on pop culture and subsequent cartoon programming since the 1990s is also undeniable.

There are a few considerations to take while choosing your dog's name under the water theme.  First, many people choose to give their dog a moniker that means water because they have a water dog.  Water dogs are breeds who sport and play in the water.  There are many water dogs and even some breeds that are not so obvious.  The Poodle is one such dog who was made for the water but is often thought of as a prim and proper pooch.  However, the Poodle's name is a descriptive German word meaning puddle and refers to the Poodle's love of splashing in shallow pools of water while running through the forests in Germany.  Other, more well-known, water dogs include the Labrador Retriever, the Water Spaniel, and the Newfoundland breeds.  Of course, your dog does not have to be a water-loving pooch to enjoy a name meaning water.  Other considerations to take when giving your dog a water-inspired name are the size and color of your dog.  Some water names may correspond with your dog's coat color, like Red, Blue, or even Aqua whereas some names may inspire thoughts of grandeur or possibly smallness, like Pacifica and Brooks.  You can also consider words meaning water from other languages, like Aqua from Spanish and Laiken from Gaelic. 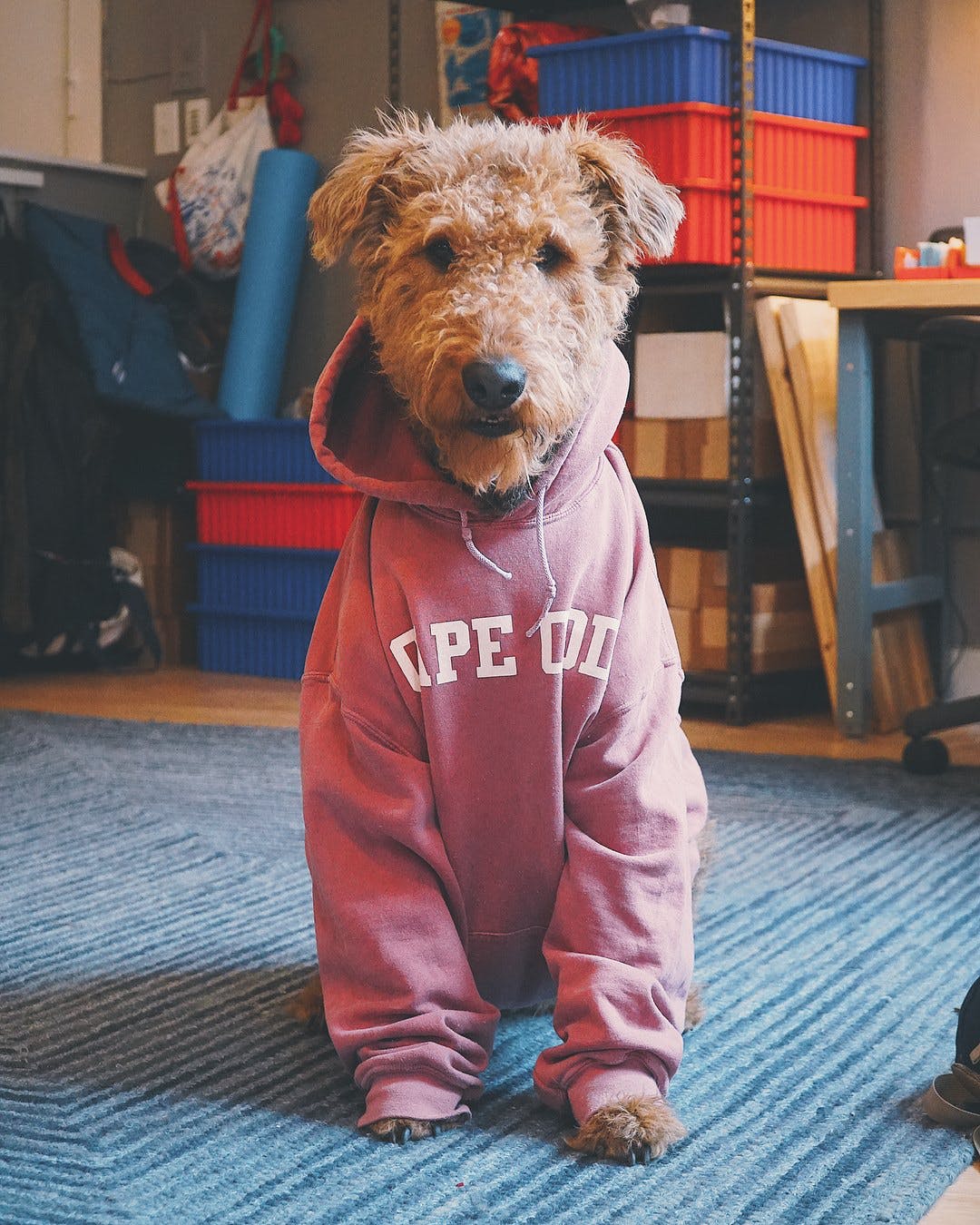 We live near the ocean and wanted to share our lives with a puppy. We named him Fisher for the dog who loves where the Fish are important.