Dog Names that Start with D

The arrival of a new puppy often sends owners into a tizzy as to what to call their new best friend. Unless your brain automatically connects a name to your dog, such as Jet for a black dog or Bella for a cutie beauty, then it is time to do some research and hunt down a name. While famous people, football legends, music or literature can be a great source for a name, so too can the letters of the alphabet. Take the letter D for example, there are lists a mile long that can provide some great ideas. Guys tend to like names like Diesel, Dexter, or Devon, while the girls tend to like Della, (yes that is a D in front of the ella)  Daisy or Dakota. These are great names starting with the letter D. You may not have to look anywhere else for inspiration for the perfect moniker. You don't have to stress when trying to figure out a name; the alphabet can set the tone when choosing a perfectly suited name for your new addition.

Dog Names that Start with D in Pop Culture

Featured Famous Dog with a Name that Starts with D
Digby

When you think of the letter D and dogs in pop culture then 101 Dalmatians springs to mind. And while the film centres on the Dalmatian couple Pongo and Perdita, it is the collective Dalmatian brood that steals the show.  This movie remains an old one and a great one, with the adorable Dalmatians and their classy black and white spotted coats spurring a popular resurgence in dog owners wanting their own Dalmatian. In 1996 a live action adaption of the film featured Glenn Close as Cruella De Vil, and for a baddie, she was the best!

Digby was the biggest dog in the world; who could forget this story featuring a classic shaggy dog story? In the movie, Digby, the Biggest Dog in the World, the plot starts with an Old English Sheepdog who accidentally drinks a liquid growth formula and expands to gigantic proportions. Criminals steal Digby and sell him to a circus, whereby Digby escapes and roams across the United Kingdom countryside. The race is on for Digby's owner and the mad scientist who invented the growth formula to find and give Digby the antidote before the government steps in with artillery and bombs to solve the problem. Anyone who has a dog knows that most will eat or drink just about anything, so this movie is believable ... in a fun kind of way. Digby is a great name for a dog. An Old English Sheepdog is a large dog at the best of times, but with growth formula... that is dreadful, devilish, diabolical and darn right disgraceful!

Duke was a dog who starred in the movie The Secret Life of Pets  (2016) which was a hilarious movie that in all fairness, involved many other pets than just Duke. The film featured cats, birds, hamsters, lizards, a rabbit and even a pig. But the centre of the story revolves around Duke and his introduction to the home and the resident dog, Max. At first all is not well, but the two dogs learn to get along together when they become lost on the streets in New York. The other pets work to find Duke and Max and thwart a gang of the city's abandoned pets. I won't ruin the ending for you in case you haven't seen it, but it is worth watching for a good laugh. Duke is a grand name for a dog, as is Max. You can find some great pet names by watching the movies.

A name has to be easy to say, it has to make sense, and it is best if it doesn't sound too much like something offensive. Remember you will be calling your dog out loud in the public arena once you start training your dog, so keep it simple and clean. Another thing to consider is to give a name that is not too close to a command that you may use as you train your dog. Pip might sound like a nice, easy name for a small dog, but it sounds too similar to the command 'sit'. Ray may sound good, but again, it sounds like the command 'stay'. Your dog may get confused and training will become difficult if your dog has no idea what you are saying. A name like Domino is totally different from any instructions you may use as you work on obedience. There is no confusion with a title such as Daisy either. Try speaking a new name out loud and combining it with a command and see if the combination works. It doesn't have to be a short name, just a name that is easy to say and is not confusing to your new best friend.

Community Dogs with a Name that Starts with D 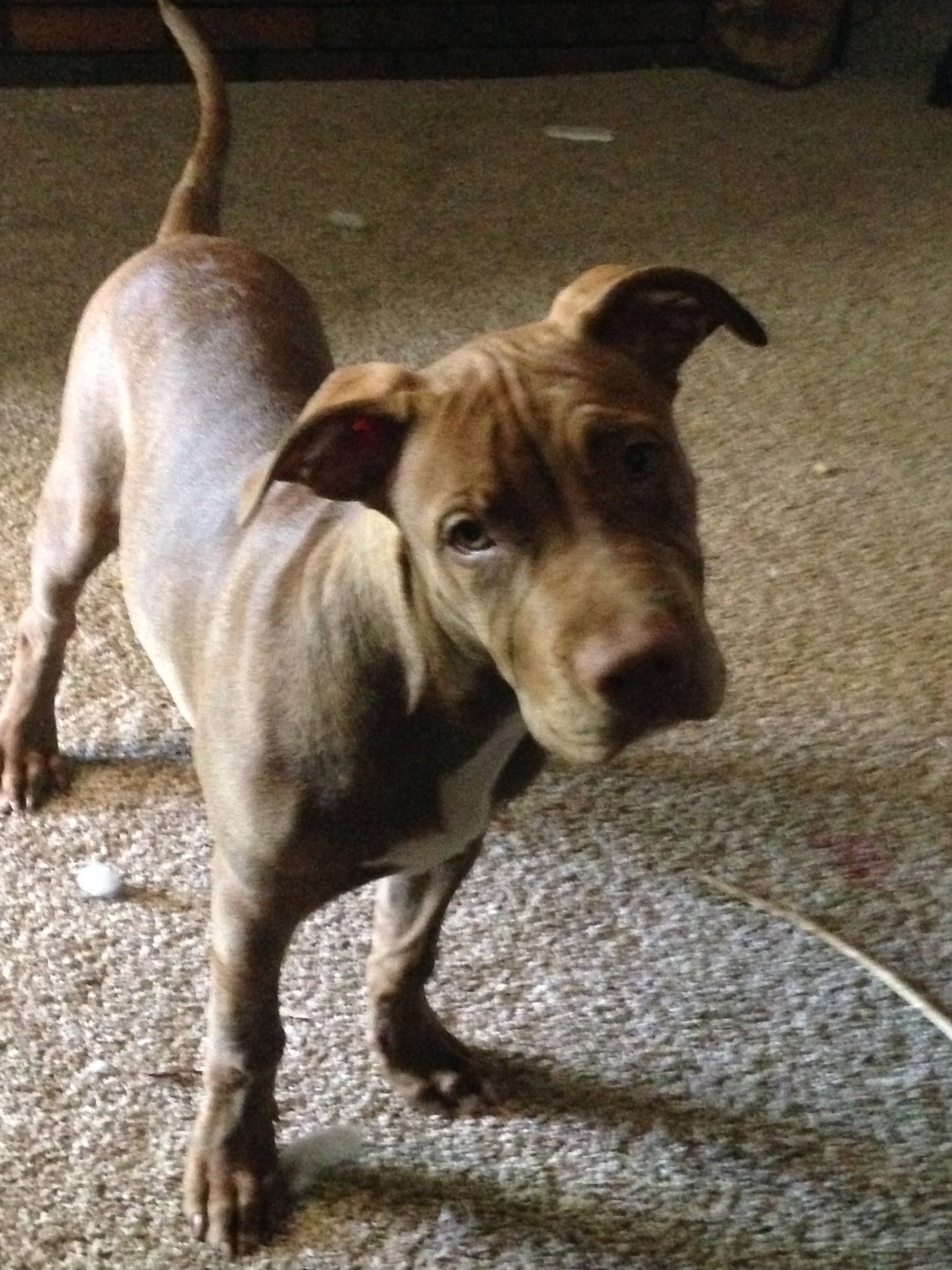 He came from Dallas, Texas so we named him Dallas 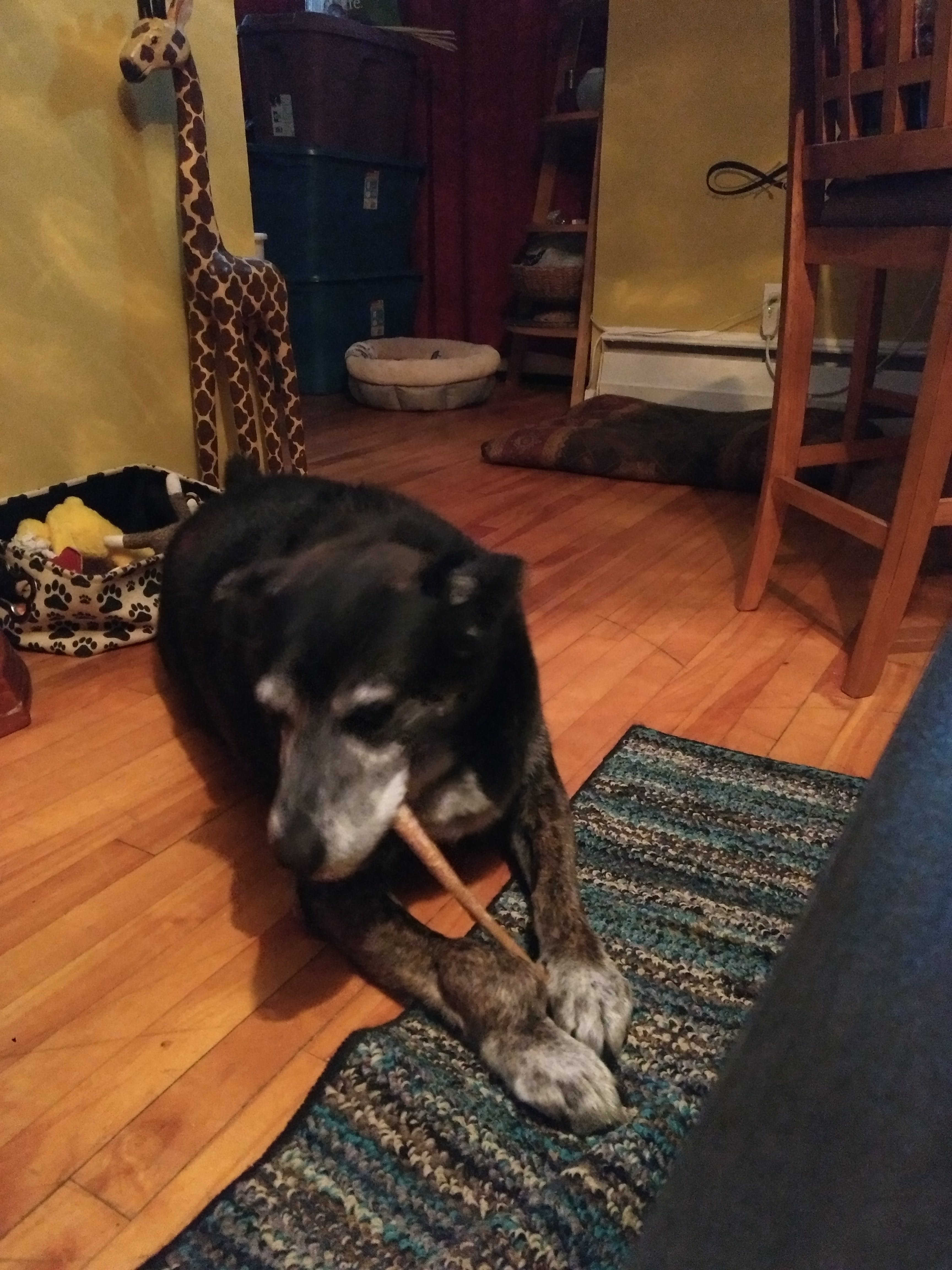 Adopted at the ospca. He is a lab mixed. I named him after the hockey player. My best friend and my baby.

We looked at the gas prices where we got him and we saw diesel, so instead of the "S" we put a "Z" instead to make it unique. Dora is short for Dorthy. The original meaning comes from Greece. It mean “Gift” or “Gods Gift”.