Featured Famous Goldendoodle Dog
Samson
The Goldendoodle has become quite popular among families as a household pet, and celebrities are no exception when it comes to desiring such as beautiful, intelligent dog. In addition, social media has allowed some Goldendoodles to find popularity on platforms such as Instagram and Facebook.

First, a trio of Goldendoodles are becoming touted as the "Kardashians of New York Dog Park Scene." The names of the trio are Hudson, Samson, and Neptune. The three dogs share about 200,000 followers. Samson has about 123,000 followers alone. Interestingly enough, the three dogs each have different owners. The trio is referred to as "besties," and they are often pictured together in their Instagram and Snapchat photos.

The pooches often sport matching outfits (coordinated by their owners, of course), and they are often depicted in almost human-like poses. They may or may not be joined by other Goldendoodles in their social media posts.

In 2016, Samson embarked on his own adventure. He toured the eastern coast of Canada, particularly Nova Scotia and New Brunswick. He was depicted snacking on lobster while on vacation, and he even enjoyed whale watching. Of course, celebrity watchers remind us that Samson performed these actions before Prince William and Kate Middleton had the opportunity to visit Canada. To be sure, the Duke and Duchess of Wales were slated to visit the western coast of Canada.

Celebrities love the idea of owning a Goldendoodle themselves! For instance, R & B artist Usher purchased a Goldendoodle in 2012 for his two young sons. In fact, Usher and other celebrities were bidding on a pup that was being auctioned off for the Pencils of Promise charity organization, a group that helps to build schools in poverty-stricken international locations. When Usher won the bid - a feat he managed over actress Jessica Szohr, who bid $11,000 for the pooch - he did not have a name for his new pup. He quipped that he would likely allow his three- and four-year-old sons to name the new addition to the family. However, he did have one suggestion - Poppy (Raymond - Usher's last name). The Goldendoodle was considered a highly valued auction item. Because the Goldendoodle is a designer dog, he is not always readily available. However, even with the high price tag, many families are opting for this hypoallergenic, easy to manage (and love!) dog.

So, considering all the positive things regarding Goldendoodles, what type of names fit this designer breed? Names that mean intelligent or relating to mental sharpness are great names for the Goldendoodle. Names such as Cato, Hugo, and Doogie are all names that reflect someone intelligent. Cato and Hugo mean "wise;" and Doogie refers to the television series depicting child prodigy Doogie Howser, M.D.

The Goldendoodle is easy to train, and he is eager to please his family. For this reason, names that depict loyalty are fitting of the Goldendoodle. Amita is not only unique, but it translates to "friend," and what is the Goldendoodle if he is not a loyal friend! Fidel and Hector both mean "faithful" or "holding fast." When deciding to name your sweet Goldendoodle, there are many names depicting the honorable characteristics of the breed.

We are Irish and have a female schnoodle named Duffy. We wanted an Irish name. Aoife means radiant. Legend has it that Aoife was a great warrior. It is pronounced EE-fa. 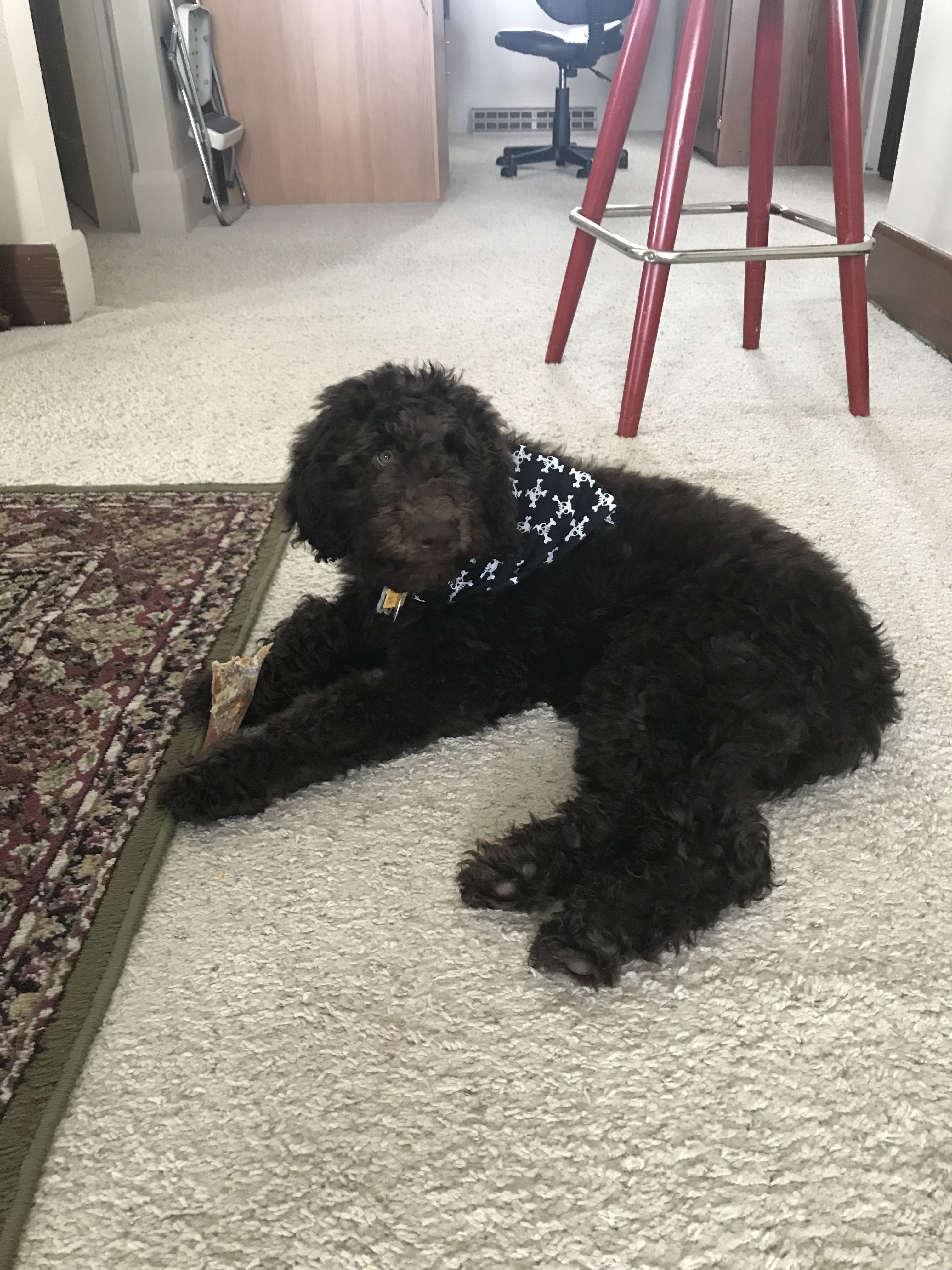 We thought he'd be Remington, then I asked one of our daughters. What would be a good boy golden doodles be.....Along with a bunch of suggestions her list she Said Sully, and we fell in love with the name! 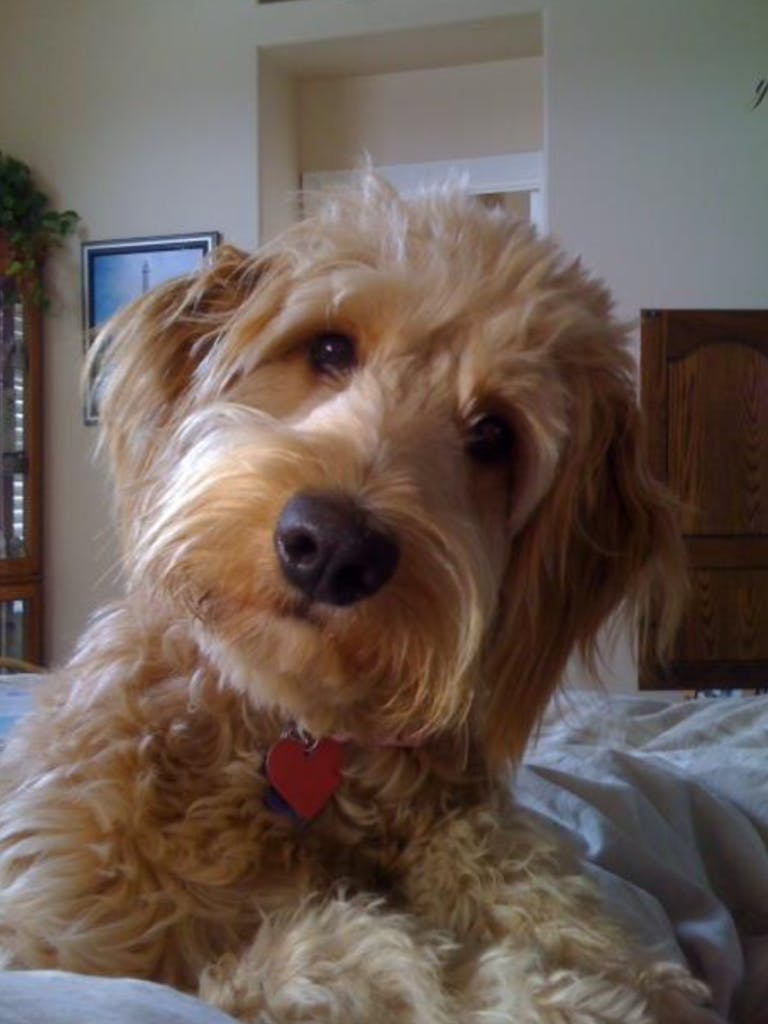 I liked Libby and wanted it longer... sitting in a dentist chair i came up with liberty and middle Belle 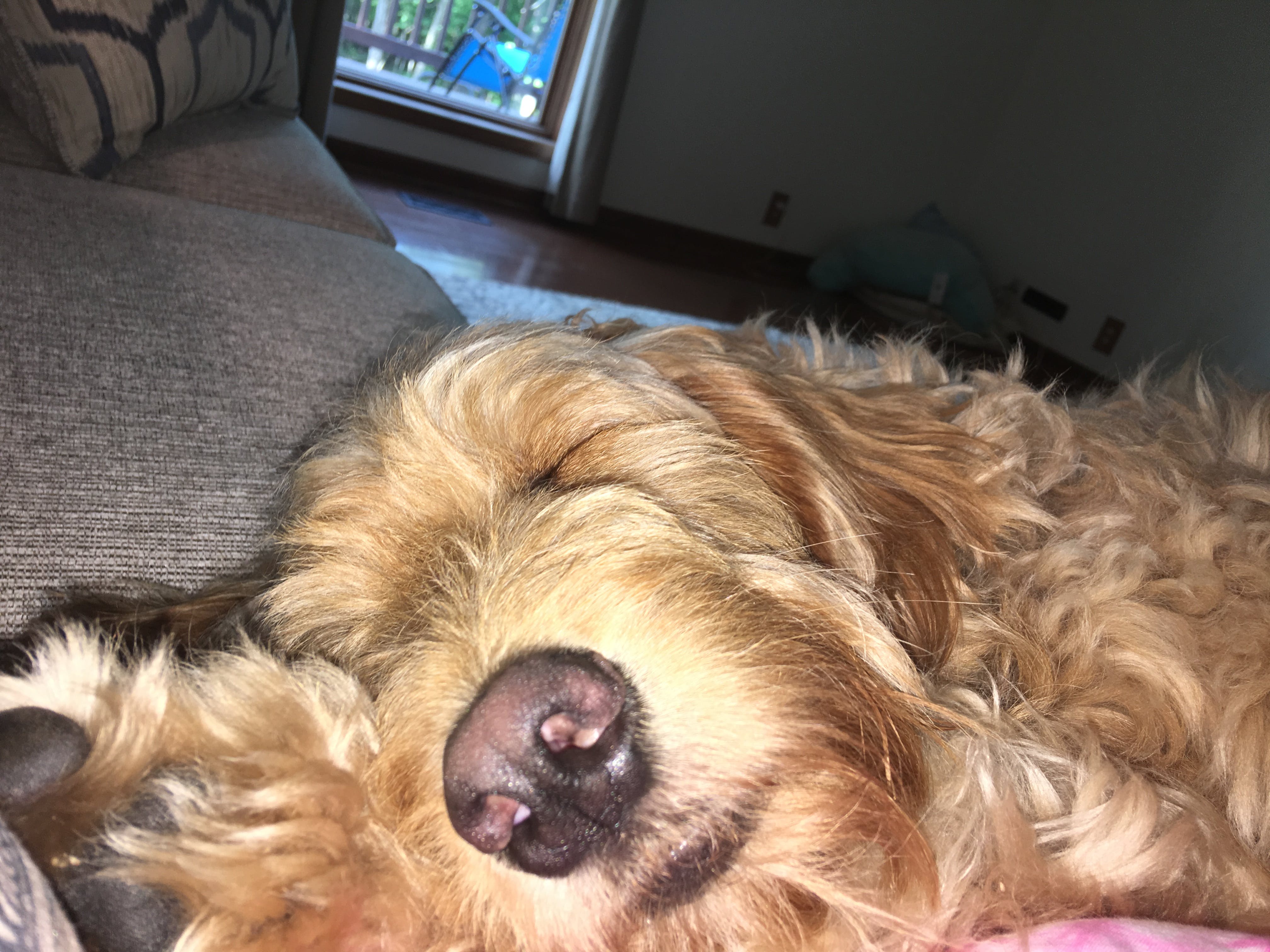 His original name when we got him 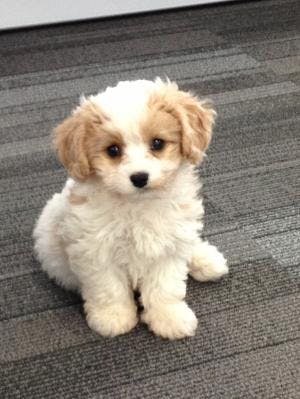 Named after the Windsor family 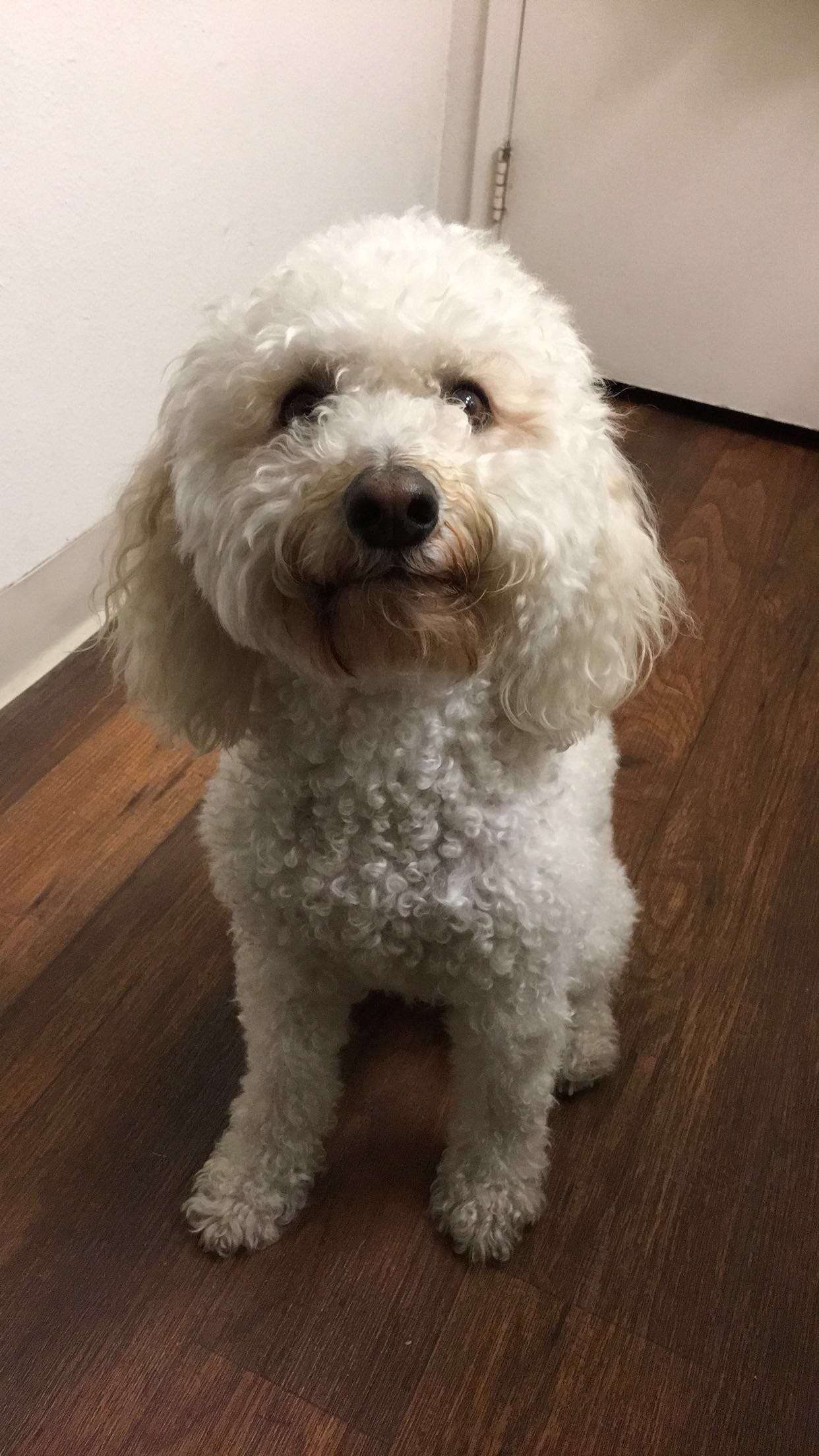 We were on our way home when we saw a guy with a puppy & the poor puppy was shaking for warmth so we told the guy he should keep the poor thing warm but then he told us if we wanted it & we had no intention of getting a dog but I’ve always wanted one so my mom then decided to get one & keep in mind this was pretty late at night , we ended up taking the puppy & he is the cutest thing ever then he grew and was even cuter.

one day I was thinking about getting a puppy. while my daughter was sitting in front of me eating some jellybeans so I thought why not name the new puppy jellybean but my family thought it was to LONG!!! so we shortend it to bean ( but on all of her personalized things we call her jelly bean:)

i only had him 5 years but he's been great