Jack Russell Terriers are one of the most clever and dynamic dog breeds in existence. They were specifically bred by The Reverend John Russell (the inspiration behind the breed’s name) so that they could be used for fox hunting. Their muscular build made for a reliable hunting buddy. The Jack Russell’s liveliness carried on through the years. While their tiny physique might fool you, Jack Russells are highly active and never seem to run out of energy. Hence, this particular breed needs regular stimulation and have high exercise levels. Despite this, however, Jack Russells are easily trainable and can become an excellent family dog, especially when raised alongside kids. Enlist your family in the process as you choose the name.

Being one of the most popular dog breeds in the world, the Jack Russell Terrier has repeatedly been used as a basis for numerous characters, whether it is in television, film and literature. One of the most recognizable Jack Russells in pop culture is Wishbone, from the children’s television show of the same name. The half-hour sitcom aired on PBS Kids from 1995 to 1998. Wishbone is a Jack Russell Terrier who lives in the fictitious town of Oakdale with his owner, Joe Talbot. Known as a small dog with a huge imagination, Wishbone usually daydreams of portraying the main character of different classic literature stories. The other characters in the show visualize Wishbone as the character that he is playing at that moment. The show’s prominence led to a plethora of honors including a Peabody Award and four Daytime Emmy Awards. Apart from the awards it collected, Wishbone also inspired a number of book series that were published long after the show ended.

Another familiar Jack Russell Terrier on television is Eddie, owned by Martin Crane, the father of the titular character in the popular sitcom Frasier. The show was a huge success during its time, with Eddie being one of the highlights of the show due to his expressionless antics. In fact, Eddie easily became a fan favorite and received the most number of fan mails compared to any other character on the show.

In the United Kingdom, celebrity chef Rick Stein owned a Jack Russell Terrier named Chalky who was as popular as his owner. Chalky was extremely beloved by the British people and even had his own merchandise line and two real ales named after him.

Other than television shows, Jack Russell Terriers are also a usual choice for literary characters. Sally and Darrel Odgers published a children’s book series called Jack Russell: Dog Detective. The book features the story of Jack Russell, a Jack Russell Terrier who goes on detective adventures with his dog friends. Another example is the now-defunct comic strip called Mutts, which focused on the escapades of Earl, a Jack Russell Terrier, and Mooch, a cat. Earl, who lives with his owner Ozzie, have a close bond and enjoy taking walks together. However, when Ozzie is away from home, Earl finds himself lonely and mostly spends his free time with Mooch.

There is no doubt that Jack Russell Terriers are some of the most liked dog breeds, whether in fiction or in real life. These characters have served as inspiration for owners when trying to come up with a name for their beloved Jack Russells.

Jack Russell Terriers are a special breed that deserve an equally special name. In general, most dog experts agree that choosing a name for a pet dog must be short and should not sound like common dog commands (sit, stay). However, when it comes to Jack Russells, probably the most important is to choose a name that matches your dog’s look and personality, even if you have to ignore these dog naming “rules”.

The ideal name for a Jack Russell would be something that matches their description – small but go-full-blooded rascals. Since it is quite a challenge to find such a name that fits the bill, what you can do is pinpoint a certain facet that truly stands out in your dog. This may be anything from a unique coat color or mark to a bizarre mannerism that your dog has. You may also choose a name that pertains to the Jack Russell’s unlimited energy and knack for running and playing around. It is normally easier to choose a name for male Jack Russells than their female counterparts. For female Jack Russells, you would want to choose a name that does not sound too mischievous and still has a hint of sweetness and docility.

Both Jack Russell dogs are rescues. They are loving, loyal, and boundless energy 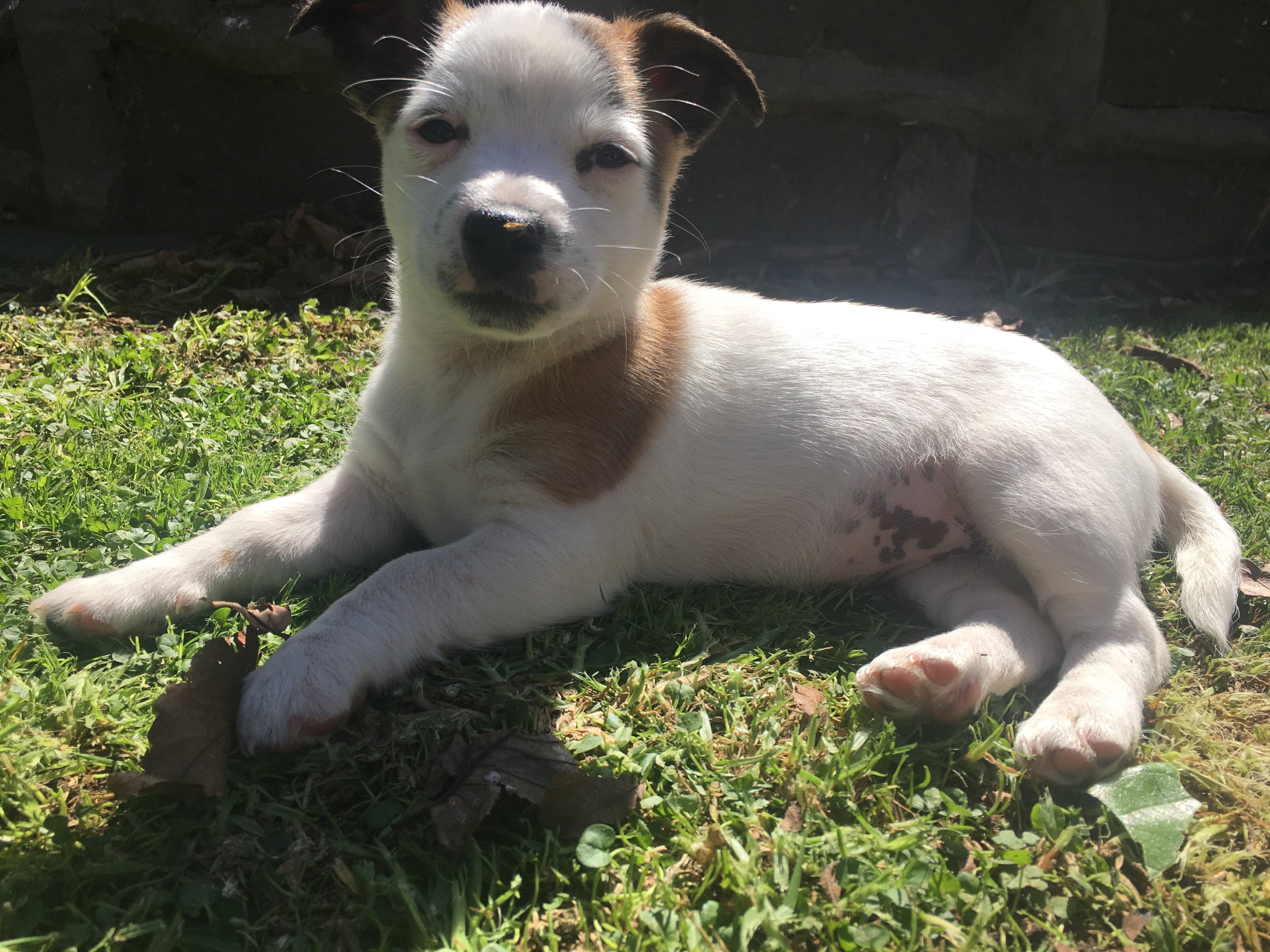 We have had Daisy for 2 days now and would love any advice you can give us please. 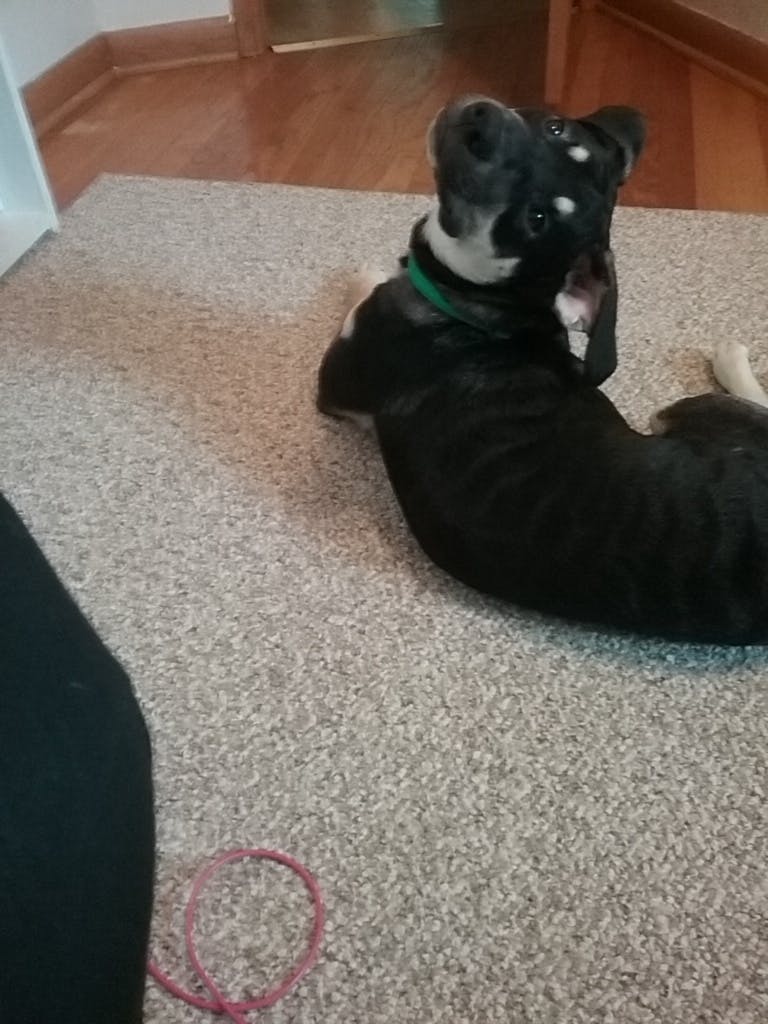 We named him after Max the dog on the movie Mask 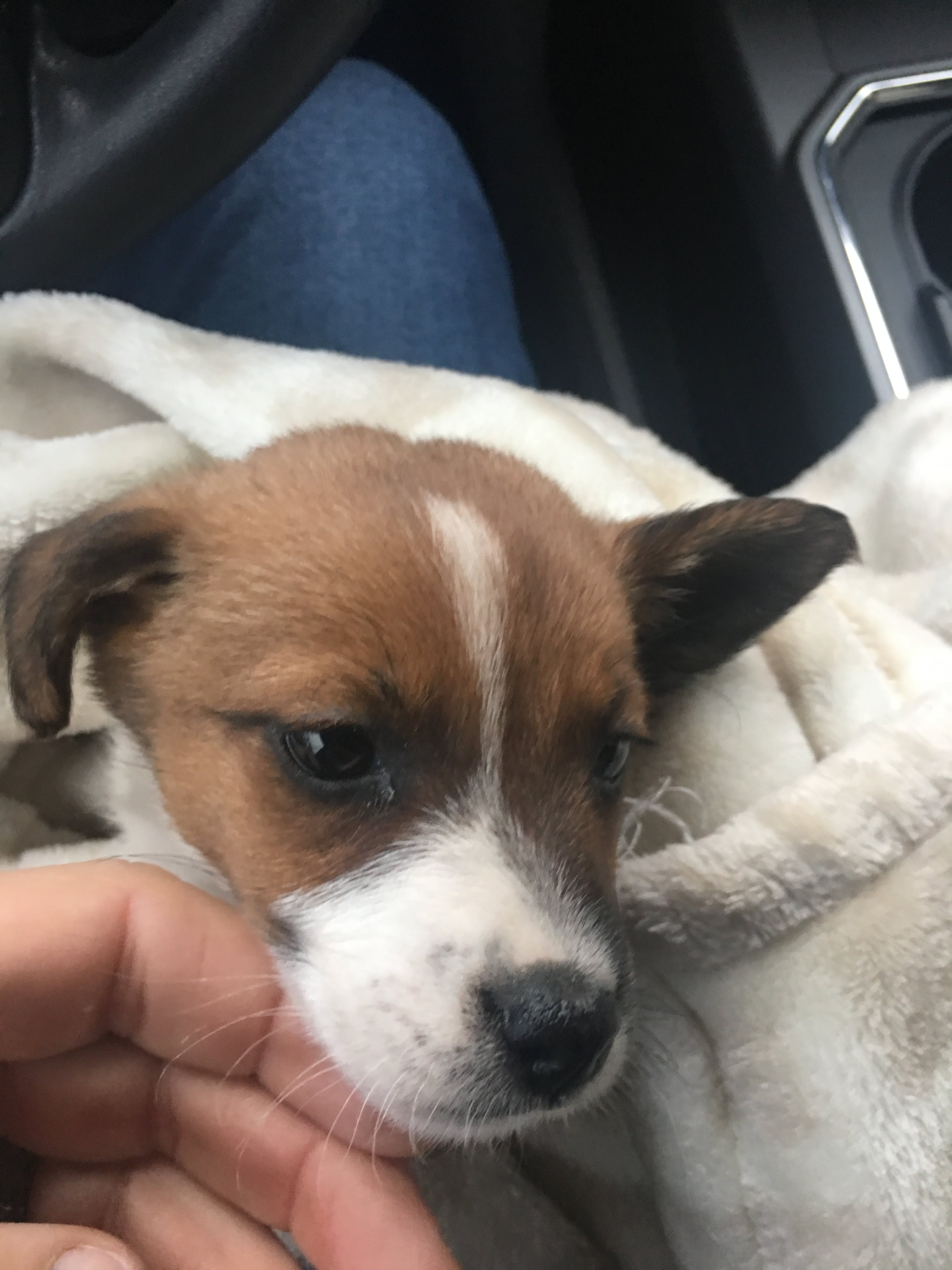 Always on the move Blazing up the ground 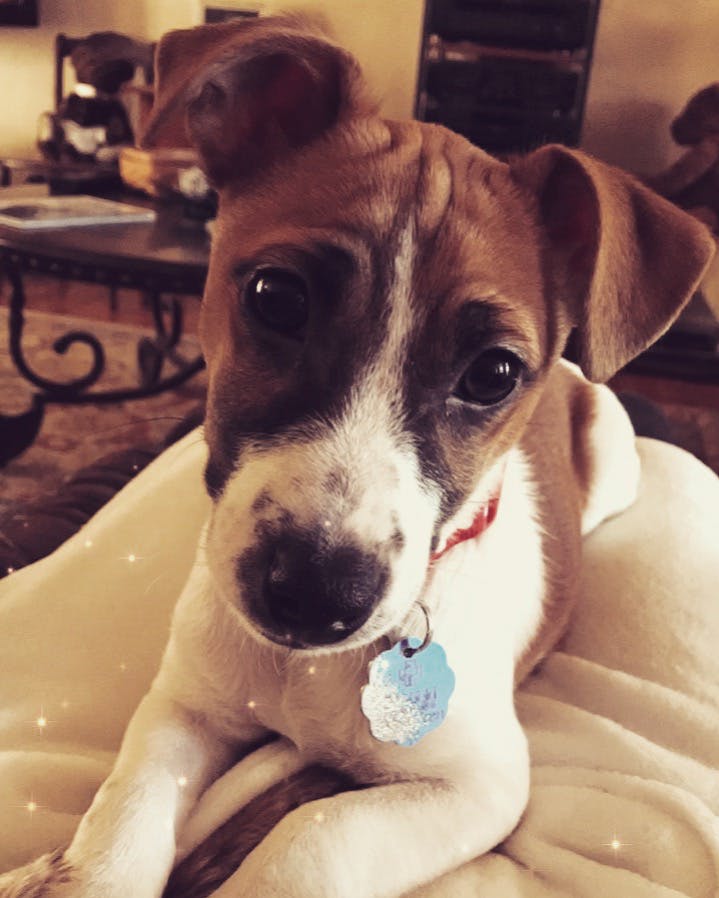 British in origin, street I grew up on 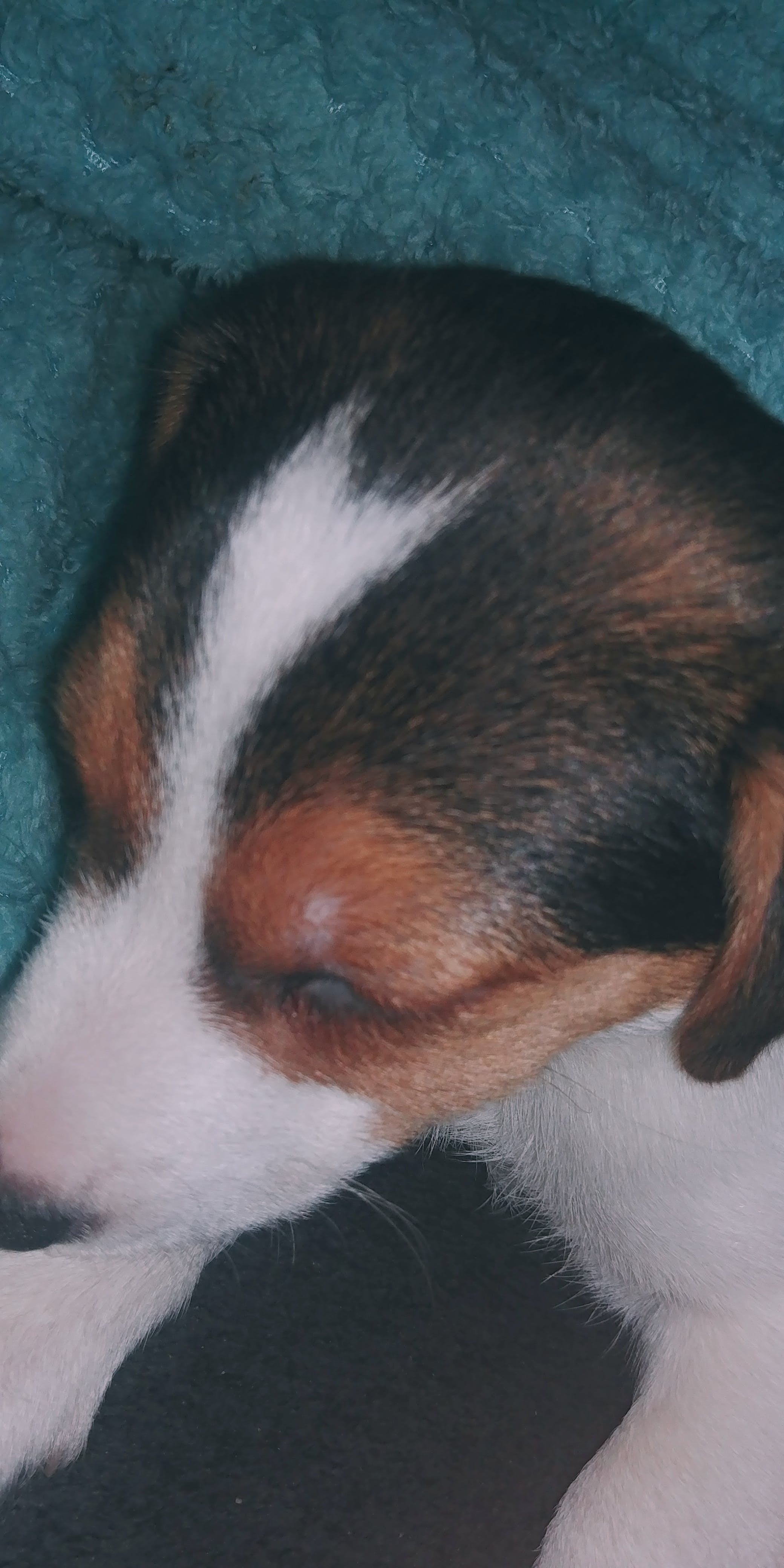 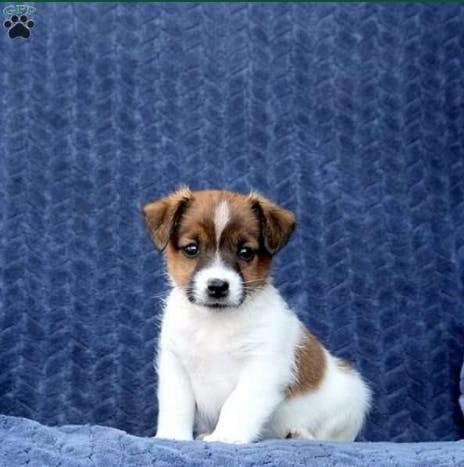 We fould out about his breed by the movie The Mask

Well my son is a boy scout and Scout attended his scout meetings but we still didn't know a name. All the kids loved him so we decided to name him Scout, after the boy scout community.