Adding a new four-legged friend to your family is an exciting adventure that begins with choosing the perfect name. Your Pit Bull puppy needs a name that reflects his or her personality and that you will be comfortable using for the next several years. These loving, protective dogs make excellent family pets, and they have becoming increasingly popular in American homes. Trying to come up with a unique name isn’t always easy, but there are several great options that are perfectly suited to a Pit Bull’s personality and appearance. Keep reading to discover a few ideas for pit bull terrier dog names to help you get your creative juices flowing.

Though they have had a bit of a bad reputation in the past, there are several famous Pit Bulls who have made their mark on pup culture. Pit Bulls have a special place in their owner's hearts as well as in movies and on television. One of the most recognizable, though, is Petey from the Little Rascals and Our Gang shorts from the 1920's and 1930's. Petey had a circle around his eye that made him one of the most recognized canines in cinematic history. What many people don’t know, though, is that his trademark circle was added by Hollywood makeup artist Max Factor. While Pal, the original dog who played Petey, did have a partial circle around his eye, makeup was used to complete the ring. When Pal’s son Pete replaced him, the production company had no choice but to add the trademark circle.

Petey joined the “rascals” on their adventures and proved to be an amazing friend to the gang. During this time, Pit Bulls were the dog every kid wanted to have. Considered “nanny dogs” during this time period, dogs like Petey were often seen protecting and entertaining small children. In 1994, The Little Rascals story was revived and hit the big screen, reminding people of all ages about the charming Pit Bull Terrier.

The Pit Bull Terrier is also a major part of modern American history. During World War I, an image of a distinguished member of the breed was used to represent the United States and was featured on several propaganda posters. One brave and loyal Pit Bull even became the most decorated dog of WW I. Stubby was the mascot of the 102nd Infantry, Yankee Division, and eventually earned a promotion to sergeant. This courageous canine is credited with attacking a German spy. Stubby attacked the spy and held him until American soldiers were able to take him prisoner. He served for 18 months and was in seventeen battles where he found and comforted wounded soldiers, saved his regiment from a surprise mustard gas attack and more. Sergeant Stubby is the only dog to be promoted to the rank of sergeant through combat and is the subject of the 2018 film, Sgt. Stubby: An American Hero. After the War, he met presidents, generals and many other important figures. Upon his passing, Stubby received a half-page obituary in the “New York Times” – significantly more space than what most notable people of the time received.

Think about your Pit Bull’s personality. Many traits can be used to come up with unique names. You may also want to consider common Pit Bull characteristics, like strength, courage and loyalty. Pitties come in several colors and often have unique markings. Perhaps yours has a heart-shaped spot or even a circle around his eye like the famous Petey. Your pet’s colors or markings could help you come up with a name that’s a perfect match. Don’t limit yourself to just “dog” names; there are many “human” names that are perfect for our four-legged family members! From classics like Max to more modern names like Dillon, there are several options that could be a great fit for your Pit Bull Terrier. 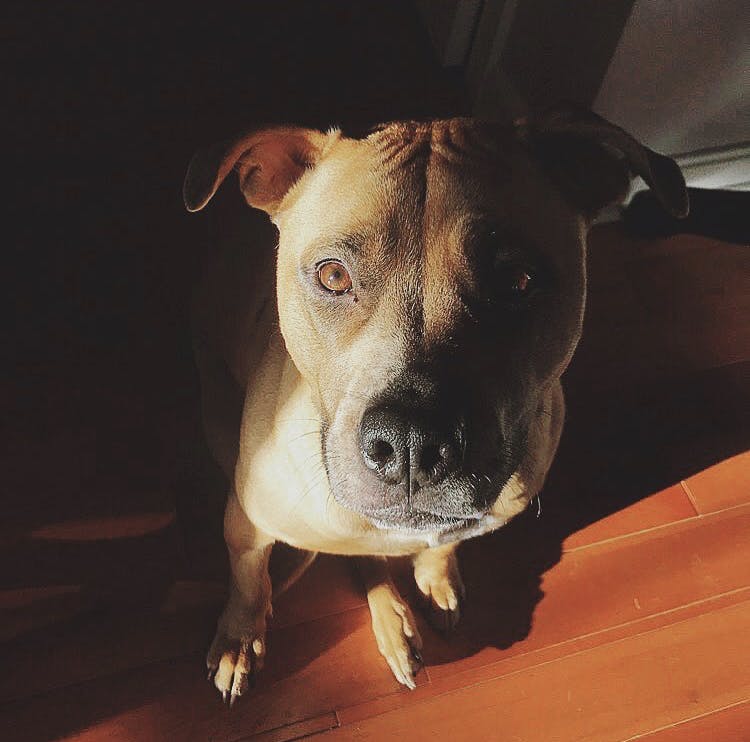 We rescued her from a Pound in Indiana when she was 3 months old, she looked just like a Gingersnap so we named her Ginger