Plott Hounds are beautiful and intelligent. They need activity and companionship to be happy, but these hounds were bred to hunt large game. They must have the need to track fulfilled in order to be comfortable being still. This is not a dog that can be without a fence nor can they be walked on a loose leash lest they follow the trail of an interesting smell. If you are not going to hunt them, consider a tracking club where you can walk and run on various terrains. Consistent training is necessary or their energy could come out as aggression. The unique characteristics of this fabulous breed can supply a multitude of ideas for a name.

Johannes Plott was a gamekeeper who moved to Cabarrus County in 1750. He brought five large dogs with him to protect his stock and his family from wild bears and boars. He brought the dogs that created the breed, and not much else. His son Henry is the one who bred the Plott Hounds into a distinctive breed. They had to be big enough to stop large animals that could kill, but they had to be smart enough not to kill the animals they were supposed to protect.

Henry’s grandson, Montraville, trained them to hunt and after he added European Cur to the mix, people would travel miles to get his Plott Hounds. Montraville’s sons, as is so often the case, disagreed on how to train and breed Plott Hounds. Jon Plott wanted to improve upon their appearance, where Von spread their use as hunters and trackers by leading hunting tours. By the 1930’s Plott dogs were owned and carefully bred by those outside the family. Their tradition as protectors and big game hunting dogs remains to this day.

These days you can find Plott dogs participating in tracking and treeing competitions at American Plott Association Breed Days. Not having been recognized by the American Kennel Club until 2006 they have remained a mysterious breed. In 2008 the first appearance at the Westminster Dog show. Of the four dogs competing, it was Black Monday who won Best in Breed. The dog did not win out to the Hound group to go on to Best in Show, but it did fully introduce the breed to the world. The fact is, Plotts would rather be out huntin’. Put that on a leash and walk it.

There are, quite frankly, a lot of things to consider when naming a Plott. Plott Hounds are not pretty. Their beautiful coloring is many variations of brindle, but they were not bred for appearance. They were bred for speed, stamina, and strength. Their personality is strong. Plotts are more than courageous, they are fearless. Bold, alert, loyal, protective and intelligent are all personality traits of a Plott. They are known to be a stubborn breed to train, but training is absolutely necessary.

If Plott Hounds are not exercised they can be anxious because they are so energetic. These are great family dogs as long as they get the wiggles out. They can also be quite loud, so apartment living is not the dog's life for these guys. Some may have webbed toes, though this is not a dominant feature. It is that bit of information that can make a name truly unique to the breed. If they grow up with cats, they can deal with them as part of the pack. If left outside unattended with wild cats or any other wild animal, they may tree or harm it. If you have a sense of adventure and like to go on tracking or hiking expeditions, that could be yet another name consideration.

Rescued name was Wilma which we hated. We live in Willowbrook neighborhood and Willow was close enough sounding to Wilma that it was easy to transition her 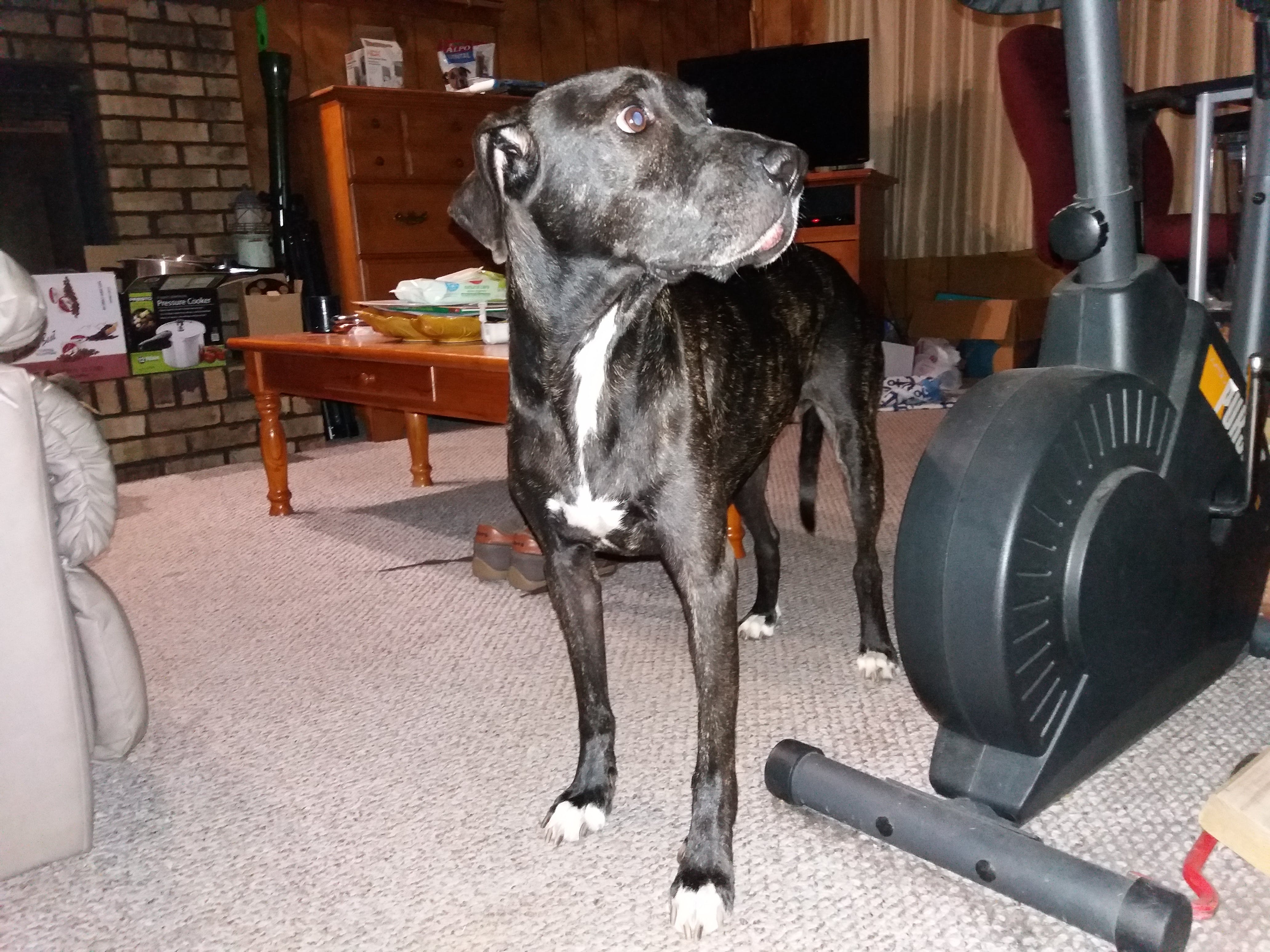 Named after the snack brownie 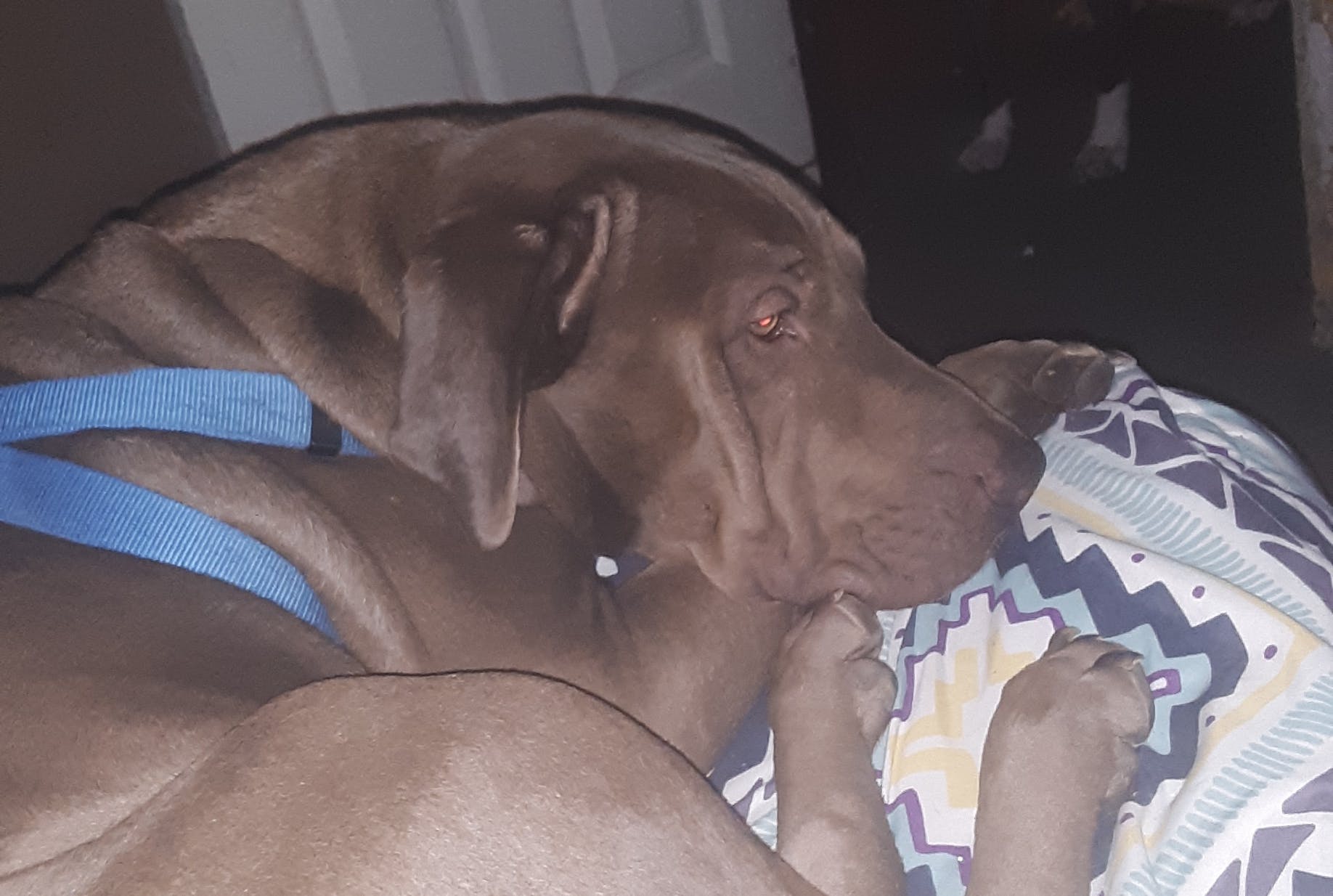 Named after his color

Hope or angle it was a miracle that she lived her mom could take care of them they all died she lived i had to take care of her like she was my baby. i love her