In the South, dogs are a staple of our lives. Many utilize dogs for farming and hunting. Often, Southerners name their dogs due to a variety of influences. Some owners wait a few days after procuring a new pup to give the dog a name that "fits his (or her) personality," or we may name the dog due to his coloring or a pattern of markings. In the South, pets are a part of the family, and we often name them as such. Research says that dogs need a one or two-syllable name, and often, this name does not need to be human. We Southerners pay no heed to that - we may name a dog after a hunting buddy or a relative (and in this case, naming a pet after a beloved relative is always an honor!).

Featured Famous Dog with a Southern Name
Elvis
Elvis - the King of Rock and Roll! The South, Memphis and Tupelo, Mississippi in particular - claim Elvis as a Son of the South. Elvis was born in Tupelo in a small, one-room house to a poor family. in 1935 during the height of the Great Depression. His parents moved to nearby Memphis, Tennessee a short time later looking for work. Elvis' love for music was first rooted in his early life when he attended the Assembly of God church with his parents. Their raucous song service moved Elvis, and his mother bought him an acoustic guitar for his eleventh birthday.  Elvis won a high school talent show just a few years later, and, in 1953, Elvis cut his first demo track at the Sun Recording Studio in Memphis. In 1954, Elvis released "That's All Right," and the rest is musical history. Elvis died in 1977 due to heart failure, but his legend lives on all over the South. On the day of Elvis' funeral, his home, Graceland, was surrounded by tearful fans. They lined the gate of his mansion with flowers and other gifts. Today, Graceland is still a hot spot for visitors in the Memphis area. It is customary to bring flowers to lay at Graceland's gates on Elvis' birthday. Others bring memorial gifts on August 16, the anniversary of his death.

Since so many Southerners love and memorialize Elvis, it is no wonder that many dogs are also named after the King. Some may also choose to utilize the King's surname, Presley. This works for male or female dogs.

There is no limit to the type of dog that can be named Elvis. He can be a cute, small dog. He can be a large dog. Giving tribute to both the King and one of his most famous songs, one might name a "hound dog" Elvis. Disney Star Debby Ryan honored the King by naming her dog Presley.

The name "Elvis" for a dog has been quite popular since the 1960s. Using Presley for a name has become popular in more recent years. People generally name their dog Elvis due to their love for the performer; of course, younger people who were not alive during the height of Elvis' popularity will not understand the meaning of naming one's beloved pet after the star. It can be compared to naming a pet after Leo Dicaprio or Ben Affleck, two very popular actors in recent history. For many younger pet owners, Elvis is a cute name for a pup. For Southerners young and old, naming a dog Elvis is forever a tribute to the King of Rock and Roll.

To be considered a Southern dog, the pooch must live anywhere from North Carolina to Texas. We do include Florida and Kentucky in our list of Southern states. Southern dogs may include hunting dogs such as Beagles, Coon Hounds, or Labrador Retrievers, or they may be pristine, tiny "froo-froo" dogs such as Maltese, Pomeranians, and miniature Poodles. In other words, any dog can be a Southern dog provided he or she lives below the Mason-Dixon line.

Southern dogs may be named after locations: Memphis and Jackson are great examples of this. They may be named after the person from whom the dog was obtained. My father named many of his Beagles after his friend and fellow dog-trader, Bobby. I myself have named a few of my most favorite pups after beloved family members; in the South, it is never demeaning to have a pet as a namesake. In Louisiana, a popular pet name is Boudreaux, which is also a family name in the area. Some dogs are named after historical figures, Jackson and Forest are a couple of popular names inspired by military figures.

Southerners tend to treat their dogs as a member of the family. He is likely to sleep with you, accompany you on walks or ride along to the store with you. It is for this reason that Southern dogs must have just THE perfect name. 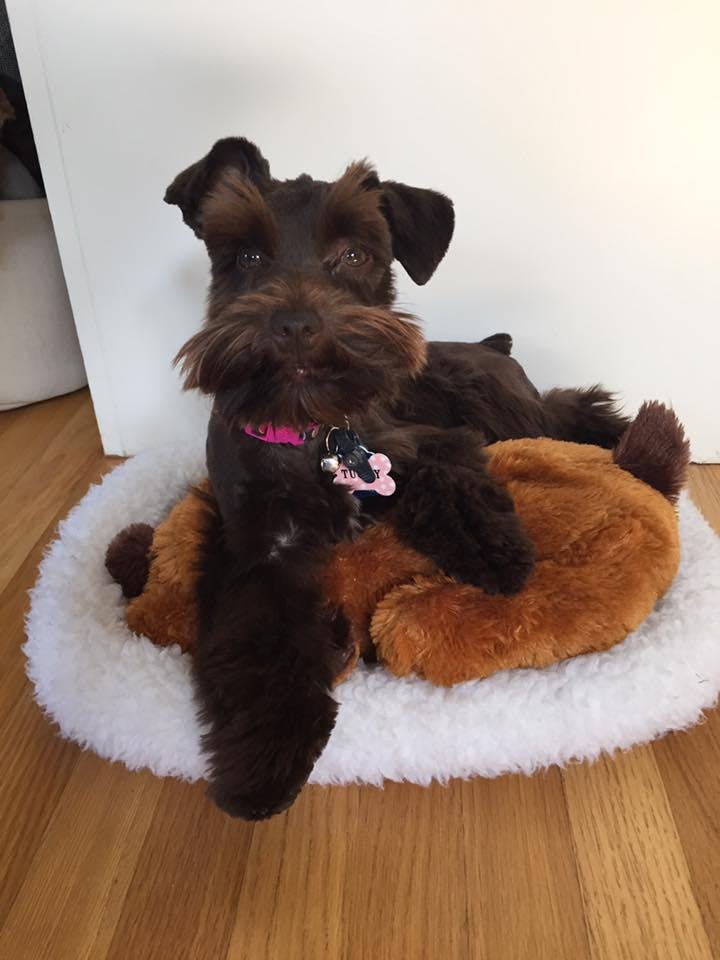 I was born and raised in KY-- live in California now. A sweet reminder of my roots. 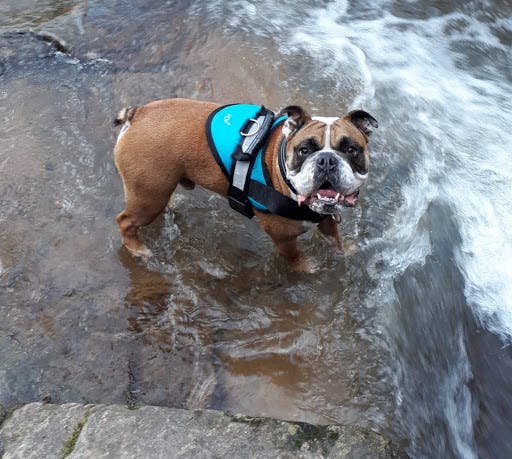 He was an 8 week old, round, little, brown, wrinkled Bulldog when I got him in Abbeville, South Carolina. He looked exactly like an over-cooked baked potato. So, "Tater", was a natural fit.