The Staffordshire Bull Terrier is a fun, compassionate dog that enjoys playtime with its family and other friends. Playfully called “Staffie”, this breed was first developed in the region of Staffordshire in England, hence the name. Staffies were originally meant for bull baiting, which was a huge sport during the 19th century. However, the interest in the sport died down, and so did the breed’s popularity. It was not until the 20th century when Staffordshire Bull Terriers became prominent again, especially in the United States. Since then, the Staffie has become a family favorite for a pet dog and a staple in most households. Choosing a name for this strong and attractive breed will be a fun task.

Staffordshire Bull Terriers are among the most well-known dog breeds not only in the United Kingdom, which is its country of origin, but also all over the world. In fact, one of the most popular pieces of literature featuring the dog breed hails from South Africa. The book Jock of the Bushveld, written by Sir James Percy FitzPatrick, details the true story of his travels in the 1880’s with his Staffie, named Jock. During this period, FitzPatrick lived in South Africa’s Bushveld region and took on several jobs, including a prospector’s assistant, ox-wagon transport rider and journalist, among others.

Jock’s mother was a dog in FitzPatrick’s camp. She gave birth to six puppies, with Jock being the runt of the litter. Since all puppies except the runt was claimed, FitzPatrick decided that he would take it as his pet. He decided to name the pup Jock. In the story, FitzPatrick also talks about the instant connection that he and Jock forged right away, with the puppy even following him on his way home without being coached.

The adoption of Jock was the start of an adventure-filled life for FitzPatrick. Growing up, Jock started to become a fearless and exploratory dog who was loved by many. For the duration of his life, Jock went on many undertakings with Percy. His steadfast dedication and loyalty to his owner was legendary, so much so that Percy decided to use the tales of their adventures as bedtime stories for his children. When FitzPatrick moved up and became a prominent figure, he decided that the loving memory of Jock was too good not to be shared. So, with the insistence of his children, Percy ended up immortalizing their story by writing the book Jock of the Bushveld.

First published in 1907, the book became an instant hit and was considered a South African classic. In the long run, the book started to become popular overseas, with over 100 different versions and translations. FitzPatrick’s daughter also built bronze statues and plaques across the different places where Percy and Jock shared memories together in order to commemorate the story.

The book’s popularity spawned a few film adaptations, released in 1986 and another in 1994. An animated version of the story was also created. The film was called Jock the Hero Dog and was aired on July 2012, with singer Bryan Adams voicing the titular character.

Jock’s story is just one of the many adventurous tales involving a Staffordshire Bull Terrier. His account helped raise the recognition of the breed and helped make it the popular pet choice that it is today.

The Staffordshire Bull Terrier is a cute, loving dog breed that deserves a special name to match its special personality. When choosing a name for your Staffie, try to pick one that is not too long. Remember, most, if not all dogs recognize the first syllable of their name the most. Therefore, it is important to not give your dog too long of a name. If ever you do want to a really cool but long name, make sure that you have a shorter version for it. For instance, if you are a Star Wars fan who named your Staffie as “Darth Vader”, make sure you have a short form for when you are calling your dog, such as “Darth”.

Another important factor to take into account is the physical appearance, temperament or any memorable habits that your Staffie might have. Since Staffies have a muscular build, you may opt for a name that depicts strength and power. A good example of such a name is “Rocky”, which is also the name of the famous fictional boxer portrayed by Sylvester Stallone. Staffordshire Bull Terriers are also known for being extremely playful with their owners, which can be another basis for choosing a name. By considering your unique pup’s many features, you will surely be able to come up with a long list of possible names for your Staffie. 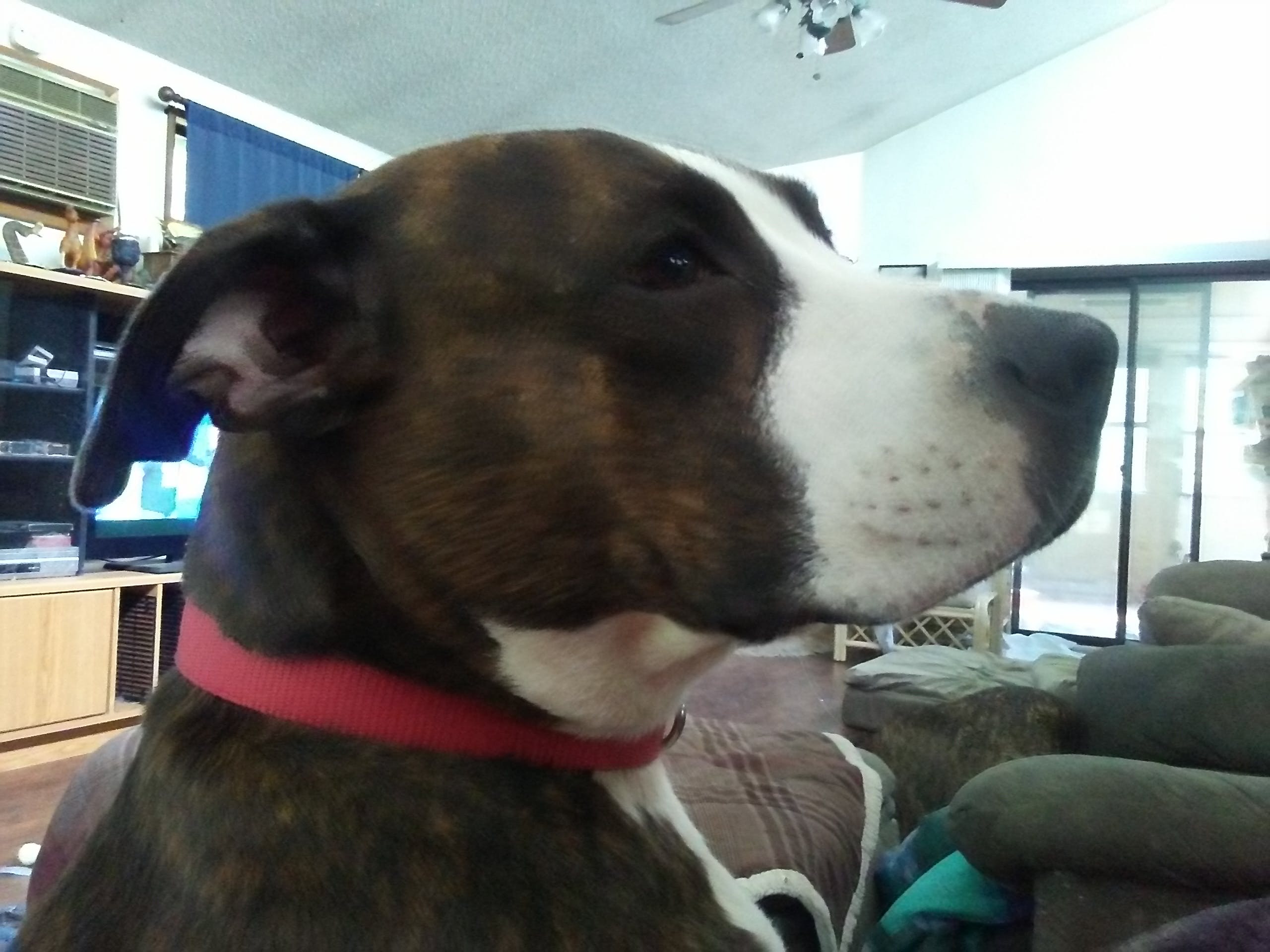 I had her name picked out before I met her 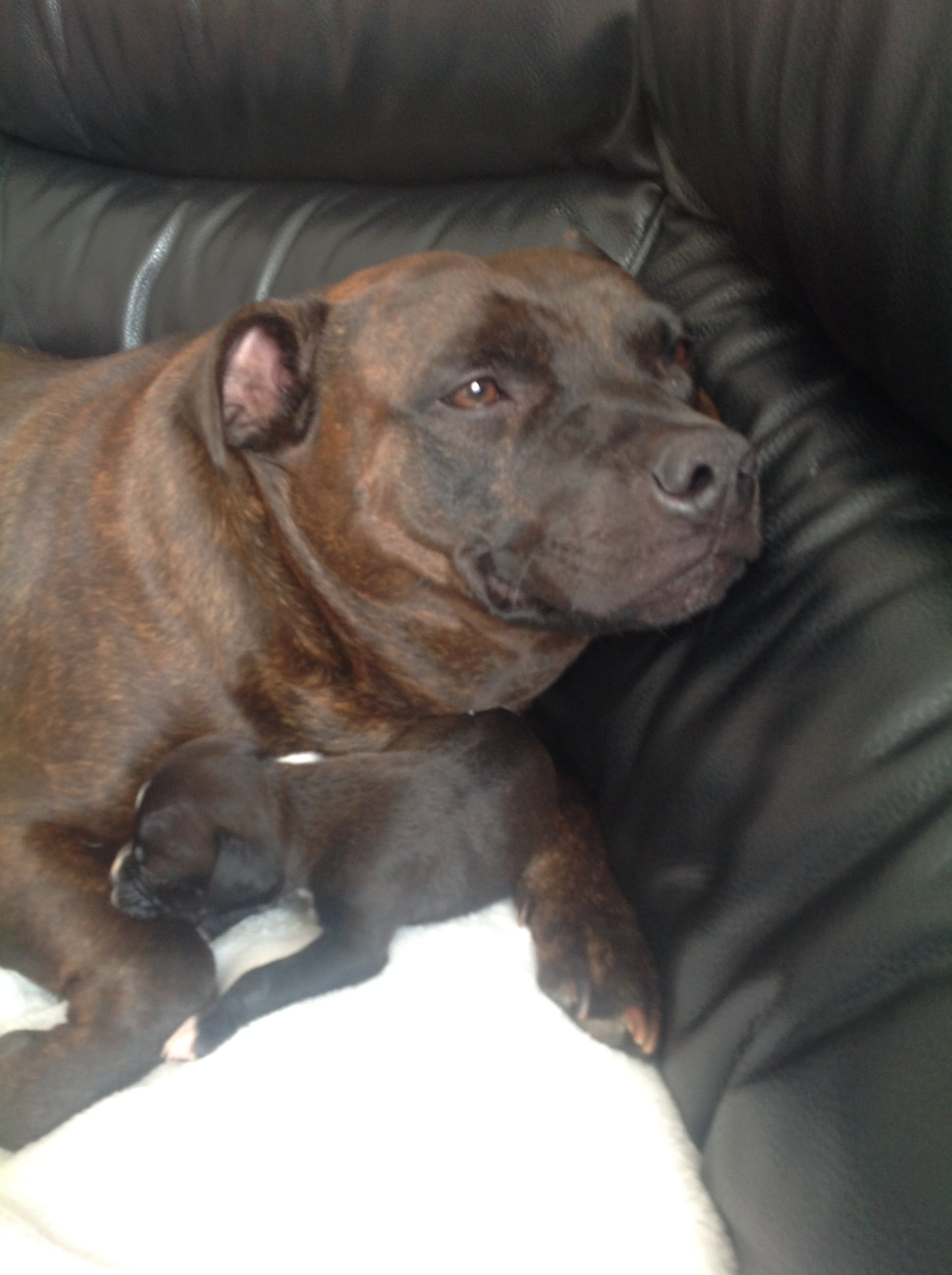 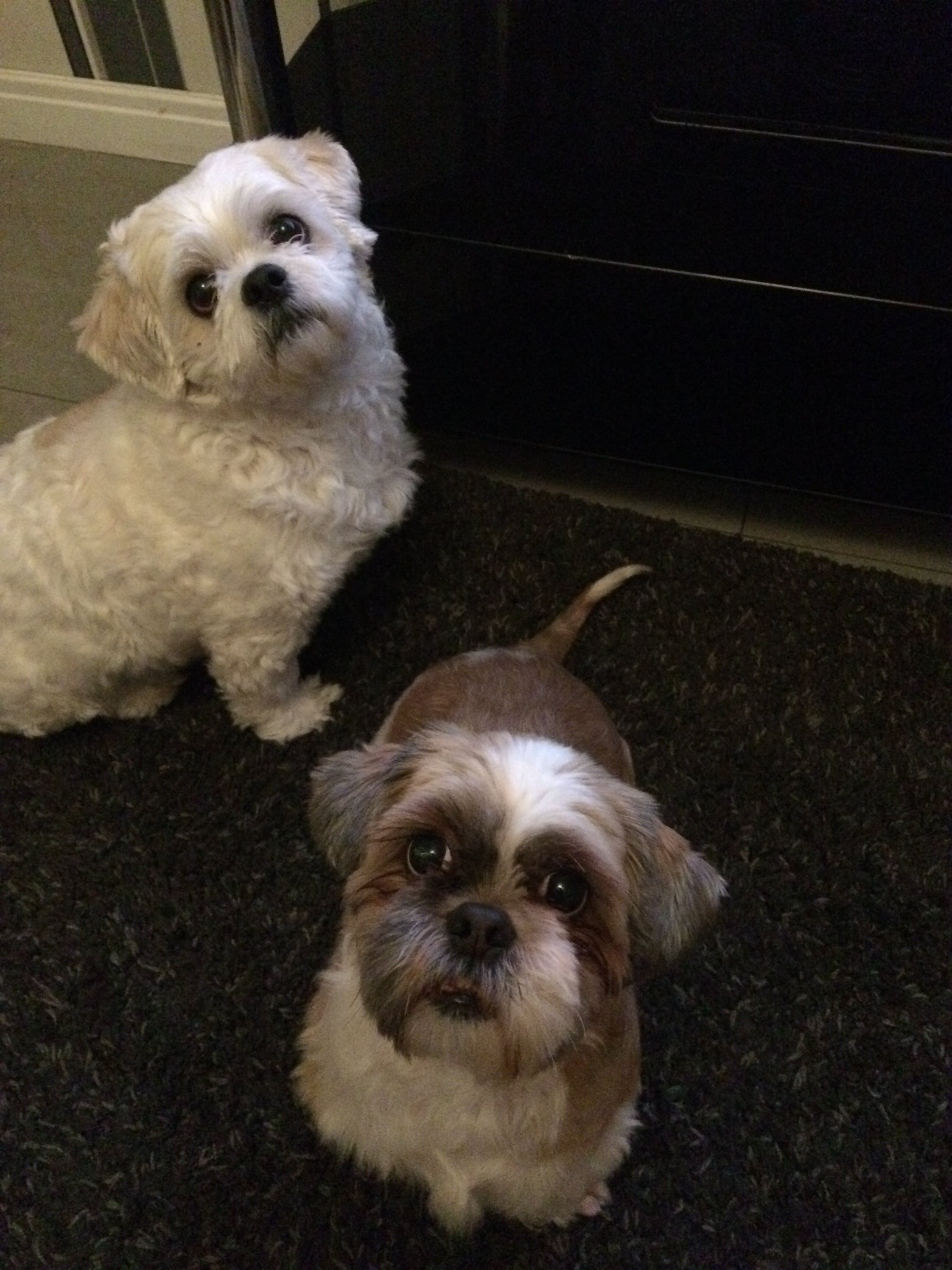 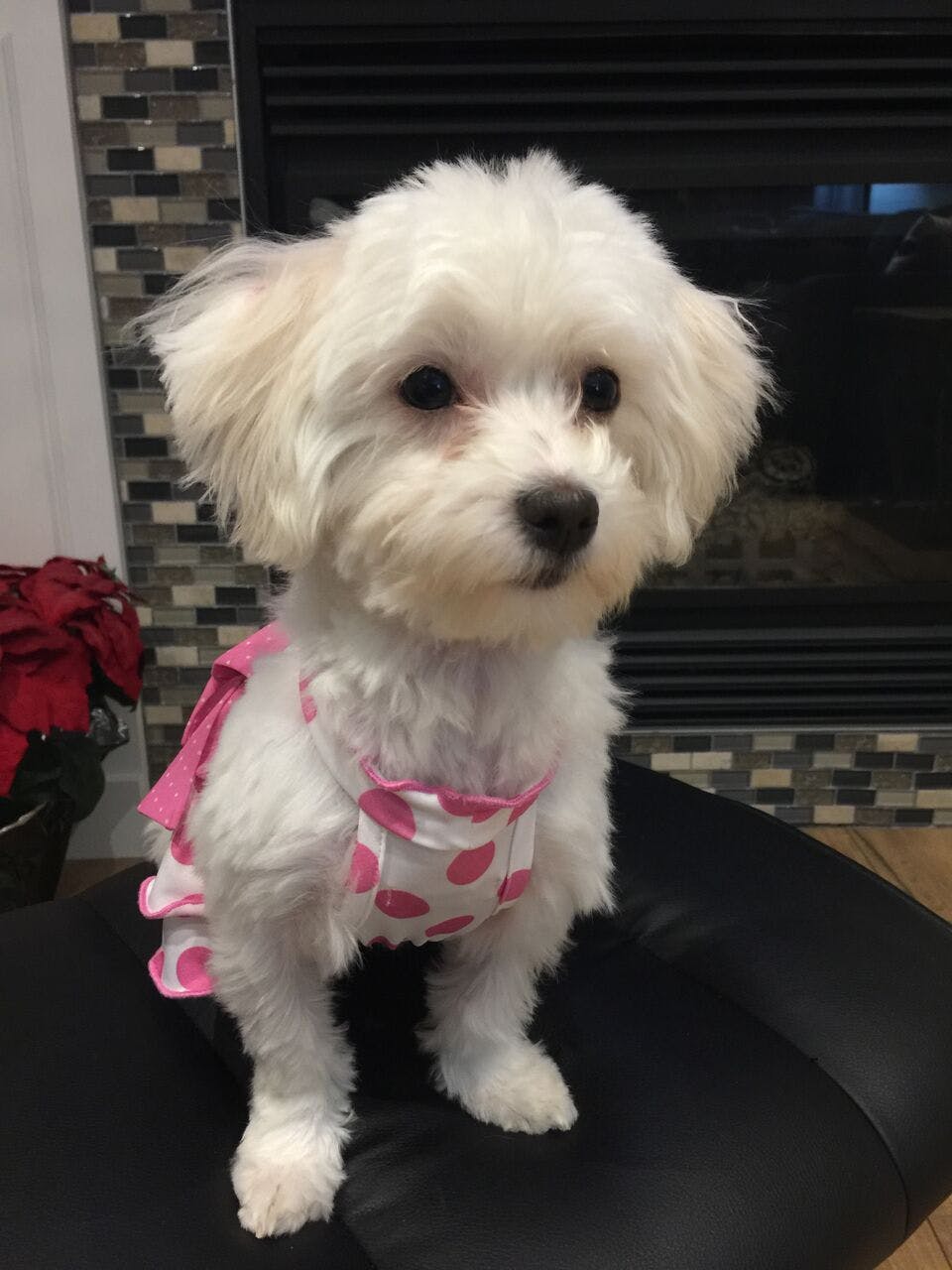 PPPIINKY is named holly because we like the name PPPIINKY.

PPPIINKY is named holly because we like the name PPPIINKY. 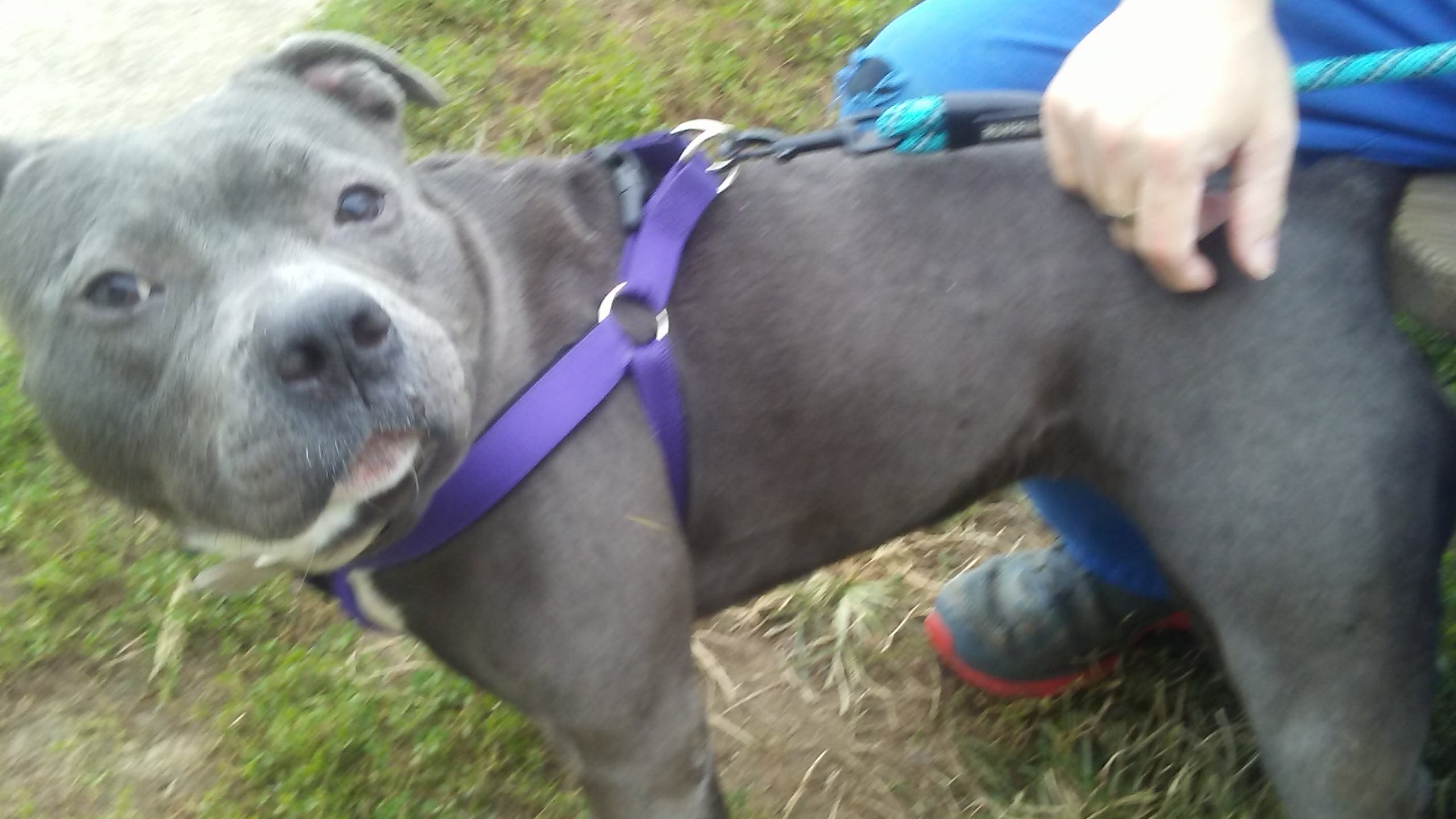 Gemma means "jewel" or "gem",and she certainly is our precious gem- so the name just fit like a puppy glove! 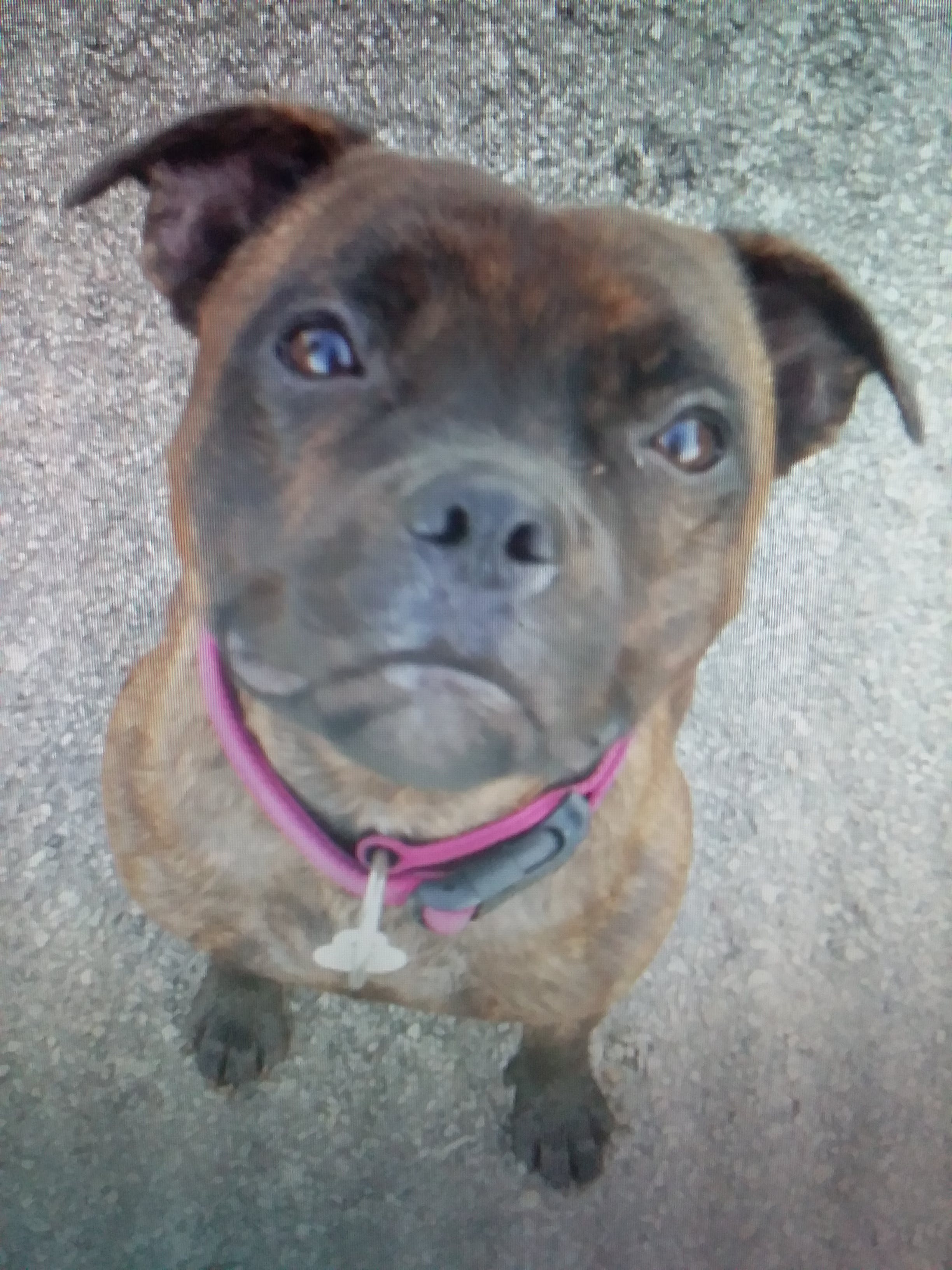 We wanted a name that represent a brightful night with all the stars and the shinning moon for our little puppy and I came with "Nyx", the goddess of the night. I needed something powerful and poetic, juste like her. Actually she's kind of scared in the dark lol.