The television show Supernatural is a long-running popular series depicting the lives of brothers Dean and Sam as they "hunt" down ghosts, demons, and otherworldly beings. Dean is a loner. He idolizes his father, who gave his life for Dean. Dean is down-to-earth, loves a good cheeseburger, and is mechanically inclined. Sam was never meant to be a hunter like his father and his brother - he was attending law school at Stanford when Dean came to him for assistance in finding their father. Loyal to each other and to their father's memory, the brothers operate as a team. They may fight, but they never permanently part ways. A pet parent will find a variety of names available for their dog to honor a love of this television show.

Featured Famous Dog with a Supernatural Name
Sam
Sam is one of the most popular pet names today, and it is no surprise that many famous dogs share the moniker. Sam is a name generally associated with dogs who are smart and lovable. Size nor breed does not make the name "Sam" more appropriate for any particular dog. "Sam" fits the idea of giving a dog a one or two-syllable name that the dog can easily recognize; it also does not resemble any commands. There is little wonder why the name is so popular.

One Sam that has been a part of families for decades is Sam, the second family dog in the comic strip Family Circus. Sam is referred to as a "shaggy-haired mutt," and he was a stray that the children found on one of their many adventures. He entered the comic strip on January 26, 1970. Often, Sam is told "Quiet, Sam!"

Another popular cartoon character is the dog Sam of the Sam and Max cartoon series. Sam and his partner Max are parodies, and were commentaries on American popular culture. A video game has been created featuring the pair. Sam often appears as a detective or private investigator. He is dressed in a suit and a fedora hat.

A third popular Sam is the dog Samantha who is the sole companion of Robert Neville, the only person left in New York in the film I Am Legend. All of Neville's family has been affected by the virus, and he and Sam are the only ones not affected by the horrific virus. Neville is heavily attached to Sam; she was given to him by his now-deceased daughter Marley. Sam is shown to accompany Neville at all times. Sam also assists Neville in self-defense against the "Darkseekers," vampire-like creatures affected by the virus. However, Sam is bitten during one such fight. In this instance, Neville is attacked by dogs with the virus, but his loyal Sam attempts to save him. During the melee, she is bitten, and she contracts the virus. Neville is forced to put her down, but her death also leads Neville to find other survivors who are immune to the virus.

Each of the Sams mentioned are valued family pets. Sam Winchester is a brave, loyal individual. While Sam is a popular name - usually because of its simplicity, a dog named Sam might be a complex character who is both unafraid and affectionate at the same time.

Any dog can have a "supernatural" name. You might consider naming a large dog "Monster." A Rottie or Doberman Pinscher might be named "Demon." Dogs have been linked to the supernatural as well as mythology many times throughout history. Greek mythology told the story of Cerebus, the three-headed dog that guarded the entrance to the Underworld. Cerebus was a frightening dog, and Hades - the king of the Underworld - was his master. Some stories have him outfitted with lion claws and a serpentine tail.

The Mauthe Doog (also known as the Moddey Dhoo) is a legendary dog the size of a calf that haunts the Peel Castle, located on the Isle of Man (an area between Ireland and Great Britain). This black dog became so commonly sighted that most of the guards at the Peel Castle often ignored him. However, one spooky tale relates that a drunken soldier walked down a hall to confront the ghoul and died three days later. The Okuri-Inu is a demon dog from Japanese mythology. He resembles a dragon. The Cadejo originates in Central America; one demon is all-white, and the other is all-black. Legend holds that people who speak to the dog will go insane from the encounter. The Chinese speak of the Tiangou, a dog who ate anything he could reach, including the sun.

While the television series Supernatural has not featured a regular dog, Sam Winchester has had a couple of canine friends that he was eventually forced to rehome due to his occupation. In addition, black dogs traditionally forgo negative events. The hellhounds on the show are black, and in "Rising Son" from Season 1, as the pair tackle a wendigo, they frequently encounter a large black dog.

Chuck who was a prophet that turned out to be god

She is named after the nickname for Lucifer 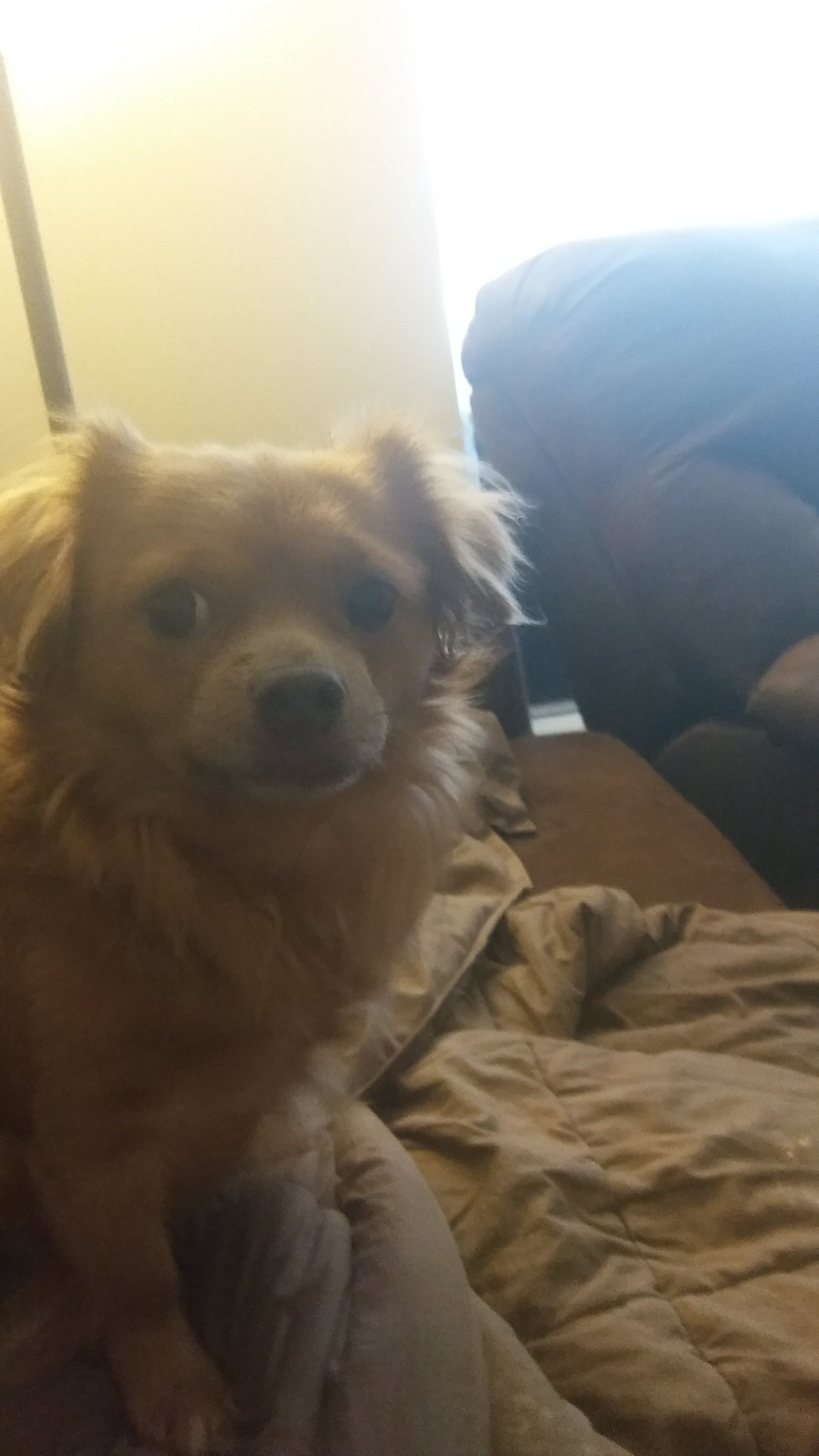 I watched the series and really enjoyed it. I had the name picked out before I got him. I would love to have had a pup named Dean too...but couldn't afford him. Lawrence, as in Lawrence, Kansas, where the Winchester family lived before Mary was killed. 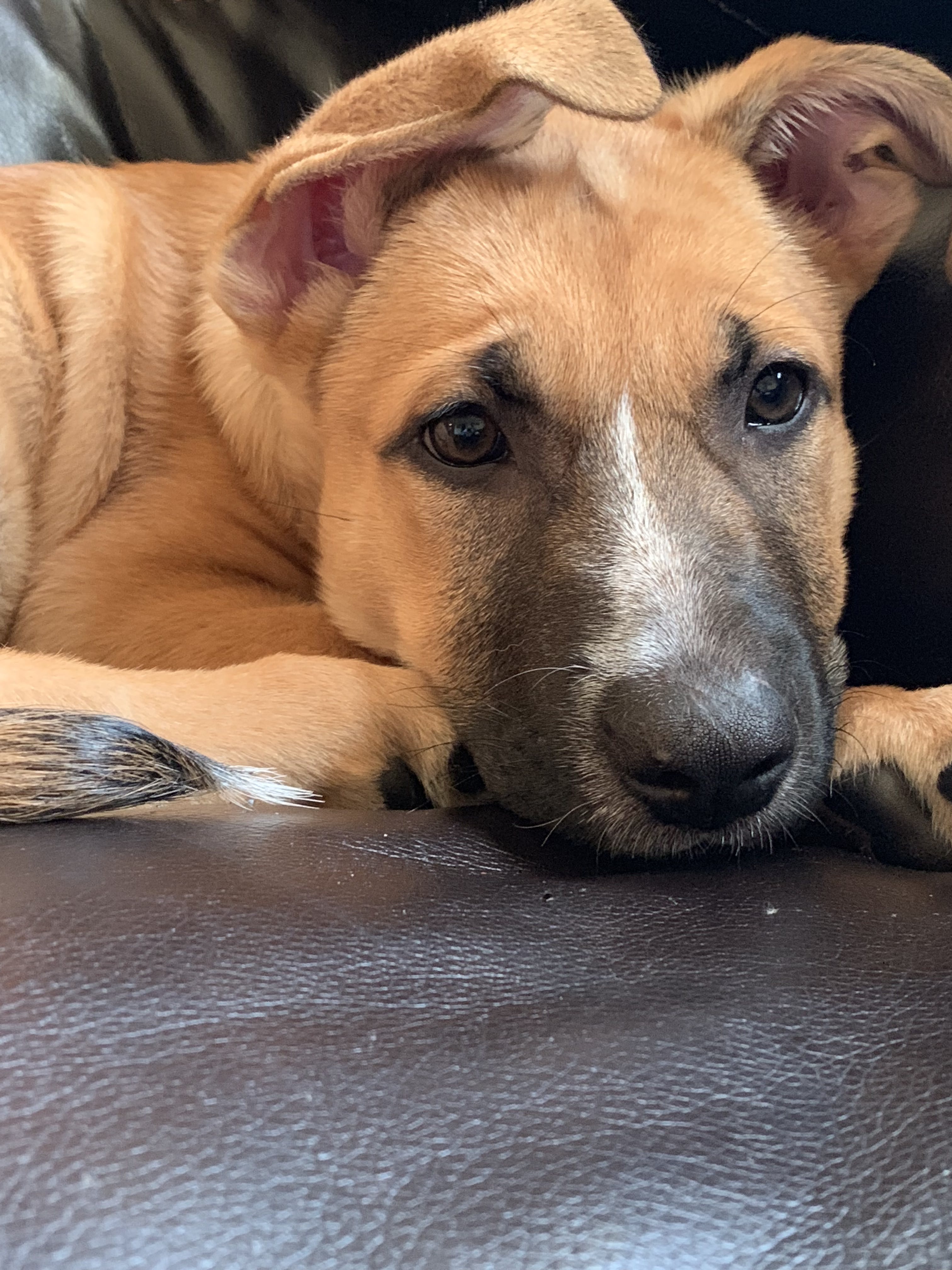 based on his personality, naming him after the Trickster seemed like the only choice 😊