The Treeing Walker Coonhound was originally bred to hunt small game - squirrels, rabbits, and raccoons. This hound's particular hunting strength has to do with its knack for forcing prey into a tree. Because of this, the Treeing Walker Coonhound is highly adept at tracking and treeing bobcats, cougars (called mountain lions in some parts of the United States), and bears. Some hunters use his tracking ability to hunt deer; however, this varies from state to state (some do not legally allow this practice). He is also a keen scent dog, which makes him adept for other work outside of hunting. Choosing a name for this type of dog has plenty of options.

Featured Famous Dog with a Treeing Coonhound Name
Cletus
The name Cletus means "to pray." In the case of a this famous dog named Cletus, prayer and blessings are likely responsible for the dog's survival. No one knows the exact story behind Cletus. He spent an unknown amount of time on the streets. Vets assessed his age to be approximately two years when he was found. He had wandered the streets of Los Angeles interminably when he was captured and taken to the city shelter.

Somehow, Cletus ended up at a no-kill shelter named Best Friends Animal Society. Cletus was most definitely an eye-catching dog. His crooked nose, predominant overbite, and his mismatched teeth were not qualities that made him attractive, but employees at the no-kill shelter could not help but be amazed that he had lived at all, much less survived on his own in the metropolitan area. Cletus also had issues with his spine and hips. In fact, Cletus' joints in these areas are fused together. At the time he was found, Cletus was suffering from a respiratory infection. However, Cletus successfully responded to treatment. He won the hearts of the Best Friends Animal Society employees, and he began to draw quite a following from patrons of the shelter. The shelter workers began to dress Cletus in sweaters, but their purpose in this was more than just making Cletus look good. These specialty sweaters helped Cletus to exercise his muscles properly in addition to hiding the pronounced hump on his back. Soon, Cletus was adopted by a loving family. His family kept the tradition of dressing Cletus in his signature sweaters, and he has a rather large following on Instagram. He is currently described as a tiny dog with a big fashion sense.

According to one online veterinarian, the name Cletus is perfect for a hound dog. First, it possesses only two syllables, which studies show is the best type of name for a dog. (One or two-syllable names are easier for a dog to remember and recognize. The dog will become confused when his handlers call his name. In addition, Cletus does not sound like common commands such as "sit" or "stay." Names of that nature tend to further confuse the dog, according to expert trainers.) The name Cletus is a widely used name for a variety of hound dogs. Giving your Treeing Walker Coonhound the name Cletus is sure to aid in training, and it is already widely popular among those who own hounds of differing varieties.

The Treeing Walker Coonhound often has names related to its hunting ability or personality. Some owners may wait a week or two before bestowing a name on their future hunting partner. Others may name their Coonhound after a beloved family member, a favorite hunting partner, or even after a television or movie character. Still, others may name their dog after musicians or other celebrities. Because the Treeing Walker Coonhound is chiefly considered a hunting dog, his name often has to do with the outdoors or the act of hunting itself. Names such as Chase and Dodger directly relate  to the hunting process. Other names, such as Bayou or River, are references to the great outdoors.

Some Treeing Walker Coonhound owners like to give their dogs old-fashioned names such as Barney, Bert, or Archie. These names may also be the names of older men that the dog owner might have known. They could have been older male relatives or former hunting partners. Other Treeing Walker Coonhound enthusiasts may seek out a traditional name for their new hunting buddy. Clementine, Cletus, Billie, and Daisy are all names which have fallen out of use with humans but make notable dog names, particularly with dogs used for hunting, such as the Treeing Walker Coonhound. 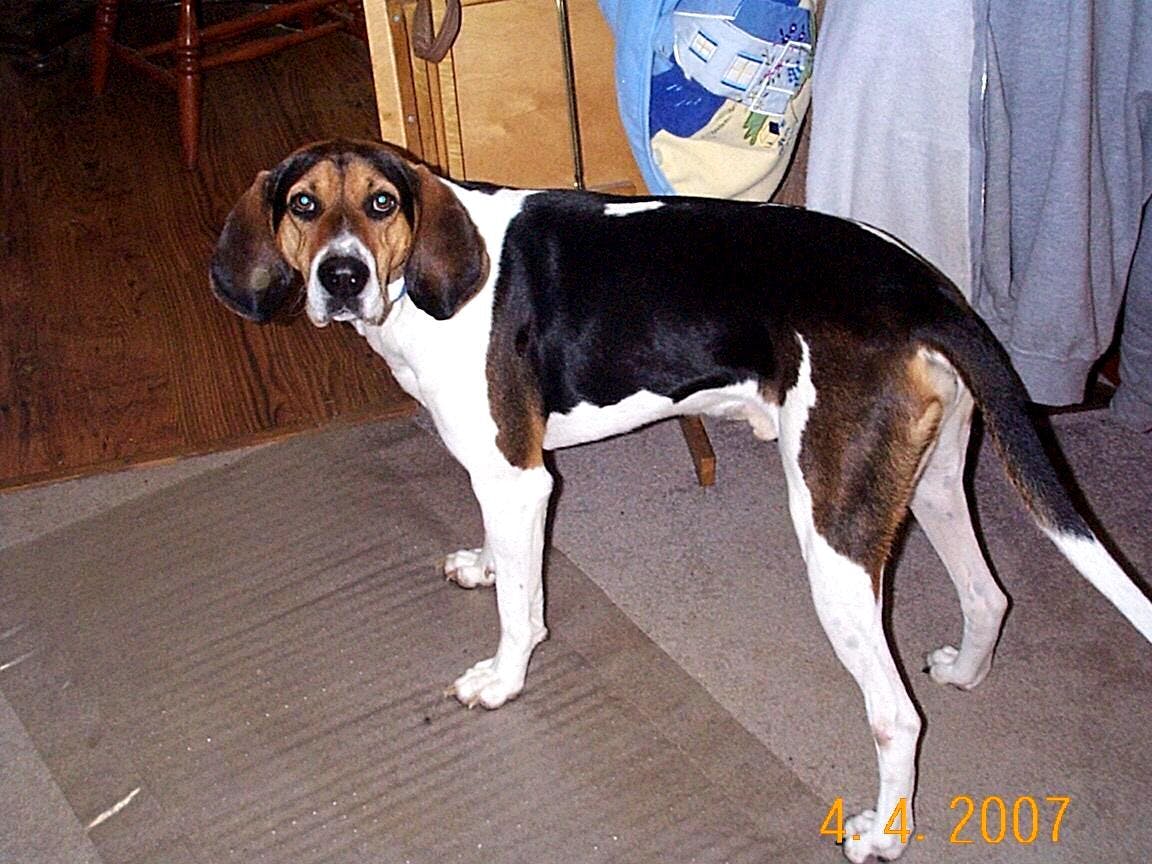 was named boom boom because when he was pickup he had been hit by a car. then the warden's truck was hit by a ups truck. and we called him boomer. 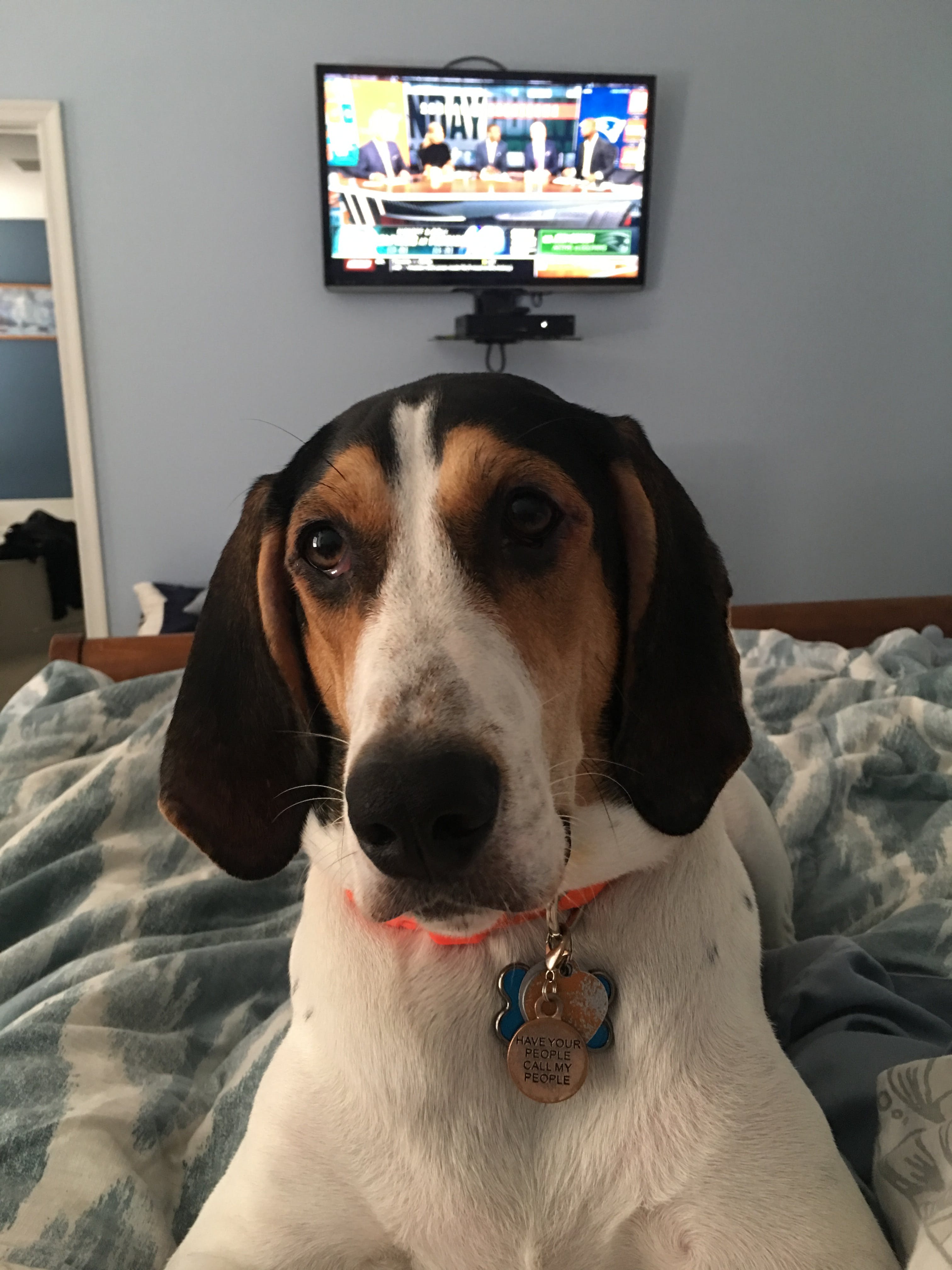 We rescued Odie from a local shelter. They called him Ben but that name just didn’t fit. We tried the name Barron like snoopy and the red Barron ... that name just doesn’t roll off the tongue.. we then went with Odie and it just fit ...we actually call him Odie Bug due to his buggy personality.