When we get a new dog, we have a great responsibility because we want to choose the best, most suited name for our newest family member.  There are so many dog names to choose from, so how do we narrow it down? How do we choose?  The truth is we need help. We need inspiration.  Well never fear, because after extensive research the best 6-letter dog names are now ready to view below. One way to narrow down your choice is to decide the length of a name – do you want a long name or short name for your pooch? In this article, the best 6-letter names for dogs have been selected, so peruse the list and enjoy the process!

Some people have some specific preferences when it comes to choosing a dog name and this is understandable.  This is an important decision.  When choosing a name for a young dog, be mindful of the fact that your dog will grow up and change in appearance, so try to choose a forever name. Some sources suggest choosing five names, and then saying them to your new dog, to see which one they respond to.  By doing this you can see if your dog specifically suits one of the names you have chosen, and if you can imagine yourself calling this day after day.

The name Sophie was a popular dog’s name in 2017 and this name appears on several top dog name lists.  The name Sophie derives from the name Sophia and means ‘wisdom’.  No wonder it’s a popular choice of name.  Actress Lauren Bacall died in 2005, but later made headline news due to the fact she left thousands to her Papillon pooch, Sophie.  Actress and singer Miley Cyrus is the owner of a Maltipoo called Sophie.  This is a designer breed, a crossbreed between a Miniature Poodle and Maltese.  Miley has several dogs all of different breeds.

Celebrities like Ariana Grande carefully choose their dog names as they want a name that has meaning.  Often themes are used in order for the owner to feel inspired.  Two of her pooches with 6-letter dog names are Sirius and Fawkes.  Both names here are actually inspired by Harry Potter – Harry’s godfather, Sirius Black, and Professor Dumbledore’s pet phoenix, Fawkes. Paris Hilton has several different breeds of dog including a Pomeranian breed that has a 6-letter name, Kimchi. This is a very cute name for a very spunky and popular breed. Sources suggest that in 2017, the Pomeranian was in fact the most popular dog breed.

While some people tend to choose a theme, many research popular dog names based on information produced on the internet.  Others do not know where to start and can’t bear to sort through hundreds of possible names. In today’s society, we like things to be sorted out for us through various IT programs and systems.  Deciding on how many letters you want in your dog’s name is a great way to start narrowing down your choice.  There are 30 male and 30 female names listed here – so there is plenty of choice, but considering there are thousands of names out there, we’ve done the hard work and narrowed this down to the best 6-letter names.

Narrowing down names for your dog is a perilous task.  There are so many names to choose on and often people have to do a lot of research. Owners want a name that their dog suits, and that’s why by checking out the best 6-letter dog names, you can narrow down a choice quite quickly.  Pick a few names that you like and think about how they would fit your pet.  You can consider things like size, color, and temperament.

For instance, the name Shadow would likely suit a dog with a black colored coat. Names like Brandy and Ginger can also be inspired by the color of your pet.  If you have a particularly pristine and beautiful pet then you might want to choose a name Tinsel, or Dazzle.  If you have a dog with a brave temperament, you may look for names that relate to Greek mythology like Hector, Brutus, Adonis, Oberon or Apollo.  If your dog shivers in the cold, then they may suit the name Shiver.

6-letter names are medium in length as some owners prefer really short names of only 3 letters and others like longer, or with two names or a double-barrel name.  The choice is yours, but there is something for everyone in the list of names provided here! 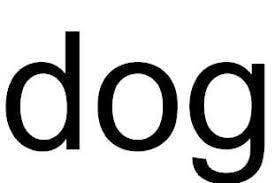 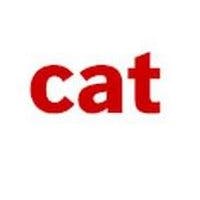 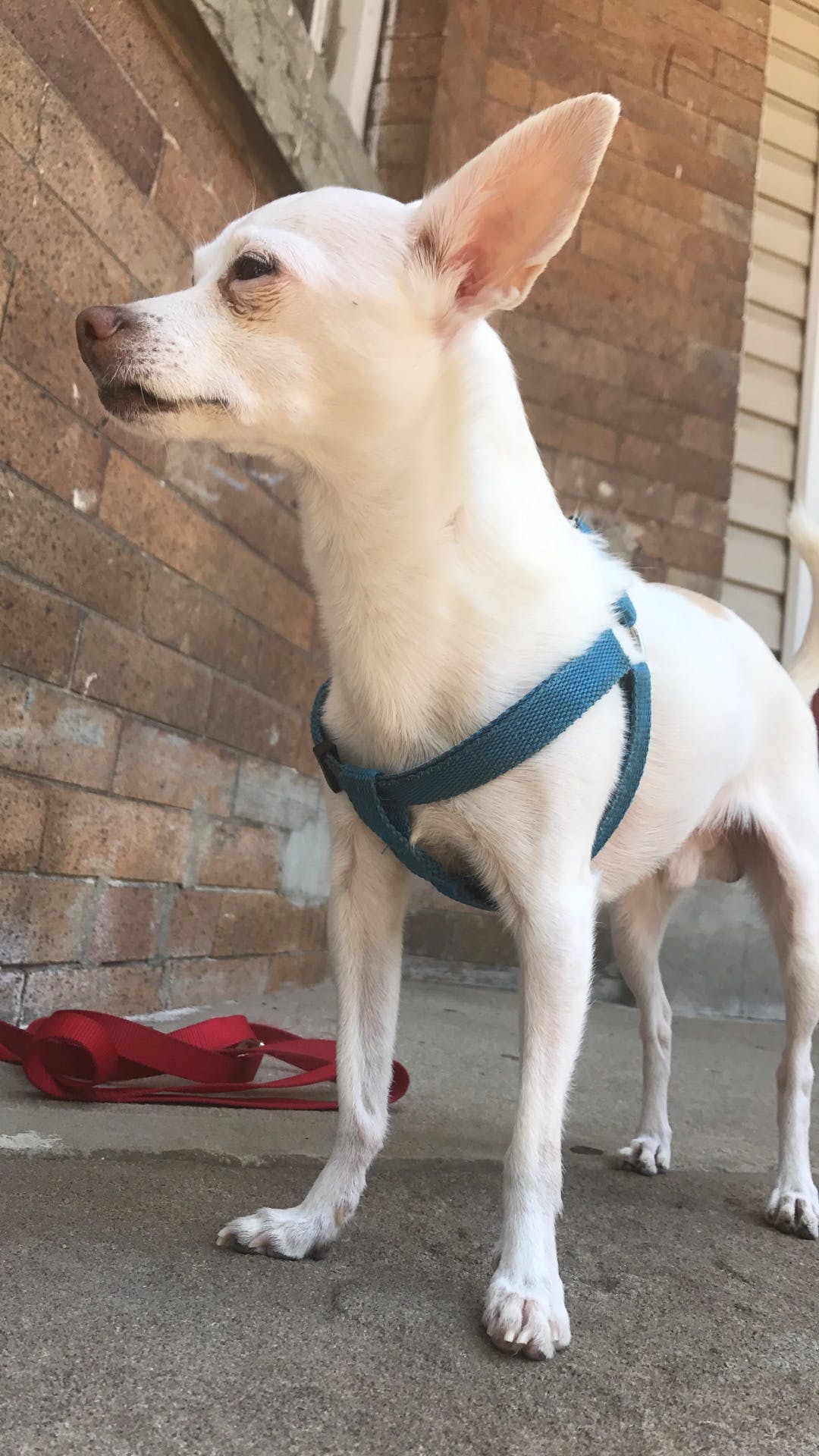 White as a ghost, the only one in his litter.