The Bichon Frise is fun-loving and friendly pooch that thrives in a family environment.  They love playing and they also love cuddles and attention.  Their coats are magnificent, although they require regular grooming.  In French, the name Bichon Frise means fluffy white dog.  There are many similarities between the Bichon and Maltese breeds, although the Maltese appears to be more popular choice with celebrities.  The Bichon Frise is ranked as the 45th most popular dog breed in America.  This poochis so cute and cuddly, who could resist such a thing?  Of course, there is the issue of when you choose a Bichon as your pet, what can you possibly name him or her?

The adorable Bichon is a curly-coated wonder.  He is magnificently white and pristine.  The Bichon prances confidently and is a friendly, family orientated dog.  The American Kennel Club have recognized the Bichon Frise breed officially since 1972, and have categorized this canine as being in the toy group because it is a small breed. The Bichon is playful, curious and peppy.  The Bichon makes a great companion and enjoys company, but this delicate pooch can become anxious if left alone as it tends to get attached to its owners.

The Bichon Frise is simply lovable and there are some celebrities who favor this delightful family pet.  Debbie Reynolds was a recognized Bichon Frise owner, and English actress, Sadie Frost, has two: Rosie and Ringo.   This intelligent breed is said to be trained easily too, which makes things much simpler for the owner. The origin of the Bichon remains a mystery dating back to ancient times.  This breed is thought to have originated in the Mediterranean and is said to have been a favorite of King Henry III, but is it any wonder that this attractive and pristine pooch was in the good graces of a King?

Due to it’s eloquent appearance and obedient behavior, the Bichon Frise is often entered into Crufts, a UK canine event and dog show.  This means that the Bichon is popular amongst dog owners who like to showcase their dog.  Crufts appears on British television each year in the United Kingdom, and this breed appears regularly, performing in the show every year.  In 2017, a Bichon Frise named Magic won Best of Breed.

In the 1990's, a toy named Puppy in my Pocket, was popular with children.  Their depiction of a Bichon Frise was named Buffy.  She sat proudly on a pink pillow.  A card came with each breed giving information including name, agility level, size, and the name of the breed.  Unfortunately, this craze didn't last long!

The Bichon Frise spotlight dog is Lucy.  Lucy is the name of the Bichon belonging to singer and actress, Christina Aguilera.  Lucy was famously snapped in photographs, draped on Christina’s shoulder as she worked the red carpet. Christina and her pooch are said to be close companions, and sources suggest that the Bichon Frise breed tends to get attached to its owner, just as Lucy appears attached to Christina.  The name Lucy is super-cute for your baby girl, Bichon Frise.  The name Lucy actually means bringer of light, and this pooch will certainly light up your life!

Choosing a name for your adorable four-legged friend is an important process, but sometimes it can be daunting.  You, as the owner have a responsibility, but never fear, there is lots of inspiration out there!  Remember to take your time when choosing a forever name for your pet. Luckily, this guide has done some of the hard work for you, but there are some things you might want to consider when choosing a name.  Remember the Bichon is usually white in color.  The color of a breed can influence your choice of name, and another consideration is the fact that the the Bichon has a uniquely fluffy and curly coat.  You may wish to call your Bichon something like Cloud, Fluffy or Angel to reflect their color and coat.  The Bichon also has a wonderful temperament.  It’s kind, gentle, and really, really, friendly.  You might want to choose a name to reflect this, so something like Sweetie or Cutie might be more appropriate.  The Bichon loves attention and being petted, so even a name like Cuddles or Teddy may suit your lovable companion.  This breed is also said to be very playful and have bursts of energy, which means that a name like Tinker could also be ideal.

He was named foe his size 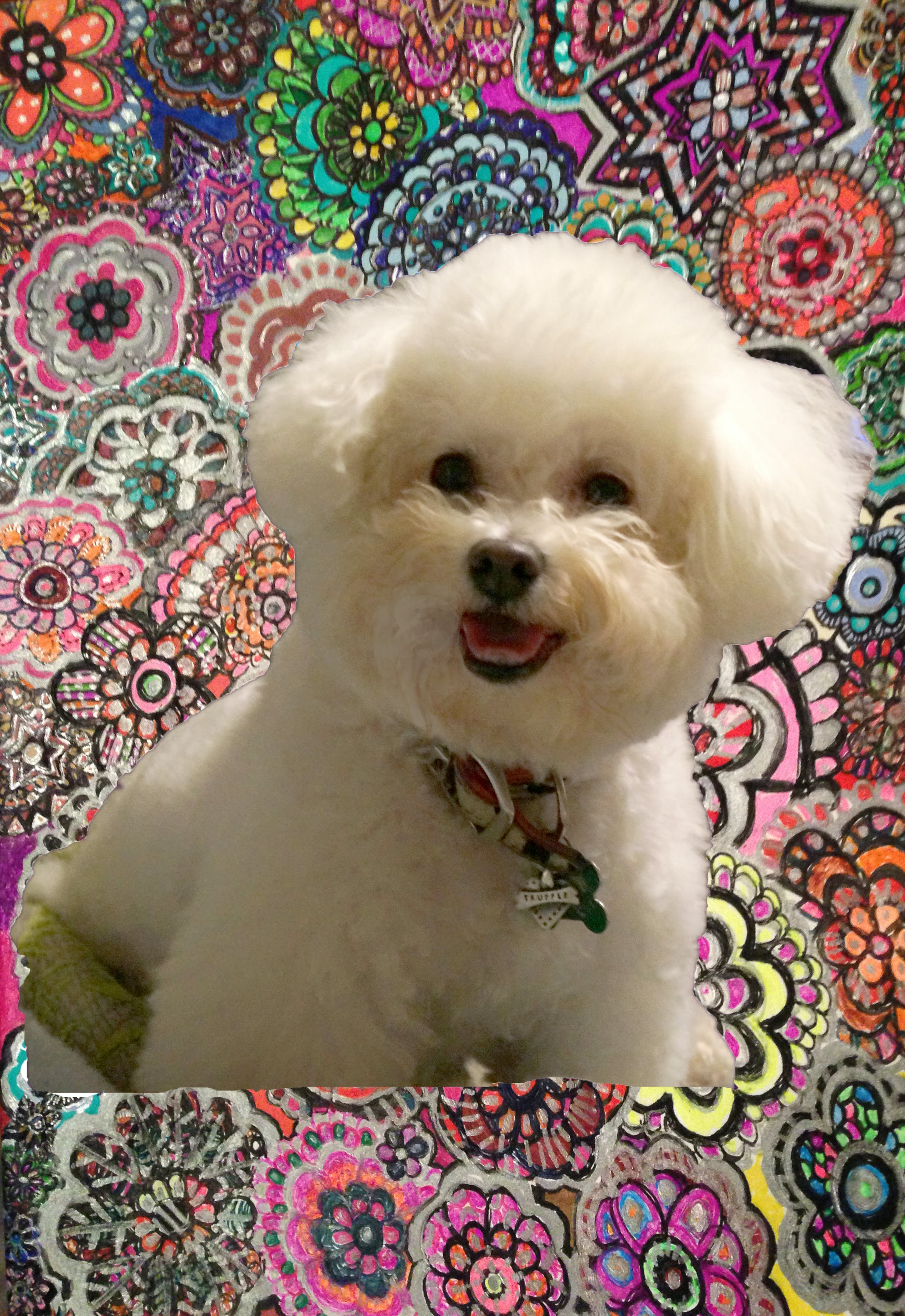 my daughter was in hospital and the bichon was a welcome home gift. he has been such an assest to our family. we all love him

Bilinda (i don’t have a dog, but this is what i would name her)

Well, since I don’t have a dog yet... Bilinda is an unusual name for dog.

We actually didn’t name him a previous owner did but it felt natural because whenever you saw him u just had to say “ozzo Ozzie fuzz ball” cause he was the fluffiest mess you had ever seen but was so incredibly sweet and happy! 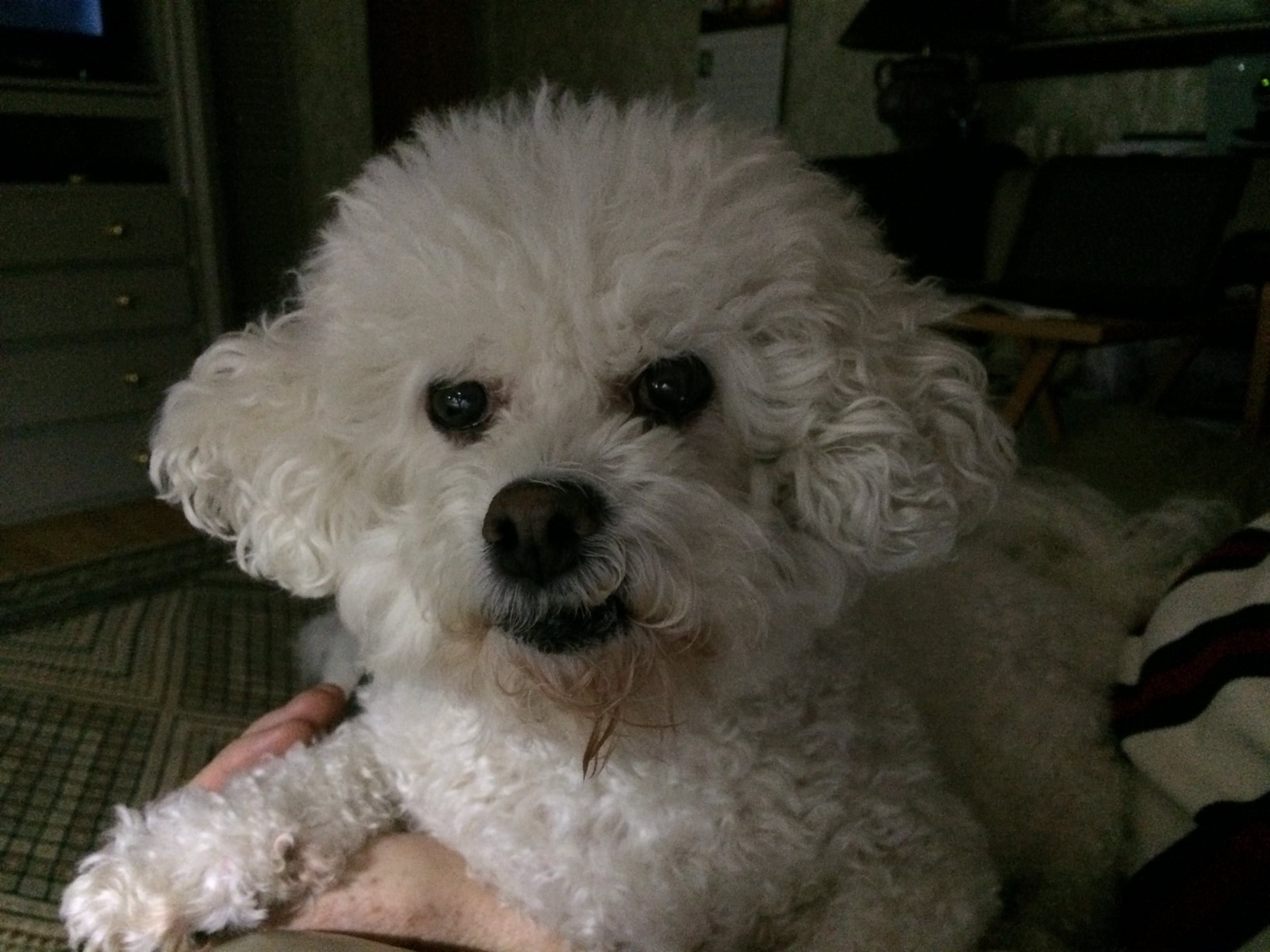 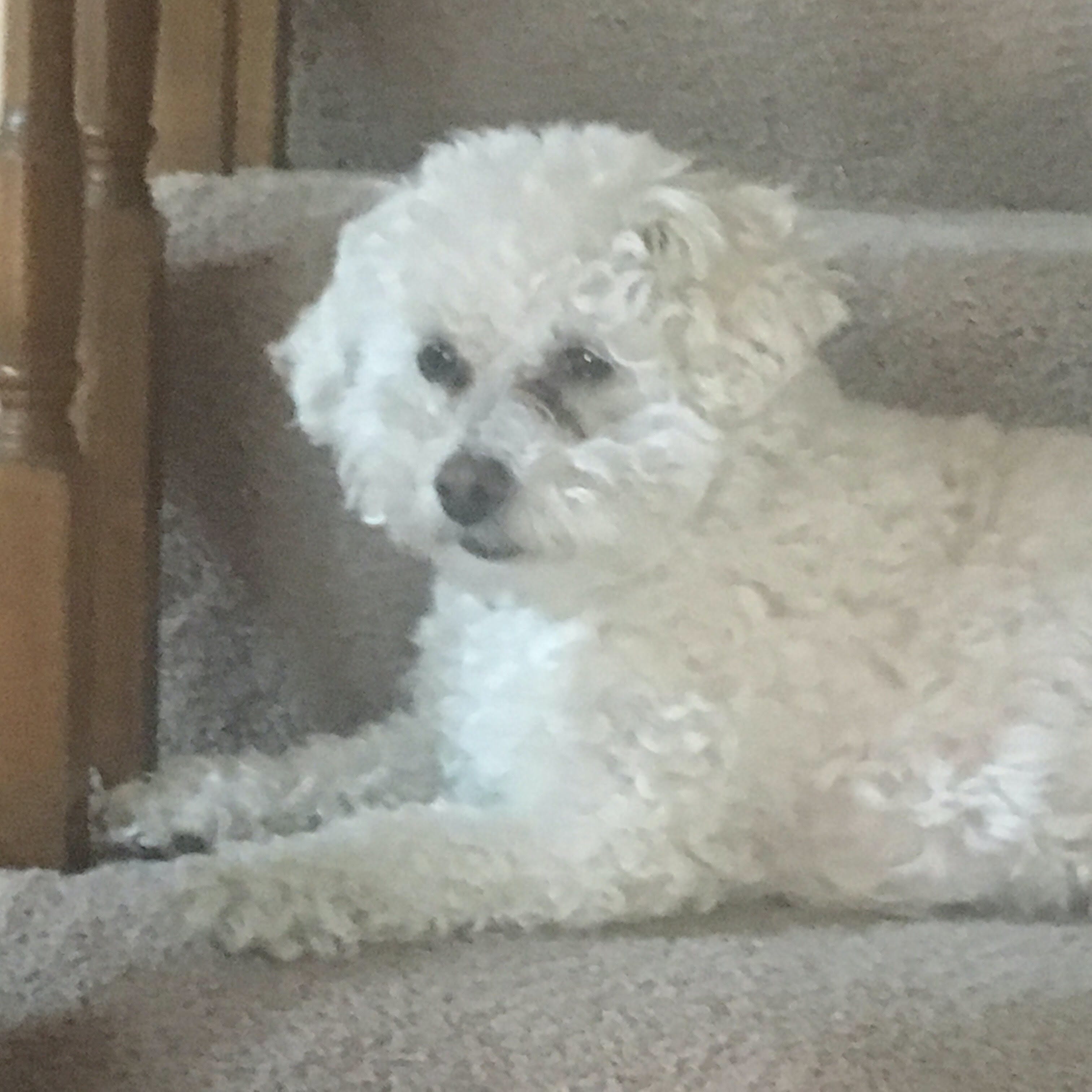 Tinker belle (we call her belle)

Shelter had her named Tinkerbell. Didn't likker so we call her Belle (like Beauty and the Beast Belle). She's a sweet but tough little and brave dog. 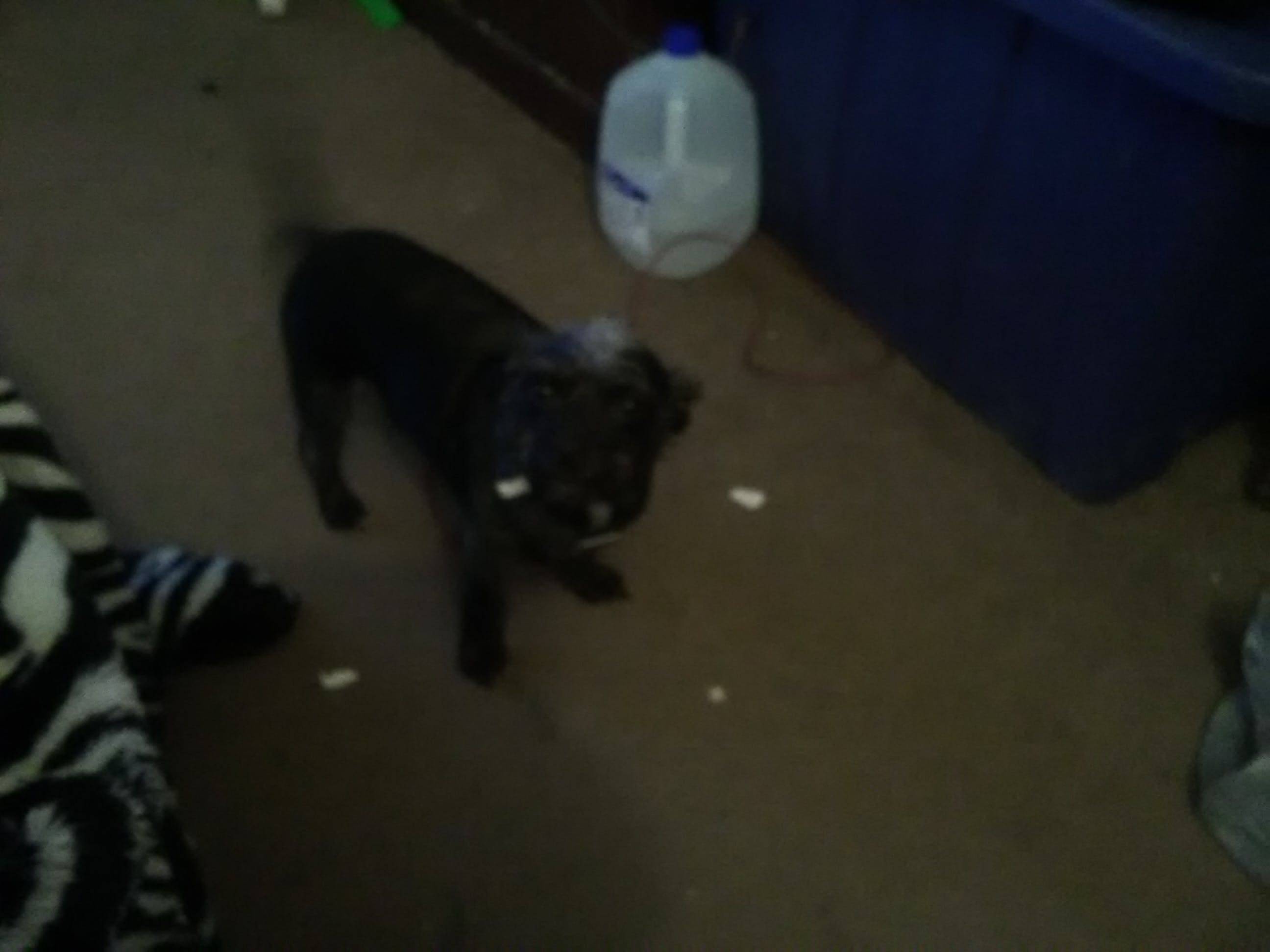 He was pure black with a white strip on his chest as a puppy, he reminded me of the black onyx stone.

Me and my brother had no idea what to call her until we realized that she was the runt, making her look like a pipsqueak. But that was too long and a little hard to say so we shortened it to Pip.

My mom looked at him and said he looks like a Rikki.