If you have a new pooch and haven't chosen a name yet, then this guide might just be what you are looking for.  This name guide will explore the best dog names that end in 'ley'.  Using the 'ley' suffix can make a name sound quite cute and sweet.  Maybe you have other dogs and their names also end in 'ley', so you want to follow the same pattern with your new companion!  Many celebrities have named their pooch with a moniker that ends in 'ley', and if you have narrowed your choice down to a name that has this ending, read on for inspiration!

Featured Famous Dog With a Name Ending in 'ley'
Beasley

In popular culture there are many dog names that end in 'ley'.  Celebrities have also embraced the 'ley' ending when choosing a name, for instance, Hilary Duff’s sister, Hailey, had a Pomeranian named Bentley and a Golden Retriever named Brinkley, stars in the movie You’ve Got Mail.  We can’t forget Dick Dastardly’s dog, the famous animated dog from the Wacky Races, Muttley.

The dog in the spotlight for this guide, is Beasley.  Beasley is an acting dog who plays the role of Hooch, in the 1980's movie, Turner and Hooch.  Hooch is the lovable, yet destructive Dogue de Bordeaux that belongs to Turner’s friend, Amos.  Amos is murdered because of a crime he has been investigating and is about to crack.

Hooch is a messy, beer-drinking pooch that drools a lot, so needless to say, Tom Hank’s character, Scott Turner, has his hands full.  He is affected by the death of his owner and shows this by being off his food and by behaving destructively.  Hooch is very brave and loyal.  He saves Turner’s life, resulting in Hooch being shot.  It’s an emotional race against time to save his life!

The Dogue de Bordeaux breed is known for being courageous, loyal and affectionate.  It is also presently ranked as the 63rd most popular dog breed by American Kennel Club.  This breed is not particularly active; however, they do need to be socialized from an early stage, or destructive behaviors can occur.  When socialized appropriately this breed makes a perfect pet!

If your pooch is brave and loyal, you may want take inspiration from Beasley, the Dogue de Bordeaux.  Beasley only ever took part in this one movie, and sadly, he died in 1992.  If you feel inspired by Beasley, it’s a great way to honor this fantastically cute and heroic Dogue de Bordeaux.

There is also the beloved Labrador Retriever, Marley, from the 2008 movie Marley and Me.  Marley is a cheeky and spirited dog who is very loving and family oriented.  This movie will make you laugh, but also cry; it’s an emotional rollercoaster film.

Choosing a name for our four-legged companions is never easy, but there is plenty of inspiration to help us decide.  Names that end in 'ley' are a great place to start, so make sure you read the guide for more information and motivation!

There are things to consider when thinking about dog names that end in 'ley'.  We could consider size for instance, the larger dogs might be named Burley or Beasley, whereas the smaller dogs could be Harley or Ryley.

There are plenty of cute dog names to consider, Wesley, Ceciley, or maybe Lilley after a delicate and pretty flower.  Maybe your dog is pretty and deserves a pretty name like Joley.  We might also feel inspired by celebrities like Marley, or Bentley.  We are often inspired by the breed or the coat color of our dogs.  If you have an Irish pooch or a dark colored pooch, you might consider the name Dooley, which derives from Irish Gaelic and means dark hero.  Sometimes we are inspired by the texture of a dog’s coat, for example a Bichon Frise has a curly coat, so we could be inspired to name our dog, Curley.

Choose your forever name wisely!  Take your time and note down a few that you like the sound of.  You can then compare the names on your list and pick your best from that.  Choosing the name for your dog can be as daunting as naming a child, so take a deep breath and look at the list below for the top 30 'ley' girl’s names and boys names for inspiration. 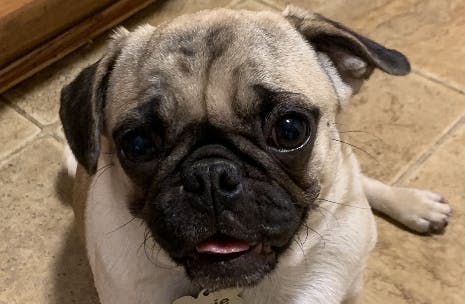