There’s no doubt that the Old English Sheepdog is a beautiful breed of dog.  It’s long, furry coat that falls over its eyes adds to the cuteness - they are too cuddly.  If you have chosen an Old English Sheepdog as your pet pooch, the American Kennel Club states that they are adaptable, gentle and smart, so they will make an excellent companion or family pet.  Just bear in mind, they need plenty of exercise.  This breed has starred in movies, TV shows and an iconic advertisement, so thinking of a suitable, deserving or appropriate name isn’t always simple, especially for a dog as iconic as this one!

Originally used as a herding dog, this breed has proved itself popular over the years.  The Old English Sheepdog was recognized as early as 1888 by the American Kennel Club and is ranked by them as the 75th most popular dog breed in America.  Most iconically, this breed rose to fame as the Dulux dog, as this breed of dog has appeared in the TV advert for Dulux paint for decades, starting first of all, in 1961.  After a 15-year break, the Dulux dog returned in 2013, appearing, as before, with a paint brush in his or her mouth.  Who can resist a pet that does the painting?

This is quite a large breed of dog so when the movie Digby, the Biggest Dog in the World was released in 1973, who better to play the role of the oversized Digby, other than an Old English Sheepdog? Digby is the spotlight name for this guide because even if your sheepdog isn’t actually the biggest dog in the world, dogs of this breed are known to have a big personality.  In the movie, Digby is given to a vet named Bill, but his grandfather doesn’t want an Old English Sheepdog in the house, so Bill gives Digby to his friend who works in the defense lab.  Digby drinks some growth formula in the lab, and ends up becoming gigantic in size.  Numerous events take place; Digby is stolen and sold to a circus, he escapes and is hunted by the military forces.  Thankfully, everything works out in the end!

Celebrity, Paul McCartney had an Old English Sheepdog too, named Martha.  The Beatles, released a song in 1968 named Martha, My Dear and sources suggest that this song, written by McCartney and Lennon, was inspired by his pooch.

With so much fame and popularity, how do we choose the perfect name for such an iconic breed?  The truth is, there is inspiration out there, but we need to narrow it down. This guide has done that for you, to help you choose a suitable name for this adorable canine.

There are lots of celebrity inspired considerations to think about, when naming your old English Sheepdog.  We have Martha from Paul McCartney, Patsy from The Storm in a Teacup, Elwood from the Shaggy Dog movies – or maybe even the name Shaggy would be a perfect name based on the type, length and density of the Old English Sheepdog’s coat.  Color can also be an inspiration, and often this breed is white and gray, although the gray color is sometimes light, and sometimes dark.

This is a large breed of dog that the American Kennel Club has identified as being part of the working group of dogs, so even this could help us determine the right name, or we could consider temperament and personality too – for example Chaos might be a suitable name if your pooch is energetic, busy, or clumsy.  For the sweet dog, Flossy or even Candy might be the perfect name. Yeti is also a popular name, and this can certainly be inspired by color, or simply the legend of the Abominable Snowman – a hairy kind of snow creature.

Now we’ve established several considerations, why not read the lists below for further inspiration?  Don’t forget to jot down the ones you like so you can review them later.  Have a play about with the names, for example you could take the name King, and add a further word, like King Monty for instance.  The difficult choice of choosing a forever name is up to you! 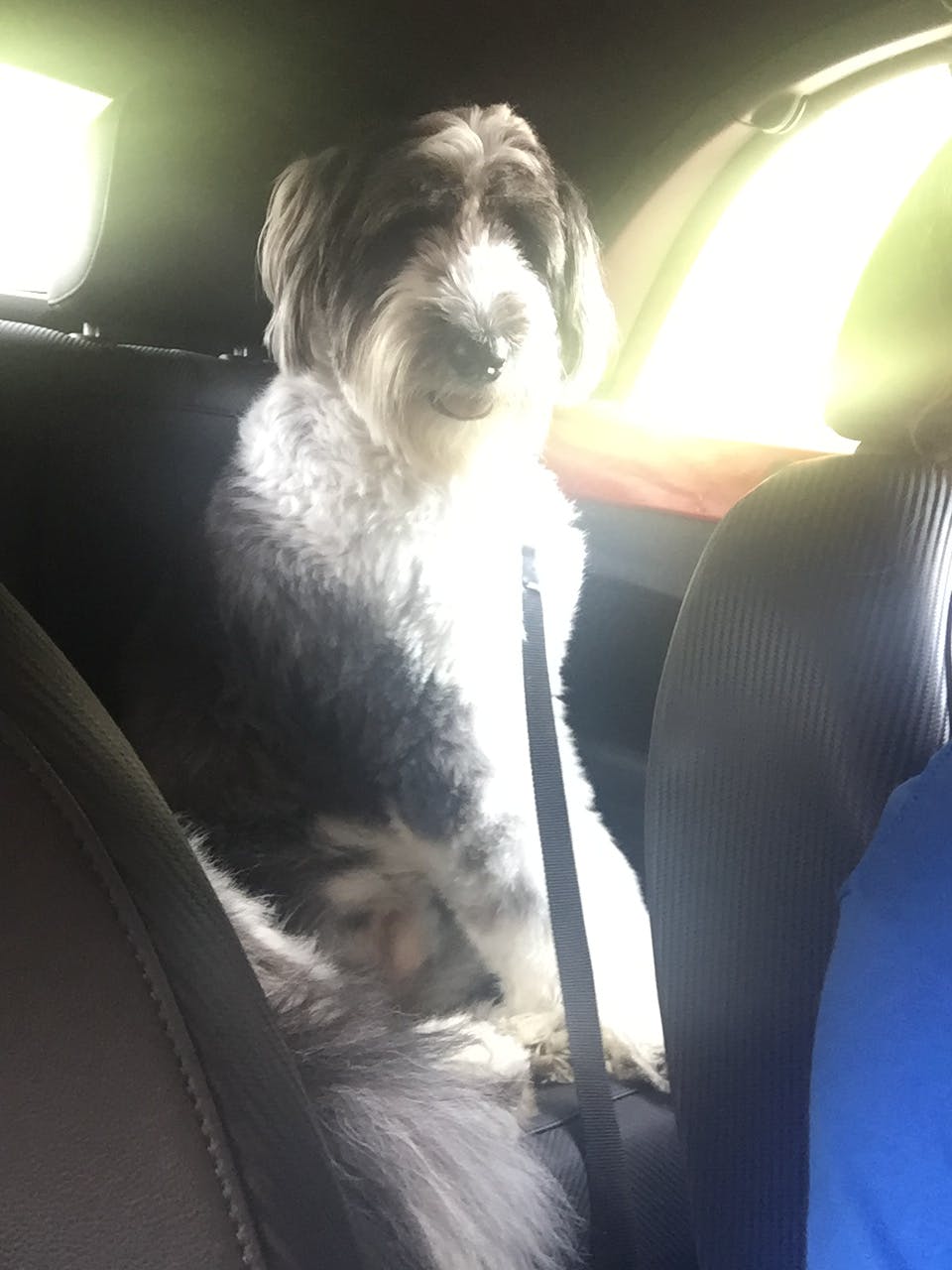 First look and I knew she was a Daisy