The Saint Bernard is a large breed of dog originally bred to withstand the coldness of the Alps.  They are renowned for their love of children and are even referred to as the ‘Nanny dog’.  These lovable creatures will certainly make a great family pet for you to adore.  If you are lucky to enough to have a Saint Bernard, you want to give this adorable softy a deserving name.  Maybe you want a strong name to match your pooch's strength, or a name like Cuddles to match his temperament. This guide is perfect to help you choose that perfect name for your Saint-like Saint Bernard.

The Saint Bernard is an intelligent breed of dog that gets its name from a hospice at the Great St. Bernard Pass in Swirzerland.  Initially a working dog, this breed was used to rescue people who braved the pass and became stranded.  They were raised by Monks and were famous because the pups were not trained a lot by the Monks, instead they mirrored the behavior of the older dogs.

There is no way that the Saint Bernard could be discussed without mentioning the iconic Beethoven movies.  The first comedy movie was released in 1992, and the next decade saw Beethoven’s 5th come out in 2003.  Five years later saw the release of Beethoven’s Big Break in 2008.  The first movie, in particular, is comical in its depiction of the Saint Bernard pup who is particularly mischievous.  The Newton’s gain this pet by accident.  The Saint Bernard pups are stolen from a pet shop, but Beethoven escapes and sneaks into the Newton’s house.  It’s at this moment that the fun begins!

Their father doesn’t want the responsibility of raising a puppy, but the Newton children love their new addition and name him Beethoven, after Ludwig Van Beethoven, who was an 18th century composer.  This is because the new puppy responds well to the sound of his music. When Emily plays part of the composer's 5th Symphony, he barks along.

The Saint Bernard breed is known for its good nature and the level of care it shows towards children.  They are friendly and placid, so when the vet in the Beethoven movie puts fake blood on his arm and says Beethoven bit him, anyone who knows the breed would be aware that this is completely out of character for the Saint Bernard.  All is well at the end of the movie when Beethoven is saved from being shot by the corrupt vet who is in cahoots with the puppy thieves.  Of course, the father, George Newton, comes to love his beloved pooch – but who wouldn’t?

There are many different things to consider when choosing the right name for your new addition.  It’s important that such a special dog like a Saint Bernard is given a meaningful name that they suit and deserve.  You might want to consider color when naming your Saint Bernard, as they are available in a variety of colors.  Usually the Saint Bernard white along with patches of other colors, including brown, red, brindle, orange and rust.   A color inspired name could be something like Rusty, or Ginger, or even the name Red would be suitable.  Names based on temperament could include Teddy and Cuddles.  If you have a mischievous pup, you could call him Rascal, or what about Beethoven, if you are inspired by the movie.  Size is another factor that can influence a name.  Giant, Colossus, and Titan are all great names based on size, too.  Take a look at the lists provided below and write down a few that you like, and see if they suit your treasured companion.  You should also have a discussion with the rest of the family, as sometimes others can motivate more inspiration, for instance try doubling the names up if you want something unusual, like Teddy Cuddles for instance. You can certainly mix it up!  Take your time when choosing, and why not have a vote if you can’t all agree? 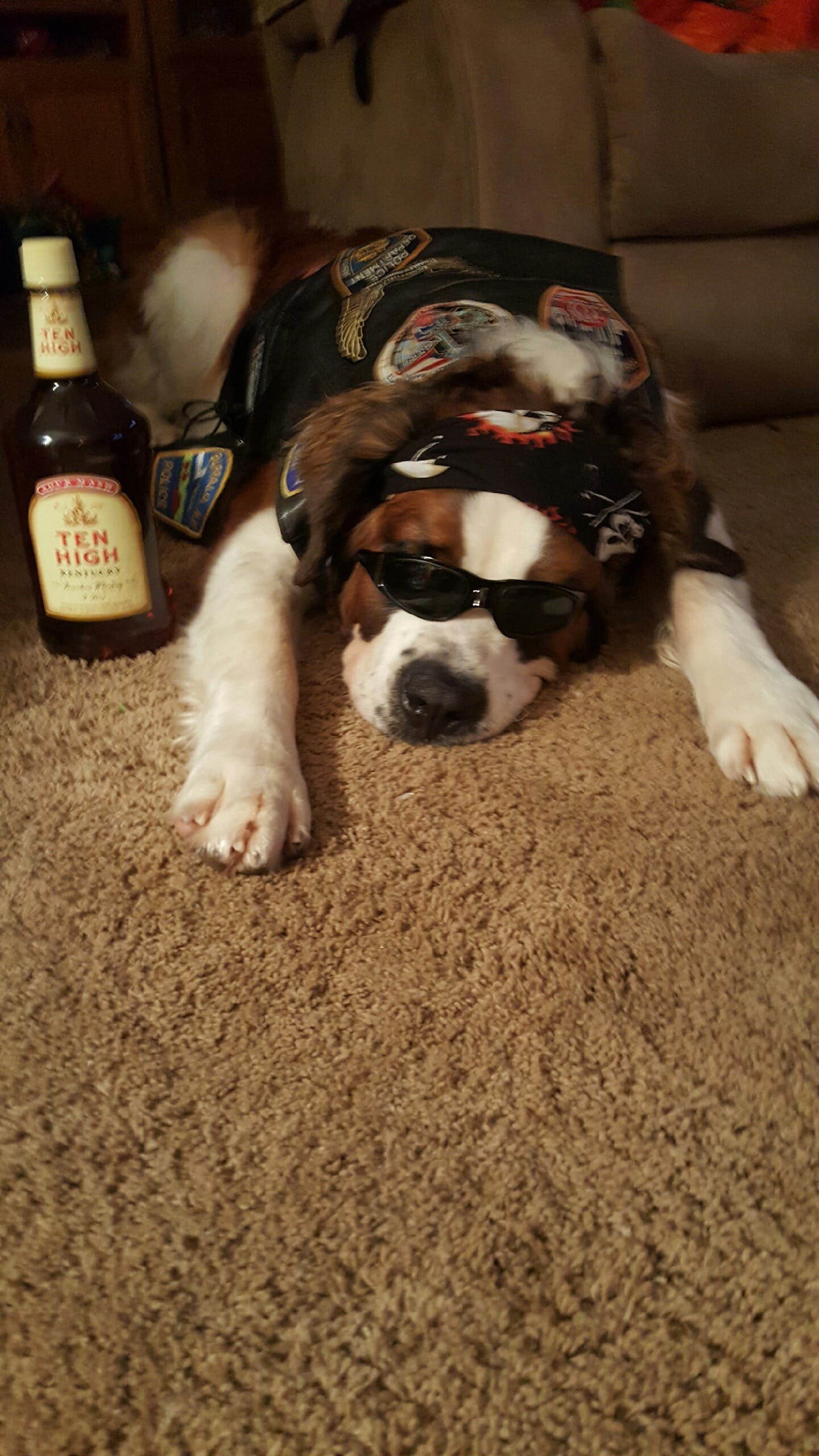 I was looking at dogs names and writing them down until i got bored. I went to watch youtube and there was a st bernard video on there and he was called tiger. So i decided tiger!