The Tibetan Terrier is often referred to as being ‘The Holy dog of Tibet’.  They are a medium-sized pooch, with a long wavy coat. They were originally used in ancient times as a watchdog in Buddhist monasteries, and today, they still make great watchdogs and companions.  If you are lucky enough to be getting a Tibetan Terrier pup you need to choose a name, and there is plenty of inspiration here to help you decide on that all-important moniker.  This guide discusses a range of names to think about when naming your new addition; consider what you know of your dog's personality so far, and read on for more ideas based on the Tibetan heritage.

The Tibetan Terrier is part of the non-sporting group of dogs category. Although it’s called a Terrier, it isn’t a sporting dog and was named a ‘terrier’ because of its size. The Tibetan Terrier was used as a herding dog by Nomadic herdsmen, to keep their flocks on high plains. This breed is a great watchdog and companion but is also a great therapy dog.  Although it is an ancient breed of dog with ancestry links to the Lhasa Apso and Shih Tzu, it wasn’t registered with the American Kennel Club until 1973.

In popular culture, actress Lesley Nicol owns a Tibetan Terrier named Bertie.  Lesley is best known for her appearance in British period drama series, Downton Abbey, in which she played the role of Mrs Patmore, the Head Cook. Lesley comments on both of her pooches and how distinct their personalities are.  She says that “Bertie is a show-off, dramatic and entertaining, while Freddie is shy, joyful and loving.” In fact, she states Bertie is her “Handsome Drama Queen.”

Bertie lives with Lesley, Lesley’s husband, and Freddie in Chiswick, West London. Lesley has commented previously in an interview that her beloved pooches really give her and her husband a sense of family because they rely on them for everything.  Bertie’s canine brother, Freddie, is a Poodle. This is a great demonstration of how the Tibetan Terrier gets along with other dogs and breeds, providing it’s socialized from an early age (like most pooches).  Nicol got Bertie from a Tibetan Terrier breeder in Cambridgeshire.

Bertie loves to visit the beach and is a very loving and loyal dog, as is Freddie.  Lesley comments that if the two canines argue over a bone, Freddie is more likely to win. Freddie is a rescue dog, and Lesley puts his resilience down to his traumatic past. Lesley loves her dogs so much that she often bakes them homemade dog biscuits.

Tibetan Terriers can also make excellent show dogs, and although it takes this breed a while to mature, they are highly intelligent pups with moderate to high energy levels. In 2016, a Tibetan Terrier named Clue was the non-sporting breed winner at the National Dog Show in New York City.

Origin is also something that can inspire your choice of name.  As the Tibetan Terrier originates from Tibet you may choose to name your ‘Holy dog of Tibet’ a traditional name like Dolkar, for the Buddhist goddess. Another suggestion is Kunchen, a Tibetan name that means all-knowing.

Choosing a name for your new addition can be just as daunting as naming a child.  It’s a huge responsibility and it’s something that you want to get right, as you are choosing a forever name.  Why not make a list of the names you like from the Tibetan Terrier name suggestions below?  You can then go back to your list later and have another look at your favorite choices. 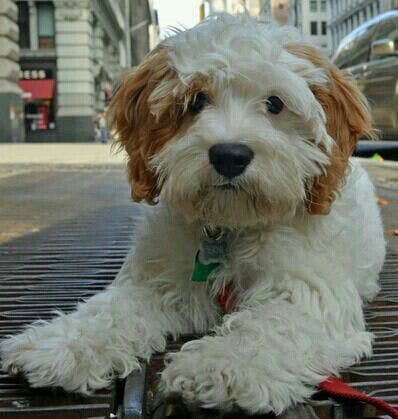 So with muffin we wanted to name him rex but thats just not something we wanted to call a dog everyday. My sister said we should name him muffin because it was my dog and my favorite food is muffins :3. So we went with muffiin.