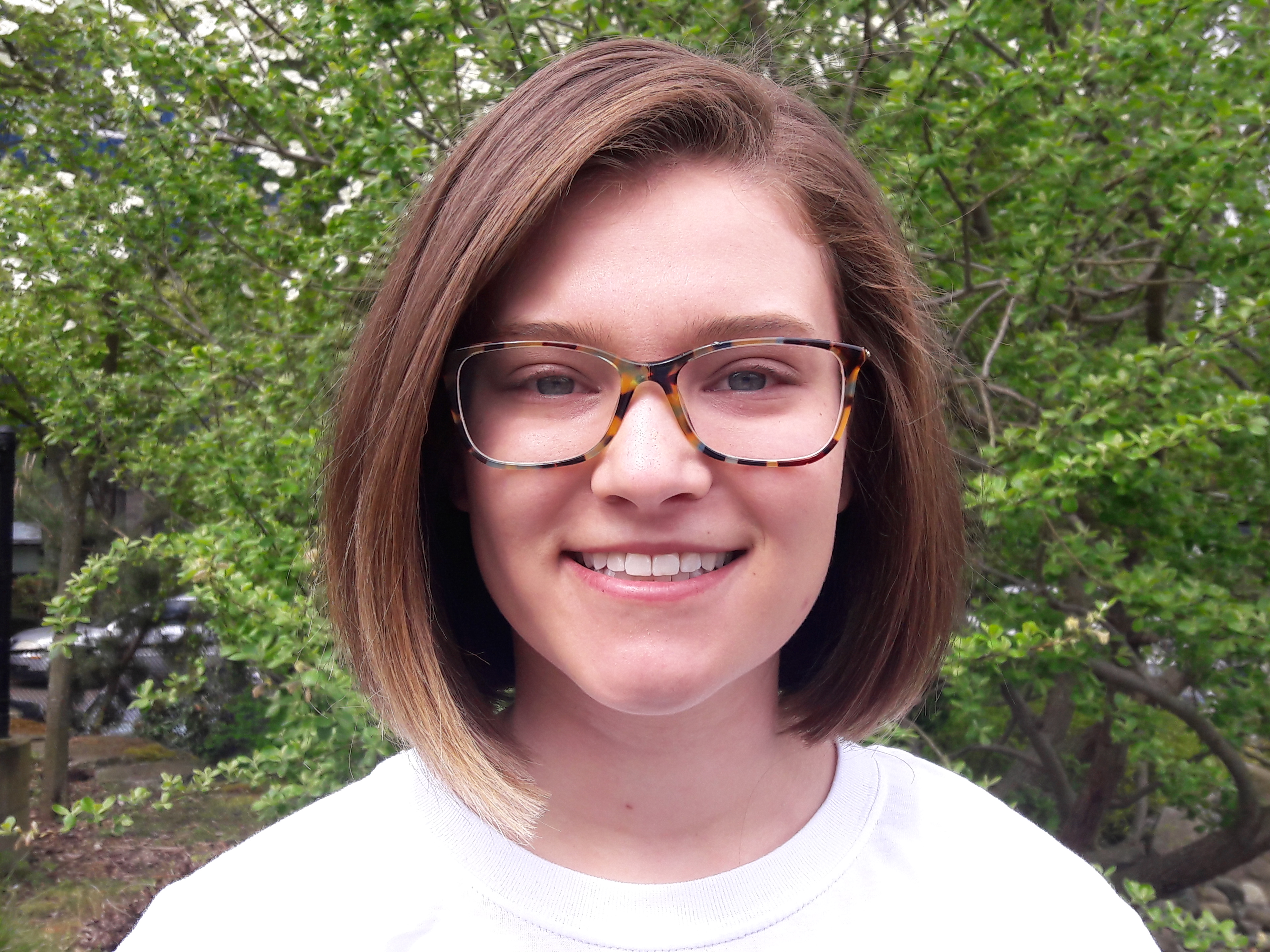 My name is Kayla and I have always been an animal lover. My background with dogs is rooted in my expierence growing up with dogs. Taking care of my dogs was my responsibility in the house and allowed my love for dogs to grow.

Hi. My name is Justine and I am a mom, a Girl Scout leader, a community volunteer as well as both a dog and cat lover and owner. I pride myself on helping others and being available when I am needed. I’d love to meet and walk your dog(s) in this beautiful area that we live in.

Hello, my name is Irma and my goal is to provide the best experience possible! I am an active individual who enjoys outdoor activities, including hiking and playing fetch, so there will be plenty of playtime between me and any four-legged clients. I have experience working as a Dog Bather, and excel at interacting with dogs of all sizes and breeds. Furthermore, my understanding of dog mannerisms help me determine any problems that may arise on a walk. Thank you for considering my qualifications!

Hi, I’m Hannah! I’ve been walking dogs with Wag! for a few years now so I am comfortable walking dogs of all breeds and sizes. Each dog has a unique personality and quirks, but they all have one thing in common, a need and love for exercise outdoors. I’m here to keep your dog healthy and happy! I will treat your pup with the appropriate care for his or her needs to ensure that your Wag! experience is a positive one!

Hi, I’m Jamie! I am currently a graduate student and I have always had a deep love for animals, particularly dogs. I grew up helping to care for my aunt and uncle’s two German Shepherds and rescued a dog of my own named Lily. Lily is a 4-year-old Pit Bull Mix and is the love of my life and my best friend. I make sure to treat every dog in the way I would want Lily to be treated and as if they were my own. I have experience walking and sitting dogs of all ages and breeds and I make sure to tailor each walk to meet their unique individual needs. I will do everything I can to make sure you have the best possible experience and that your dog is happy, healthy, and treated with the respect and love they deserve. I look forward to meeting you and your dog!

“Dogs are a humans best friend”

Hello this Avela, I have plenty of experience walking Dogs of all different breads, sizes, ages and would be more than happy to walk your dogs for you.

I’m just a dog lover/pug mom dedicated to helping pups get out and see the world even when their parents can’t take them out themselves. The safety and comfort of your fur baby is my main focus right next to making sure they have a great time! I can’t wait to pet your dog! 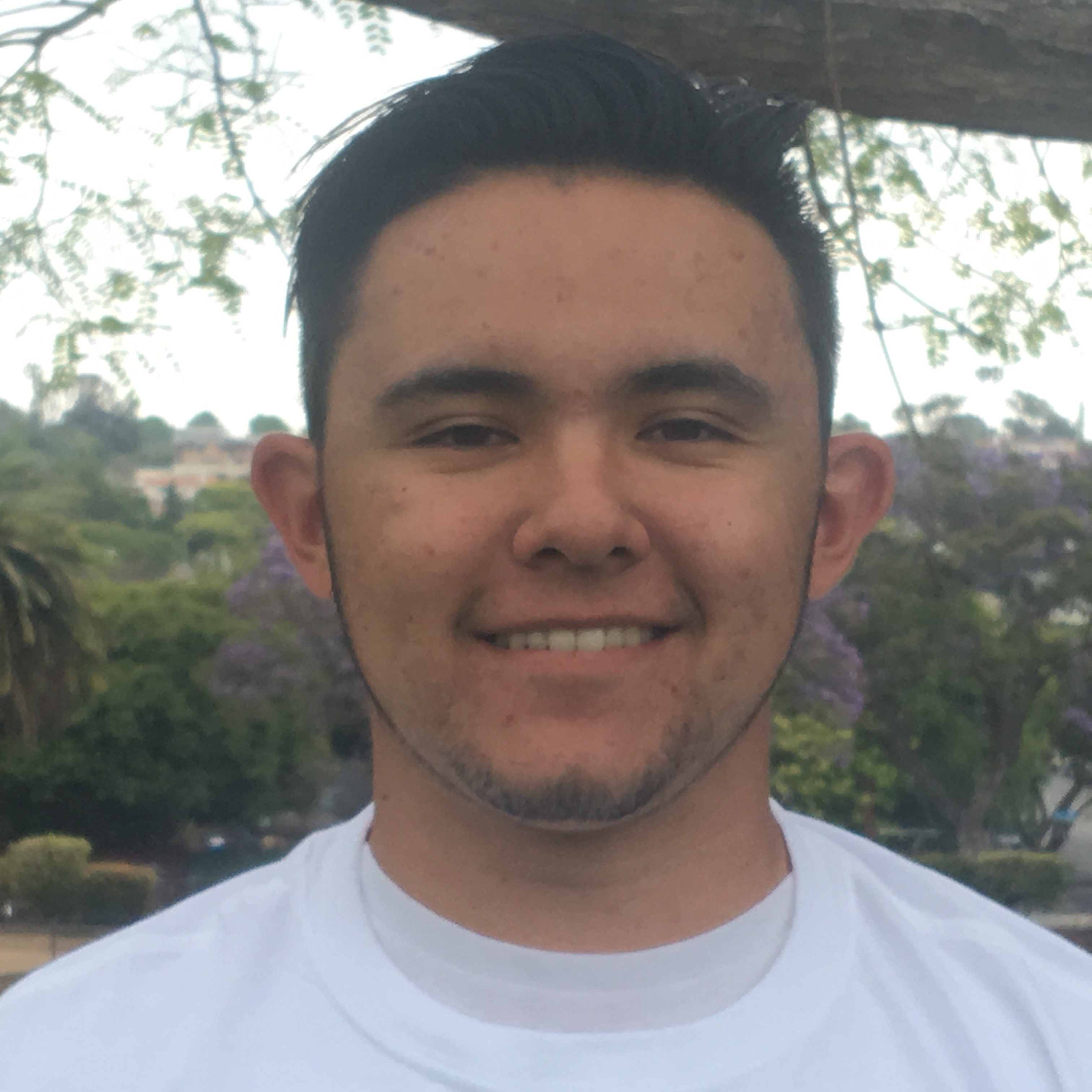 Hi! My name is Hunter! I am currently studying film at the University of the Pacific up in Stockton, California. I was raised around dogs since I was born and have always had a passion in caring for them. I had a boxer named Lucy and eventually two more boxers named Stryk'r and Dewey. These dogs were rescued and my family and I were happy to take these dogs in. They were also somewhat aggressive towards other dogs and people they knew were strangers and I feel this was a great learning experience for me to understand how to handle these strong and dominant dogs.I now live in the San Fernando Valley in the greater Los Angeles area and I live with another 1-year-old boxer named Kota. She is one of the nicest dogs I have ever met and has a livelihood I have never seen in a dog! She loves to run and play with as many of her other dog-friends at the park as she can! I am excited to meet you and your dog(s) and I can't wait to help you with your dog walking needs!

Hello there! My names Genna and I would LOVE to walk your dog! I moved to Ventura for my BA in Psychology at Channel Islands in 2019. I work at a gym at night, but if I’m not at work, I can be walking your sweet loved one! I have over 15 years experience of dog walking and pet care.

Hi! My name is Ashley and I am huge animal lover. I love running and being outdoors. I am experienced with all types of breeds and even dogs with special needs. I can run and/or walk your fur babies and if you’re away I can watch them and give them all the love and attention they need. Can’t wait to meet you and your fur babies!

Ventura, which is officially recognized or referred to as the "City of San Buenaventura" (which is a Spanish mission founded in 1782) is the county seat of Ventura County, California. It was named after the Italian St. Bonaventure, where it got the nickname “city of good fortune.” It was also called Shisholop which meant “in the mud” by the city’s original inhabitants, native Chumash people. The city is located northwest of Los Angeles on the California coast.

Camino Real is 38 acres of sports lover’s paradise with their tons of sports fields and courts and is also a pleasant park with playgrounds. This park has a fenced in area in the southwest corner for dogs and their owners to socialize and exercise. The amenities for Fido are amazing, including convenient close to the ground drinking fountains, benches, and doggie-doo bags. At winter, thousands of monarch butterflies gather and flutter around in the sun by the eucalyptus trees locate in the park.

Surfer’s Point might as well be called Dog’s Point due to numerous water-loving dogs that meet in the area. It is a popular spot for surfing, windsurfing, and has showers, picnic facilities, and restrooms. You might bump into Haole, a local surfing celebrity, swerving his paws on his board. Surf’s up Dawg! From midtown to downtown, parks to beaches, restaurants to hotels, there’s so much that can be explored with your entire family with canine members. Come, take a seat, and stay for a while in Ventura!

The College Area of Ventura, CA is ripe with culture, arts, education, and recreation. In addition to Ventura College, the family-friendly area has a high school and technical school. And it’s home to Arroyo Verde Park, which sits on the northern end of the neighborhood. This 132-acre park has tons of room for you and your leashed pooch to enjoy, with several hiking trails, picnic areas, and grassy pastures. You and your pup are sure to love this beautiful outdoor location that sits in the foothills of Ventura. Before 9 a.m., your dog is even welcome to explore off his leash, so make the most of the dog-friendliest hours!

Midtown Ventura is one of the most popular places to live in the city. With bustling neighborhoods, hospitals, restaurants, book stores, and fun shops, you can easily spend a day here finding new things to enjoy. Walk with your pup through the shopping area for some window shopping and head over to Topper’s Pizza, a pawsome pizza place with dog-friendly outdoor seating. You can also take a trip to Camino Real Park, a 38-acre area for sports, group events, and fun. The park has a fenced-in area for off-the-leash fun, complete with clean-up bags and double gate entry for extra safety.

The Downtown area of Ventura sits conveniently between some of Ventura’s best residential areas, large freeways, and its gorgeous beaches. The historic area will be a blast to explore with your furry pal, from artsy exhibits to music events. Or, take a stroll through the district and enjoy the views of historic buildings that give you a peek into vintage California. If your dog is a water lover, you have to check out Ventura’s beaches, only moments away from the heart of Downtown. Surfer’s Point Beach is the perfect spot to enjoy some peace and quiet with your pal. Then, you can visit one of several dog-friendly restaurants in the area, like Rice by Mama, a Thai restaurant with outdoor seating.

Hollywood by the Sea

Hollywood by the Sea

Oxnard is about nine miles southeast of Ventura’s Midtown. The city is known for its gorgeous beaches that don’t get as crowded by tourists as other large beach towns in California. The Hollywood By the Sea neighborhood is right on the gorgeous coast of Oxnard, where you and Fido are perfectly welcome to visit Hollywood Beach. This beach welcomes dogs on their leash until 9 a.m. and after 5 p.m.  If you’re spending the day in this blissful beach area, head over to Sea Fresh Channel Islands, a seafood-loving restaurant with a dog-friendly patio that overlooks Channel Islands Harbor. Bone appetit!

Fifteen miles west of Ventura is Camarillo, California. The Factory Outlets area is sure to have your pooch begging to come back. You can enjoy a walk in the “bark” at Springville Dog Park, a huge, grassy area with plenty of space for large dogs to run, and smaller area for small breeds to stay safe. Also in the area is a PETCO store, where dogs are welcome to beg their owners for new toys and tasty treats! You can even get a bite to eat with your furry friend at D’Amore’s Pizza, at one of its outdoor tables. The dog-friendly restaurant will even give your pooch his own water bowl!