I love dogs and have been around them since I was a kid. I got my first dog, a black Labrador named Kodak, when I was eight years old. I still remember how he used to follow me around the house day and night. I work from home as a technical writer, and walking dogs lets me interact with the animals I love while also getting me away from the computer for a few hours each day. 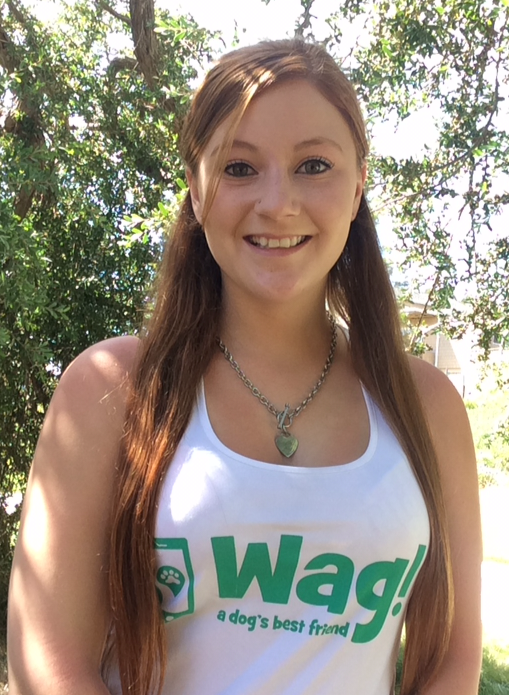 I absolutely love walking dogs, they are the highlight of my day! I'm currently working on an animal behavior degree and have veterinary medicine experience so your pup is in great hands. Anything I can do to help, please don’t hesitate to ask. I’m here to make your life easier!

I love dogs more than people. They are selfless, innocent fur babies whose only objective is to please. We, as humans, should reciprocate that love by giving them what little they need and everything they deserve! I think i can give the dog whisperer a run for his money bc even the meanest of dogs have shown me their sweetest sides. I never blame a dog for being aggression; more so, their upbringing. Like human children, dogs become a product of their culture, what they're exposed to. I'm here to show i love them, i understand them, and i'm on their side.

“Furry paws are the best!”

Your dog is my dog. All dogs deserve to be loved. This became even clearer as a volunteer at a no kill shelter in NC. I had the privilege working with dogs and cats. I grew up with dogs and now while I don't own a dog anymore I get to own many dogs. Walking dogs and dog sitting has greatly increased the size of my family. Will your dog be a part of my family?

My name is Dan. I'm an animal lover from the Pacific Northwest now living in Denver. While growing up, my family always had dogs, usually of the black lab variety. I'm an extremely active 27 year old, and will be sure to show your pooch an awesome time!

Hello, my name is Emily and I would love to walk your dog. I worked at an animal shelter for a few years before moving to Colorado, and that allowed for me to work with a variety of dogs. I look forward to meeting your dog!

I'm a stay-at-home mom to 2 kids and Duke, our 7-year-old Black Lab mix rescue dog, who we all spoil. After standing in for my daughter on a dog walking job for a neighbor, I realized that this is something I want to do more of myself! Besides taking care of Duke, I dog sit for a friend when she travels, have participated in the Denver Dumb Friends League Wag 'N Trail fundraising walk, and help my daughter with her own dog walking jobs. I've always owned a dog and can't imagine life without one!

Hi! My name is Gabrielle, I’m 31 years old and the ultimate dog lover! My goal is to provide the most fun & loving experience for all the doggies :) I’m also a Registered Nurse when I’m not snuggling up on dogs, so because of the flexible schedule, I am available for all your dog caring needs! I have a black lab mix named Izzie who is my world, so I know how important it is to have your baby cared for while you’re away. I would be honored to care for your loved one as if he/she were my very own!

Hello, my name is Michelle. I am a dog lover. I have been a professional dog walker for the past 3 years here in Denver. I am originally from Indiana and have owned and cared for dogs and many other pets also in my lifetime. I love to be outdoors and active. I have walked many different breeds and love them all and the different personalities that they have. I love to walk and care for others dogs as if they are my own.

Dogs are my life! Big, small, and anywhere in between. I got my first dog over 14 years ago and have been loving dogs ever since! I’ve committed my career to puppy love as of two years ago and love every minute of it!

Littleton was named a city in Colorado in 1862 by Richard Sullivan Little, who was an engineer hired to help construct ditches for farms in the area. According to the AMVA U.S. Pet Ownership Statistics, there are 12,176 households in Littleton, Colorado with pets. Out of the 44,275 people who live in Littleton, there are 22,716 companion animals, which means that the population in Littleton is expanded by 51%, entirely of pets!

The City of Littleton has over 1,477 acres of parks and open space and three parks that are specifically for the recreation of dogs. Chatfield State Park Off-Leash Dog Area on North Roxborough Park Road has 70 acres with several trails and ponds. David A. Lorenz Regional Dog Park on South Colorado Boulevard is a great fenced park with a water spigot and picnic tables. Wynetka Ponds Dog Park on South Lowell Boulevard has two separate sides for large and small dogs and a double gate to enjoy with your fur babies.

There are many things to do while you are in Littleton. The Littleton Museum is one of the “must-go” places in the city with authentic old buildings, farm animals, and a blacksmith demonstration. Roxborough State Park has beautiful red rocks, animals roaming around, hiking trails, and other activities. There are also botanical gardens, tons of restaurants, theaters, and art galleries. Planning on getting a bite to eat? Check out The Pint Room, which has a great dog-friendly patio and an unrivaled selection of great beer.