I am currently going to school to become a veterinary technician. I have had a lot of experience with dogs! My parents own a professional dog training company. I was raised with a lot of dogs and currently own 2! I also worked at a doggy daycare/boarding/grooming facility for 3 years and couldn’t imagine not working with dogs!

“I am attentive to your dogs every need!”

Hello my name is Mark and I am excited to meet you and your furry pal! I absolutely love animals and I have been working with them my whole life. Animals provide me with incredible inspiration and I especially love interacting with dogs! I am very active and exercise everyday. Wag is a wonderful opportunity to combine my active lifestyle and my passion for animals! I'm very trustworthy and reliable. I look forward to giving you and your canine companion the most pleasant experience possible!

My name is Kortney and I have been around dogs my entire life. I currently have a 1.5 year old male chocolate lab that loves to go on walks. I have experience with walking pets as well as sitting and boarding. I look forward to walking your dog today.

Hello, I left Corporate America to be able to do this kind of work. This is so enjoyable to me and I take it very seriously as I know how much my pets mean to me and I will assure you that I will go above and beyond to give your pets the best care possible thanks for letting me help you with your precious family members

“Be the person your dog believes you are.”

My name is Robert, aka Matt. I'm a 42 year old man who believes there is no truer love than the love a dog give their parent. I have owned various breeds of dog throughout my life and love them all. I also enjoy taking my own dog Willard, a 1 year old boxer, for long walks as often as I can. You can often find him and I strolling around lake Zorisky or one of the other lake trails in the Omaha area.

Hi! I am a proud Boxer Mom. I've cared for different puppies and dogs over the years, walking, sitting, boarding and more. Please allow me to provide peace of mind and spend some time with your loved one!

I'm an energetic, pet giving, dog lover. I've taken care of dogs all of my life, and I will treat your dog like they were my own. I'm able to handle multiple dogs at once, and I'll provide detailed updates on any changes in your dogs behavior. 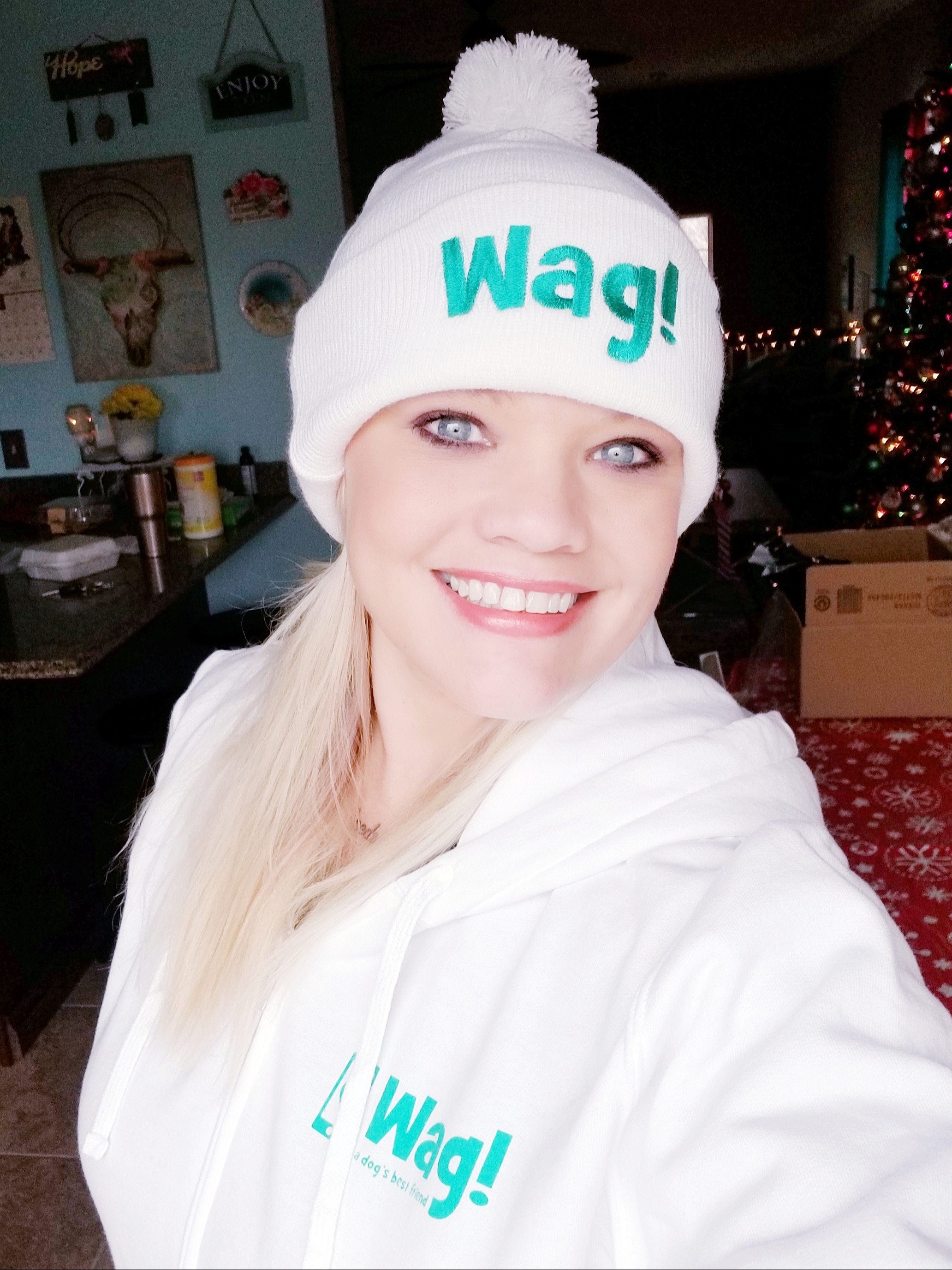 I have been around all breeds most of my life. I enjoy all breeds tiny to extra large.

Hello! My name is Elizabeth-Ann, but most people call me Beth! I have a wide variety of experience with all types of dogs! From Chihuahuas to Great Danes, I've fitted harnesses and helped owners pick out the right leash for their best friend! I also have small animal and reptile experience! I can't wait to meet you or your best friend!

Hi, my name is Kim. I have dog walked and dog sat for over 20 years. I have experience with dogs from St. Bennards to maltese. I love being outside and I am avid runner, so on my non run days I still like to keep in shape. I would love to meet your dog and give them some great exercise.

Since its founding in 1854, Omaha has grown into a city that draws in new residents and visitors alike. There are five Fortune 1000 headquarters based in Omaha, and the city’s Henry Doorly Zoo brings in hundreds of thousands of visitors annually, and is known as one of the most popular attractions in all of Nebraska, seeing over 25 million guests in the last four decades alone.

Omaha’s park system was ranked 12th in the nation on a 2014 list. The city’s oldest remaining park was established in 1872, and the largest single park covers more than 1,400 acres of land. The Lewis & Clark Landing is a park that sits just north of downtown and features open spaces, paved walkways, and historic exhibits based on the 1804 expedition. If you are looking for a nice place to walk your dog, take in the sights at this park or explore the trails that connect it to Miller’s Landing and the Heartland of America Park.

Canine park visitors will definitely want to stop by Hefflinger or Hanscom Dog Parks. These parks were created by the Omaha Dog Park Advocates in cooperation with the city, and they have everything a dog needs to have some fun in the sun. With two fenced-in areas for large dogs and one for smaller dogs, these parks ensure that all pups can play safely and happily. 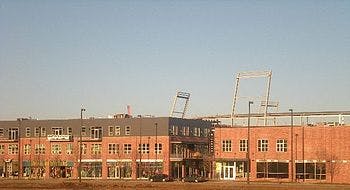 Downtown Northeast has some pretty interesting pieces of history attached to it. The Lewis and Clark National Historic Trail allows people to walk in the footsteps of the famous explorers, and it makes for a great place to hike with your dog! There are beautiful sights to see as you and your furry friend trek through the many hills and rivers that this path goes through. If you stay on it long enough, you'll cross over state lines into Iowa for an interstate adventure with your hound. Remember to bring along some water for both you and Rover, as this trail heads out of the city and into the wilderness! 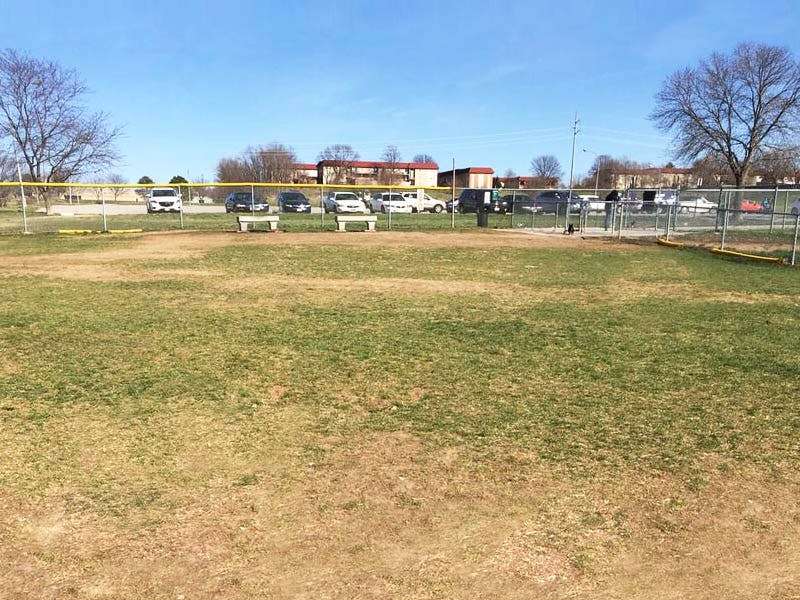 Have a day on the town with man's best friend in Eagle Run! You can start at Hefflinger Dog Park, a totally pawesome dog run made out of what used to be baseball​ fields. This off-leash area features a section for small dogs, some smaller trees, and ample seating for human visitors. The spacious park has a tendency to get muddy, so you might want to bring a towel along for and after play clean up. Poop bags and waste bins are provided on site, and there is a water fountain--however, it is not always turned on, so it's a good idea to plan accordingly. After fun in the sun, you and your pup are welcome to enjoy Old Chicago Pizza and Taproom, an eatery that boasts over 100 beers, good eats, and a dog-friendly patio! 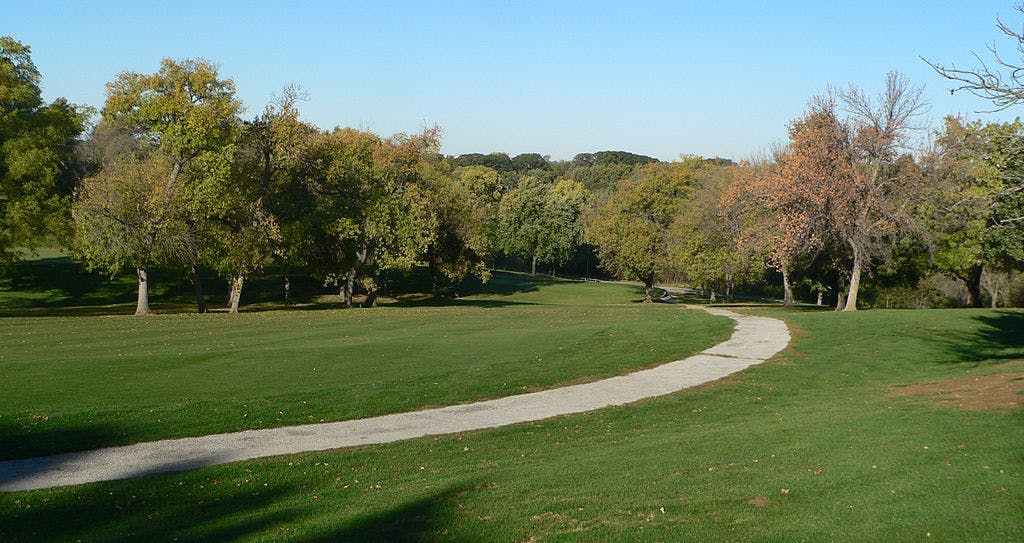 There are lots of lush, green spots worth checking out with your four-legged friend in Elmwood Park. The area itself is named after the large park located in the center of the neighborhood. You and your pooch can go for a walk on any of the paved trails that run through the grounds. There are also shelters and picnic areas if you're feeling more like taking it easy. Memorial Park is not far away, and offers a great area for on-leash outings. Take your pooch through the manicured gardens or walk past the large monuments that this park commemorates. 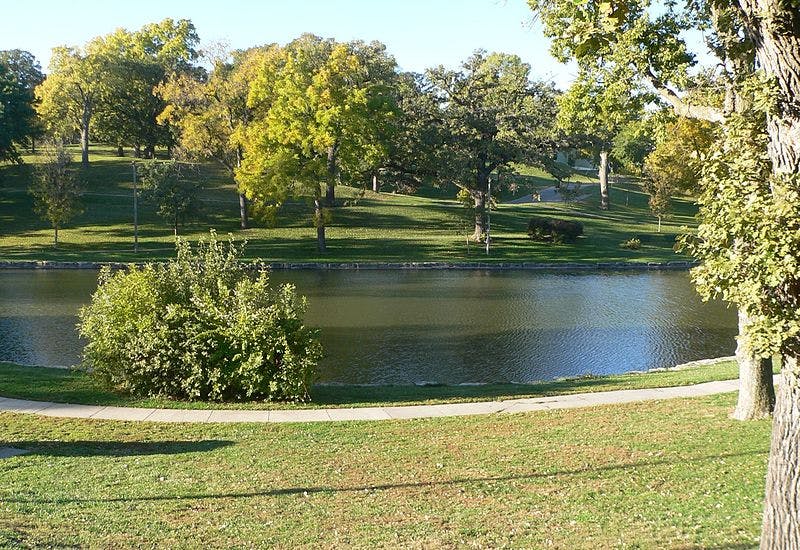 If you and your pup find yourselves in Hanscom Park, there are some fun outdoor activities that you can partake in. Hanscom Park Dog Park has all the features that dogs love including trees, hills and lots of mud! If you're visiting between May and September, there are also water fountains on site so you can quench your fur-baby’s thirst during all that play. This well-maintained park supplies poop bags and waste bins to help you do your part in keeping things clean. There are three separate sections within this dog park, one for small dogs, one for big dogs and one for both! If hiking is more you and your canine compadre's thing, check out Field Club Trail, one of the Rails to Trails conservation projects. 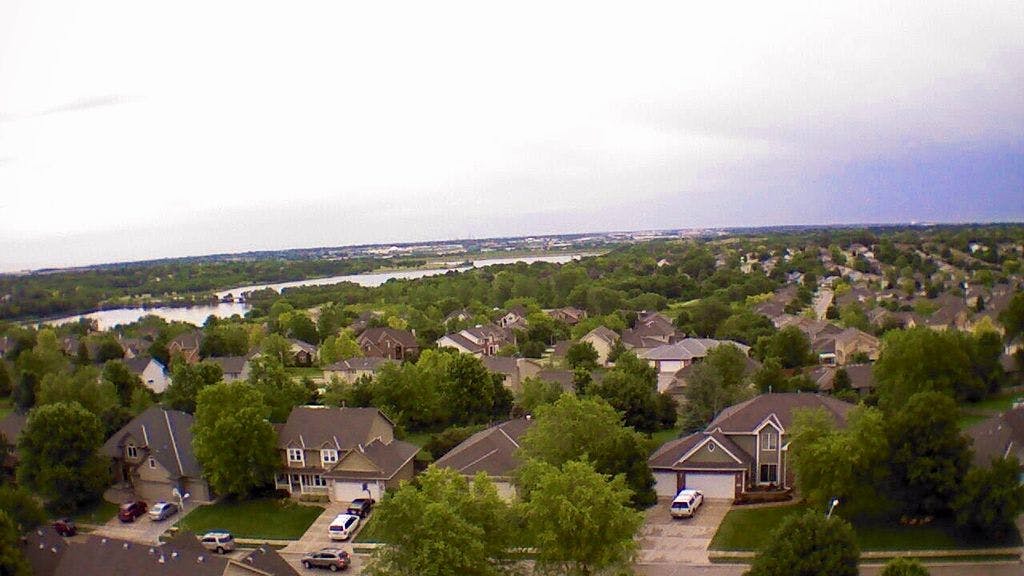 If you're looking for a fun way to spend the day with your pup, Westside has some great options. The entrance to Big Papio Trail can be found in Westside. This Rails to Trails funded railroad-turned-walking-path goes through almost 10 miles of city terrain. Leashed hounds are welcome on the paved pathway, that both starts and ends in a lush, green park! These grassy areas are perfect for pit stops or water breaks, but you'll have to bring your own as there aren't any public fountains. As with all Rails to Trails projects, the entrance has nearby parking and an info map available online. Why not get outside and enjoy the city scapes with your favorite furry friend in the Westside neighborhood?