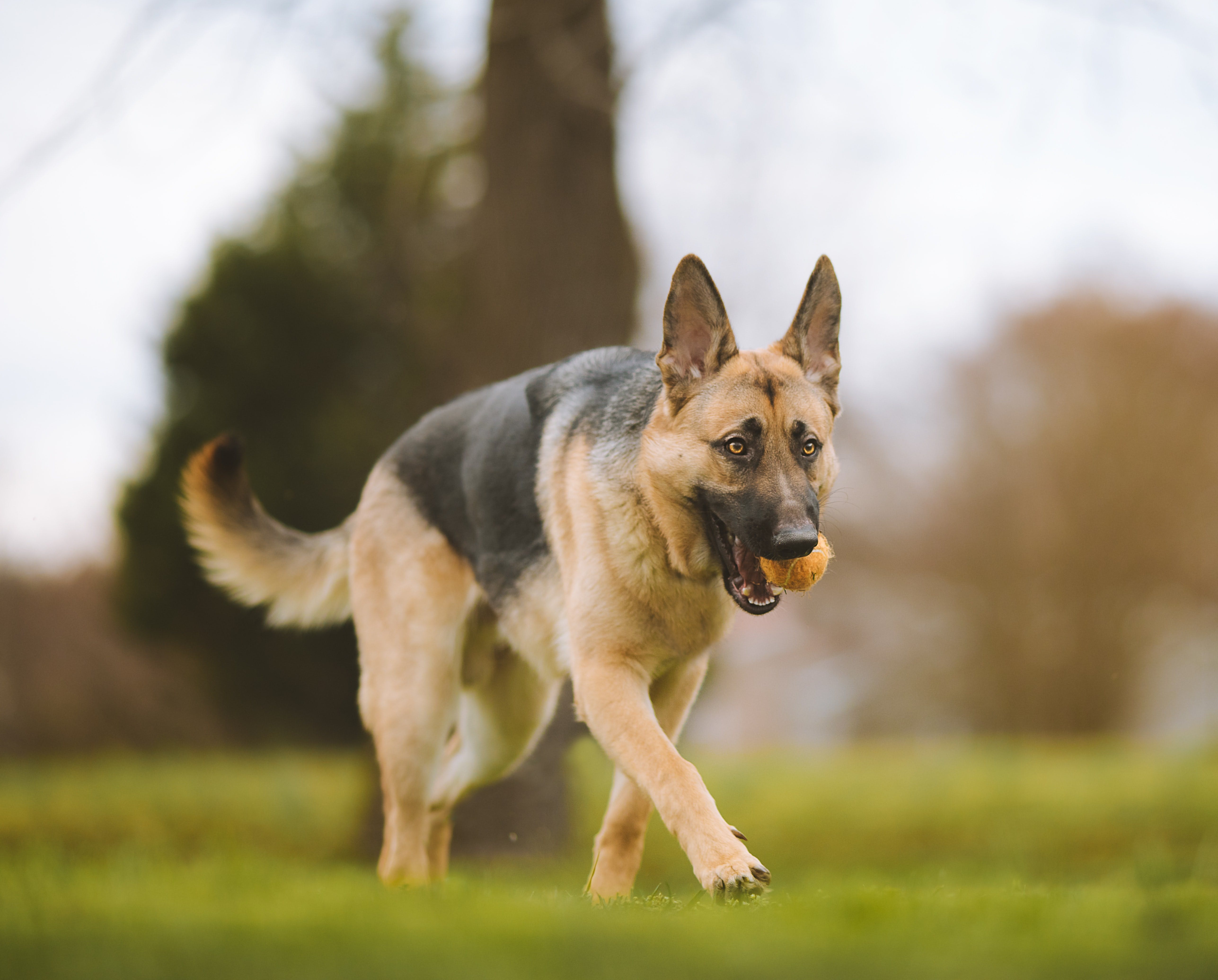 While heart diseases can occur in any dog, there are a few conditions that seem to recur in purebred dogs more often and are generally recognized as being genetic in origin. Genetics are involved in congenital heart problems, heart defects such as ventricular septal defects, as well as some “acquired” conditions that appear in adulthood. Acquired conditions often carry a genetic predisposition that makes certain breeds more vulnerable.

For example, Cavalier King Charles Spaniels have a genetic tendency to develop mitral valve disease. The condition affects about half of these dogs, as well as several other small breeds weighing less than 40 pounds.

Have you noticed signs that make you worry about heart disease in your dog? Let’s dive deeper into a few conditions that are most common in purebred dogs to see if your pampered pup is at risk.

Before a puppy is born, a blood vessel, called the ductus arteriosus, prevents blood from flowing into the lungs, which are designed to function only after birth. The ductus carries blood between the two sides of the heart, which circulates the mother’s oxygenated blood throughout the unborn dog’s body while in the womb.

With the first breath, the ductus arteriosus automatically closes, allowing the puppy to aerate its blood through its lungs. When it doesn’t close, the condition is known as patent ductus arteriosus. PDA is one of the most common congenital defects in dogs and may cause shunting of blood from the left side of the heart to the right side, or right to left.

Young puppies may show no outward signs of a left to right patent ductus. However, objective symptoms can be detected on examination, including:

If the patent ductus is large or results in a right to left shunt, symptoms of heart failure may appear:

Veterinarians agree that patent ductus arteriosus has genetic origins, but it may also be influenced by:

A thorough medical history, followed by a physical examination are the first steps in diagnosing PDA. Palpable vibrations in the chest may be the first sign, with an audible murmur.

To further diagnose the condition and determine the severity, the veterinarian may recommend chest x-rays, echocardiogram, and cardiac ultrasound. Blood tests will reveal signs of anemia and a low oxygen saturation caused by insufficient blood circulation.

The treatment for patent ductus is to close the vessel between the two sides of the heart, either by suturing during open heart surgery, or placement of obstructive objects during cardiac catheterization. The obstructive objects allow the controlled formation of clots at the site, occluding the hole.

Since patent ductus arteriosus can lead to congestive heart failure, surgery or cardiac catheterization may be preceded by medications that lower the blood volume and pressure, and diuretics that decrease the amount of fluid in the body.

Degenerative valvular disease is the most commonly seen in small or toy breeds that weigh less than 40 pounds. These at-risk breeds include Miniature Poodles, Cocker Spaniels, Pomeranians, Miniature Schnauzers, Dachshunds, small terrier breeds, and Cavalier King Charles Spaniels. The valves most often affected are the mitral valve which lies between the left atrium and ventricle (upper and lower chambers of the heart), known as mitral valve disease or endocardiosis, and the tricuspid valve which is on the right between the atrium and ventricle.

When the valves degenerate, blood leaks around them, causing a mix of oxygenated and deoxygenated blood in the heart. As a result, the heart has to work harder to provide enough oxygen to the cells, and the muscles become larger and less efficient.

The symptoms of chronic valvular disease (CVD) are the result of poor circulation of oxygenated blood to the body, and include:

The diagnosis of CVD entails a thorough review of symptoms, medical history, and physical examination. A heart murmur and possibly irregular heartbeats will be heard with a stethoscope. Further studies, including an EKG, x-rays, and an echocardiogram may be prescribed to identify the valve that is involved.

The aim of treatment is to lower the risk of damage to the heart muscle, increase circulation, regulate heart rhythm and rate, and reduce the likelihood of clots. Medications that are able to blunt or reduce the effects of the valve degeneration may be prescribed. These include pimobendan, angiotensin-converting enzyme (ACE) inhibitors, and spironolactone to treat high blood pressure and congestive heart disease. Diuretics may also be given to control fluid buildup in the heart and lungs.

Your veterinarian will likely recommend dietary changes to reduce blood pressure, such as a low-sodium diet, and regular exercise to the extent the pup can tolerate it.

Dilated cardiomyopathy, also known as an enlarged heart, occurs most frequently in large and giant dog breeds during middle-age. Dobermans, Great Danes, Irish Wolfhounds, Boxers, and Saint Bernards are common breeds that suffer from dilated cardiomyopathy. If not treated, this condition, like other heart diseases in dogs, can lead to heart failure and death.

Symptoms of dilated cardiomyopathy include:

While dilated cardiomyopathy is considered to be an acquired heart condition, the large dogs that suffer from it have genetic ties within their breeds. Other causes can include:

When a complete medical history and physical exam leads the vet to suspect cardiomyopathy, further tests will determine its severity and possible causes. An X-ray will demonstrate that the heart is enlarged. An electrocardiogram pinpoints rate and rhythm abnormalities, and an ultrasound will provide a good look at the heart’s structure and function. Blood and urine tests look at more generalized signs such as blood quality, inflammation, and other secondary symptoms.

The goals of treatment are to reduce or eradicate underlying causes, such as chemical disturbances. Supplemental enzymes and amino acids may balance these nutrients and allow the heart to function better and slow down the progression of the disease. While there is no cure, much can be done to increase your pup’s comfort and quality of life.

Medications may be prescribed to stabilize the heart’s rhythm and rate and to strengthen the muscle’s ability to contract and pump effectively. A diuretic may be given to reduce excess fluid and blood volume, reducing the workload on the heart.

Pulmonary stenosis is a condition that occurs when the valve from the heart to the lungs becomes thickened or stiff so that it blocks the flow of blood. In some cases, the valve will be totally frozen, only allowing small amounts of blood into the lungs to be oxygenated. Bulldogs, Boston Terriers, Boxers, Jack Russell Terriers, Newfoundlands, Labrador Retrievers, and Samoyeds are predisposed to this condition.

Dogs with mild pulmonic stenosis may be symptom-free, but advanced disease may cause the following symptoms:

The cause of pulmonic stenosis in dogs is genetic, and its occurrence is specific to certain large breeds as mentioned above.

Listening to the dog’s heart during a physical exam may be the first hint that the pup has pulmonic stenosis. There may be a murmur, but this isn’t definitive for a diagnosis on its own. To narrow down the field, the doctor will order imaging tests, including a chest x-ray and a film of the major blood vessels in and around the heart, called an angiogram.

An echocardiogram will provide a finer view of the valves and how well they’re functioning. An EKG, blood tests and urinalysis will help to diagnose the stenosis and its effects.

A pulmonary valve valvuloplasty may be done. This procedure involves inflating a balloon in a catheter inside the valve to widen it. This is typically done during cardiac catheterization and the pup is anesthetized to lessen discomfort and keep them still. Another type of valvuloplasty involves opening the dog’s chest and inserting a Gortex graft to keep the pulmonary valve open. The procedure is more complex than balloon valvuloplasty, but dogs seem to recover quickly.

There are also medications that assist with heart and valve functioning, including beta-blockers that strengthen the heart’s pumping ability by reducing blood pressure, nitroglycerine to open the vessels and relax their tension, and digitalis to slow the heart. If there are signs of complications such as heart failure, they will be treated as well.

Follow up care every few months is important to keep a close watch on this condition and prevent recurrence, as well as to assess the efficacy of the treatments applied. Some lifestyle changes may be recommended, such as weight management and exercise.

Large dogs such as Great Danes, Doberman Pinschers, Newfoundlands, Irish Wolfhounds, and Boxers have a predisposition to atrial fibrillation. The condition is defined as irregular contractions of the two upper chambers of the heart – the atria. When the individual muscle fibers contract out of rhythm, causing the atrium to look “like a bag of worms," this affects the ability of the heart to move blood through the body.

Symptoms of atrial fibrillation are similar to those of some other heart conditions:

After obtaining a medical history, the veterinarian will do a physical examination. The exam will include listening to the heart for irregularities, such as an erratic heartbeat. Blood tests, urinalysis, and a biochemistry profile may reveal an underlying cause or a systemic result of the fibrillation.

Imaging, including X-ray and ultrasound, will allow visualization of the heart organ and in-motion function. A definitive test is the use of a Holter monitor, a portable electrocardiograph worn for 24 to 48 hours, that shows extended electrical activity of the heart.

The goal of treatment is to restore the atria to their normal rhythm and rate to coordinate with the heart’s contractions. Medications that slow and regulate the heartbeat, such as digoxin, may be given. Other medications to slow the heart and return it to its normal rhythm include atenolol, propranolol, quinidine and others. An ACE inhibitor may be helpful in regulating rhythm as well.

When the heart is stable, any underlying conditions will be addressed and treated to prevent another episode.

If your purebred dog is at risk of developing a heart condition, check out our pet insurance comparison tool. Wag! Wellness lets pet parents compare insurance plans from leading companies like Figo and Healthy Paws.