The Basset Hound is a distinctive looking dog of French origin.  It’s renowned for its short legs, long body, droopy eyes and long ears – so adorable!  Sources suggest that this pooch can be stubborn and even sulky, but they also say that they have lots of personality and are great with children and other dogs.  If you are looking to name your new Basset Hound, then look no further.  This name guide is just what you need to feel inspired when naming your new four-legged friend.  The Basset Hound makes a great family pet or companion, and as well as being popular amongst celebrities, several Basset Hounds make appearances in TV shows and movies.

The word “Basset” actually comes from the French word “bas”, meaning short.  As a Basset Hound is of French origin, it makes sense that its name derives from a French word.  The American Kennel Club recognizes the Basset Hound as being part of the hound group of dogs, as it was used initially as a hunting dog.  They officially recognized this breed of dog in 1935.

This breed has certainly made its mark in the world of celebrities as actresses Doris Day and Jennifer Lawrence, and singer Shakira are all known to have owned a Basset Hound as a pet, along with actors David Arquette, Joshua Jackson and Clint Eastwood.  It certainly is a popular breed of dog; in fact, the American Kennel Club ranks this breed as the 39th most popular breed in America.

The Basset Hound is not only popular as a pet; there are many famous Basset Hounds. The spotlight name in this guide is the smurf-tastic Elway.  Elway is the Winslow’s dog in the 2011 movie, The Smurfs and he also makes a brief appearance in the sequel too!  Elway is a cute, lovable pet, and after the initial surprise of these strange blue creatures entering his home, he soon warms to the Winslow’s smurfing guests.  He even plays Guitar Hero with his tiny blue friends by operating the pedal.  Elway is played by a Basset Hound named Hank, and is owned by Bellingham Bassets.

The fame of the Basset Hound does not end there.  A dog named Clue appears in the American TV show, The Adventures of Mary-Kate and Ashley.  There is also Grace, the Basset Hound from Kit Kittredge: An American Girl, a 2008 TV show, and Fred, from the 1977 movie Smokey and the Bandits.  This breed of dog also appears in several animated shows too and animated dog, Droopy, is probably the most iconic animated Basset Hound.  The Basset Hound breed is certainly made for fame!

The Basset Hound is suggested by the American Kennel Club to be charming, low-key and patient. Patience is certainly a virtue when around children, and this means that this breed makes an excellent family pet.  They are not particularly an energetic breed, but walks are needed to keep your pooch fit and healthy, so it’s important to encourage exercise.  Name inspiration is everywhere for this adorable breed.  How can anyone resist the Basset Hound’s sad, needy, puppy-dog eyes?  Not me

Finding the perfect name for your four-legged friend can be a daunting task.  You are choosing a forever name, and that’s a huge responsibility. You want to get it right!

There are lots of possible name considerations to think about when naming your Basset Hound.  You could consider names inspired by color, like Ruby, or names that are inspired by height like Tiny or Shorty, or you might choose a name inspired by temperament, like Tinker, or even Howler for the noisy pooch.  If you have a pretty pooch, a name like Beauty or Beauregard could be the perfect choice.

There is also plenty of inspiration to be taken from pooches owned by our favorite celebrities too.  Elvis Presley, sang his song Hound Dog to a Basset Hound named Sherlock.  Brigitte Bardot is among the known famous owners of this breed too.

Take a look at our 30 best male and female names for your Basset Hound below and see if we can inspire you.  Why not write down the names you like?  You can then go back to them later to see which ones suit your new addition.  Shout them out to your pooch and see which one she or he responds too as it might help you decide on the best name.

My son is autistic and he wanted a name beginning with H so it would roll off the tongue, So he became Harvey Hound from the day we brought him home as a puppy. 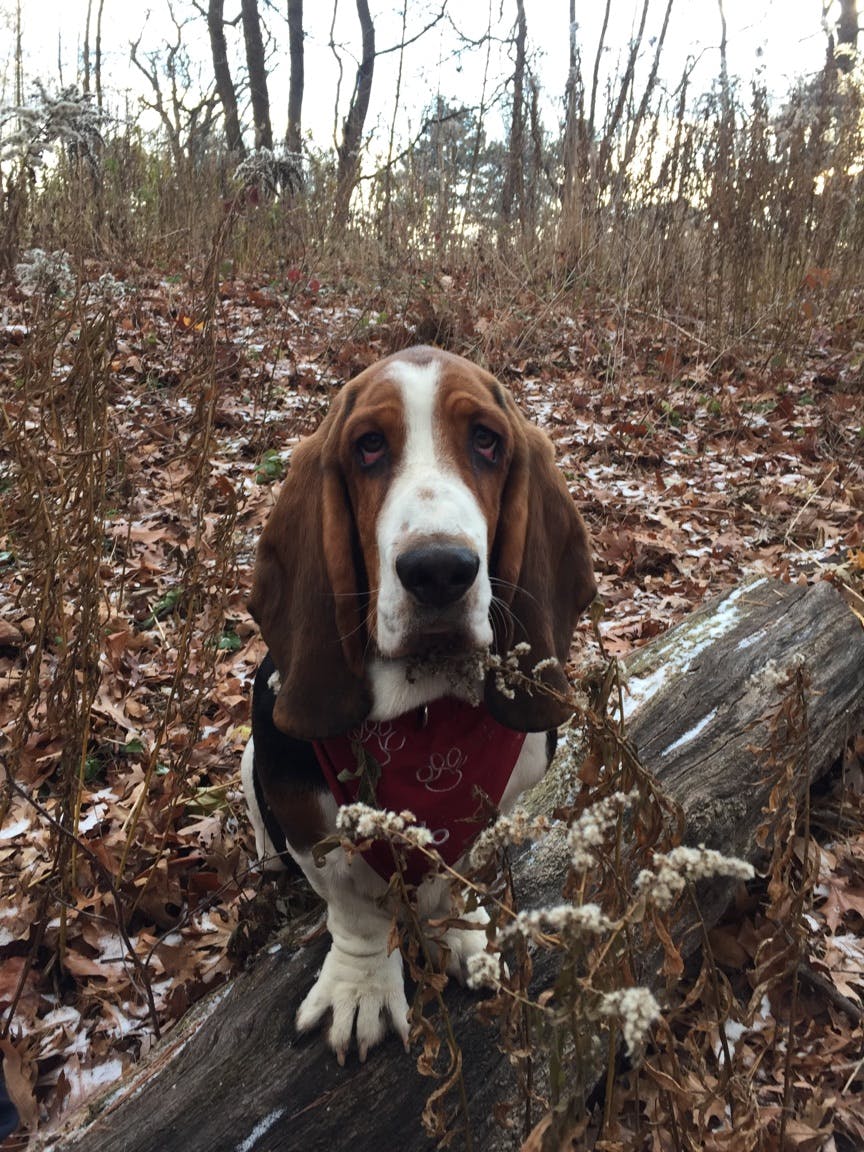 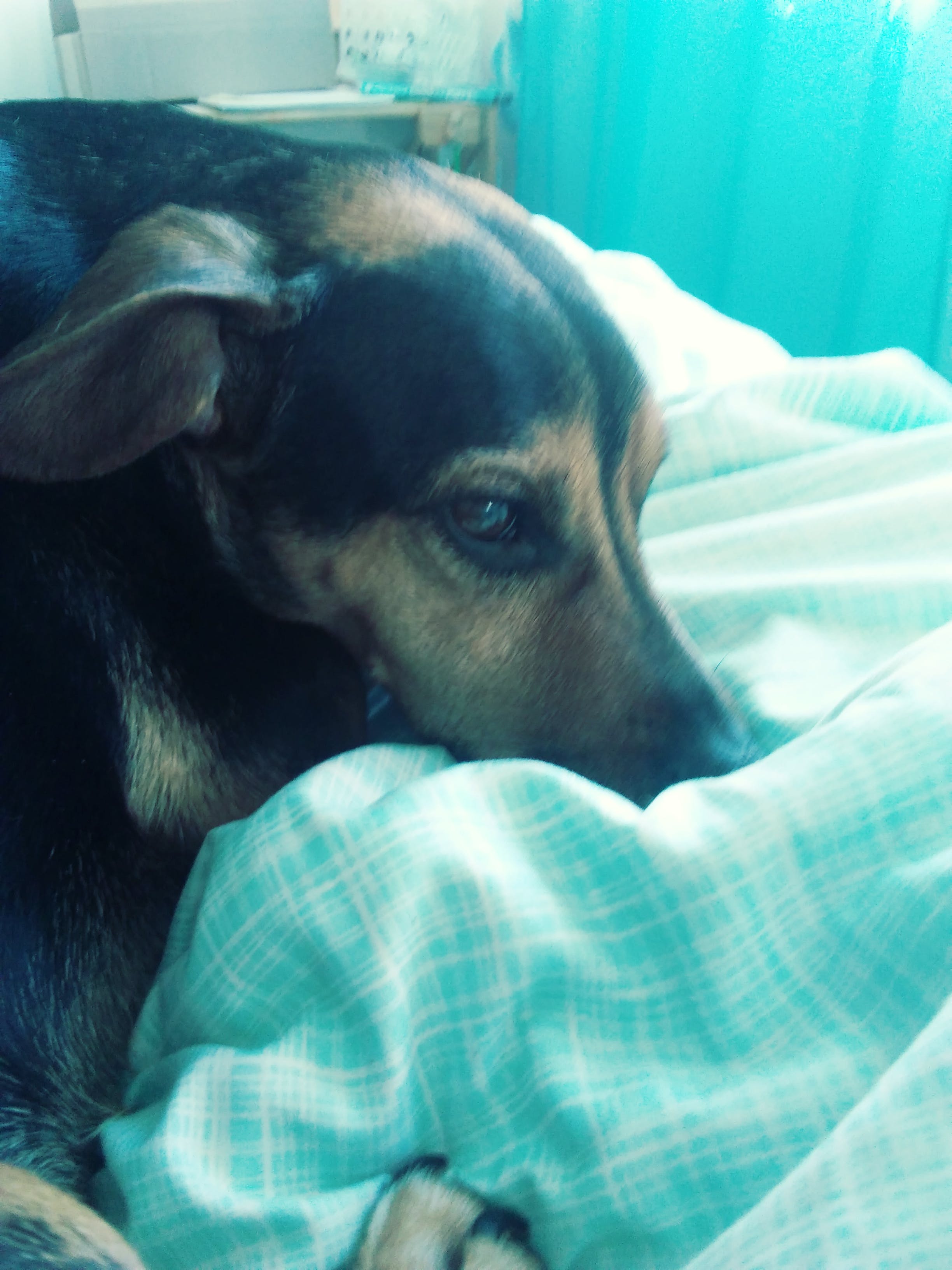 Got him as a early birthday present

When my daughter was two me and my husband got her a basset hound and they chose each other. My daughter couldn’t say puppy right and she said buppy and it just stuck.

she likes to sleep