The Kerry Blue Terrier is a show stopping kind of dog that grabs people’s attention anywhere they go. Their coat color comes in a variety of blue shades and is very dense. They have dark, intense eyes that are topped with distinguished eyebrows. The Kerry Blue Terrier also sports a jaunty beard, giving the long terrier head character. This terrier was once a common farm dog in their native Ireland used to control rats and other vermin around the farm. The Kerry Blue Terrier is a higher energy dog and does require a job to do or they will make their own fun. While not normally a barky dog, they can become loud when strangers approach their home. They also make great family companions.

When it comes to dreaming big, Mick was a superstar. In reality, Mick really was a superstar. He was the stunning Kerry Blue Terrier that captured the hearts of people throughout Europe when he won big at the Crufts Dog Show. Champion Torums Scarf Michael was only three years old when he won Best in Show at Crufts 2000 hosted at Birmingham’s National Exhibition Centre. Mick and his breeder, Ron Ramsay, were presented with the prestigious trophy by Prince Michael of Kent and Peter James, the chairman of the Kennel Club. Mick and Ramsay are from Tranmere, Merseyside. Mick was the top terrier in the country and had won five Best in Show and two Reserve Best in Show. After winning Crufts, Ramsay felt that Mick’s show career was finished because he had won the ultimate prize.

Mick’s win at Crufts 2000 was the end of an era that had made Crufts such a prestigious show. The quarantine laws in Britain changed in 2001 making it easier for foreign dogs with pet passports to compete at Crufts. This opens the show up to even more entries. In 2000, there were about 20,000 dogs entered. With foreign dogs now able to compete at Crufts, it was only natural that the Westminster Kennel Club in the United States allows foreign dogs to compete. It was decided in 2002 to bring Mick back to the Westminster Dog Show held at New York City’s Madison Square Garden in February of 2003. For the past two years, Mick has been overlooked because he would not settle while being examined by the judge. With a crowd of over 10,000 people, it can be a little nerve wracking for even the most seasoned show dog.

Mick was handled by Bill McFadden. McFadden had his work cut out for him since he was competing against the heavy favorite, a German Shepherd Dog named Dallas handled by James Moses. In 2002, Mick won big at the AKC/Eukanuba National Invitational Championship Dog Show held in Orlando, Florida. At Westminster, Mick posed perfectly for Judge Irene Bivin in the Best in Show competition. The total number of dogs competing at the 127th Westminster Dog Show was 2,603 with 159 breeds and varieties represented. Mick’s win at Westminster was his 113th Best in Show during his career. While Mick was not ready for full retirement after winning at Westminster, his show schedule was significantly pared down to give him a rest but still enjoy traveling around to various dog shows.

The Kerry Blue Terrier is a fun, smart, happy dog that loves spending time playing games or chasing vermin. These dogs are typical terriers and do require a significant amount of human interaction. They are a unique breed with a blue coat that can vary from a light blue to a dark grayish blue. The Kerry Blue Terrier has been in existence for centuries and is a well-known breed. Names from Ireland or that are strongly influenced by Irish traditions would be the perfect place to start when searching for the right name for your new Kerry Blue Terrier. Because of their mischievous personality, it is best to get to know your new Kerry Blue Terrier before you choose a name for them.  Finding names that the entire family can agree on may be the hardest part when trying to name your new Kerry Blue Terrier. Have everyone write down names that they like and then create a list based on those suggestions. Cross out any names that are similar to other dogs in the family or neighborhood and also get rid of any names that sound too close to typical commands you will be using in their training. Be creative and have fun when picking a name for your new family member. 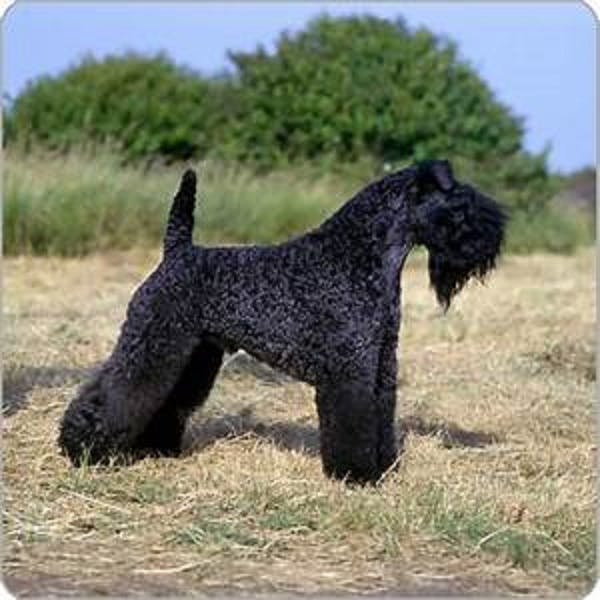